Markwood is converting the historic parking garage, formerly known as the May Company Garage, into a modern office space. 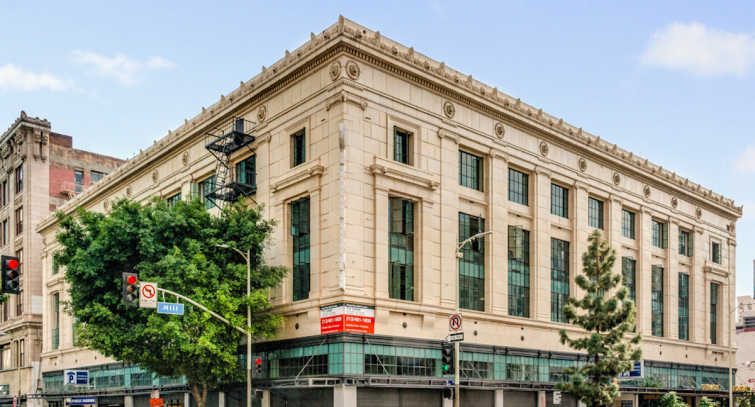 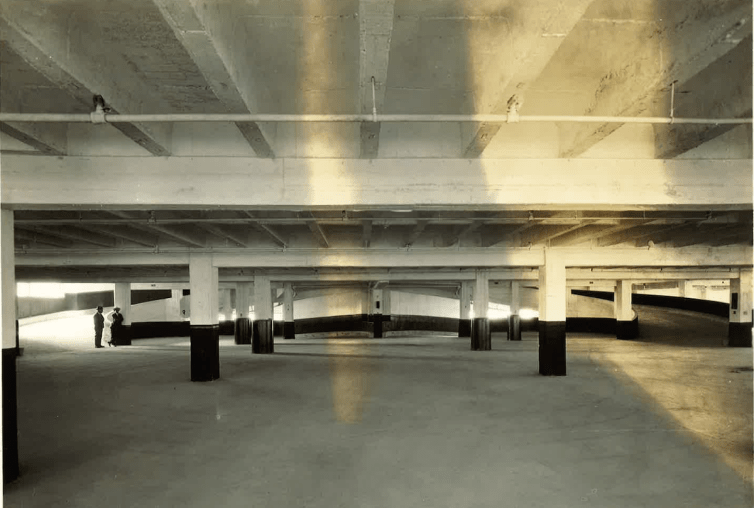 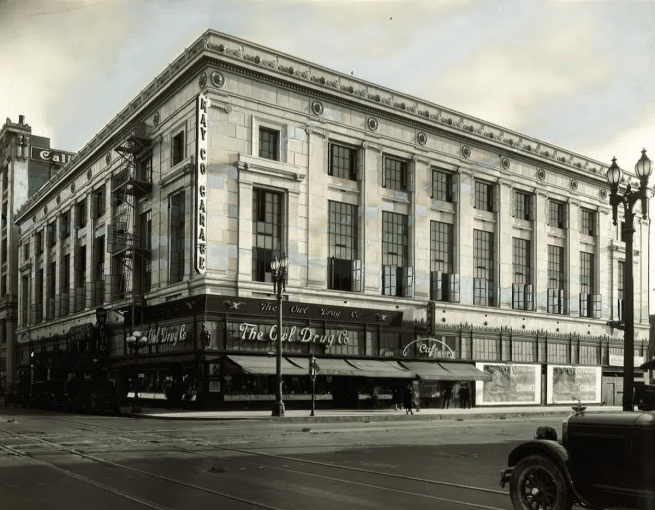 Downtown Los Angeles’ years-long development boom is entering the new decade, and some original structures from a century ago are due for new and improved uses.

Markwood, an investment and development firm based in Beverly Hills, is bringing an adaptive reuse project into the mix at West Ninth and South Hill Streets in the Historic District. The firm is converting the historic parking garage, formerly known as the May Company Garage, into a modern office space.

The property at 914 South Hill Street was one of the nation’s first parking garages with about 200,000 square feet across nine levels, including three below-grade, designed by the iconic architecture team Curlett and Beelman.

Markwood will tack on an 18,000-square-foot seventh floor, and convert above-ground levels into modern office space. There will also be 10,000 square feet of refurbished retail, an outdoor 5,000- to 6,000-square-foot pocket park, with the remainder reserved for parking.

Simon Aftalion, development director for Markwood, took Commercial Observer on an exclusive tour through the project, which is being designed by architects Steinberg Hart.

The May Company Garage was built to service and accompany the adjacent 1.1-million-square-foot property across the street, what was the former Hamburgers/May Company department store that spans a half block from Hill to Broadway in 1906.

The garage was the first parking structure of its kind on the West Coast. In 1927, he said the owners were issued a building permit. They tapped Curlett and Beelman, the team behind the historic Eastern Columbia Building across the street.

Three levels were added below-grade for guests or chauffeurs to park while shopping at the department store or the retail on the ground floor.

The steel-frame building “embodies the distinguishing characteristics” as an example of Beaux Arts commercial architecture, according to a 2011 report from L.A.’s Cultural Heritage Commission that designated the site a historic cultural monument. The original custom-made steel sash windows remain in the frames above the original tile flooring today. Aftalion said the terra cotta work is in adequate condition and will be revived in redevelopment. The company that produced the terracotta is still in business and still has the molds in its archives.

Other unique elements include grates and drains for people to wash their vehicles, tire replacement services, and store-to-car shopping bag delivery. The lower levels were built to accommodate an adequate temperature for the storage of perishable goods purchased from the May Company Department Store.

The retail was occupied by Owl Drug Company and a Firestone Tire store, and the transformer on the subterranean level still has power switches and levers designated for “Firestone” and “Owl Drug Store.” And Aftalion said they can recreate the original signage for those stores to enhance the historic elements.

“It’s a tragedy that downtown was so glorious and then became what it was for a stretch of 30 to 40 years,” he said. “But, the silver lining is a lot of our buildings were untouched … It’s just so dissimilar to a lot of these buildings you see which were changed over the years in different ways.”

The project will utilize the Mills Act program, which allows tax benefits for historic landmarks so long as many of the historic aspects remain intact. Aftalion said they were able to redo a previous Mills Act contract to be able to achieve the existing plan.

“We love that we own a historic building,” he said. “There’s a lot of parking right now, and the parking structure is mostly empty. It’s just not a necessity anymore for this district, and we want to modernize … We’re trying to celebrate the building, bring it up to a use that’s relevant for now, and 100 years from now.”

The helix ramps between the parking levels are some of the historic aspects that will remain. Aftalion said they were “engineering marvels” at the time. In the converted office space, the ramps will be maintained, but Markwood can convert them into other uses, such as a stadium stair that lets in light. The option has become known as “Simon’s stair to nowhere” among people working on the project.

Aftalion said Markwood intends to own the building for the long term.

“This building — I’ve never worked so hard for something in my life,” he said. “Hopefully we can cut a ribbon soon.”