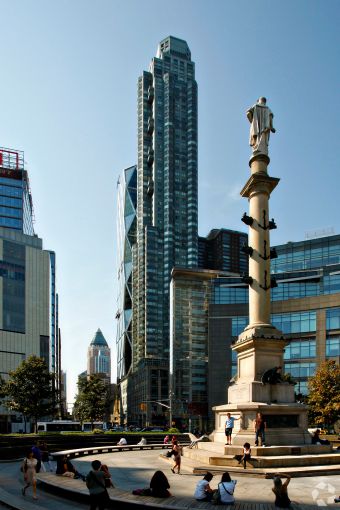 The donut and coffee chain will move back to 973 Eighth Avenue, between West 57th and West 58th Streets, after vacating the space a few years ago in search of cheaper rent. Asking rent in the 15-year deal was $275 per square foot.

The 1,100-square-foot lease almost didn’t close because of the coronavirus epidemic, but it was ultimately signed on Tuesday. Tenant brokers Louis Franco and Joseph Isa from Isa Realty said they were able to modify the deal in a way that was favorable for both sides, especially given that New York City retailers may not be able to re-open for weeks or months.

“When [the coronavirus outbreak] was in China, we started talking with our attorneys, our landlords, our tenants and it was something we were prepared for,” said Franco, the lead broker on the deal. “Since we were prepared and quick to maneuver, we helped the landlord understand the tenant’s risks and we were able to help the tenant make a deal.”

Dunkin’ had previously occupied the 973 Eighth Avenue storefront in 2015 but moved to 309 West 57th Street, between Eighth and Ninth Avenues, in search of cheaper rent. It’s making the move back after retail rents have fallen dramatically, lowering the rent on the Eighth Avenue space below its current rent on 57th Street.