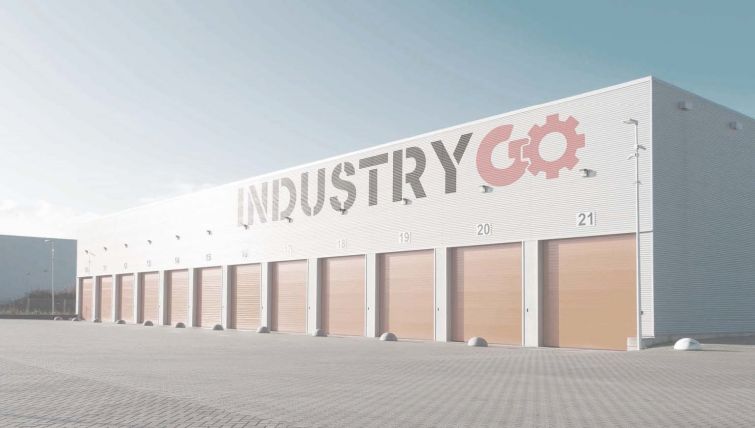 A rendering of what the warehouses will look like following their repositioning to INDUSTRY GO studios. Courtesy: Columbia Pacific Advisors

A joint venture between Criterion Group and One Stop Properties has nabbed just under $48.3 million from Columbia Pacific Advisors’ bridge lending platform to acquire two Jersey City, N.J. industrial properties and convert them to film and television production studios, Commercial Observer has learned.

The borrowers have partnered under an entity called INDUSTRY GO to reposition two industrial assets located about a block from each other at 14-16 Burma Road and 150 Theodore Conrad Drive on a lot that borders Liberty State Park on the Hudson river waterfront in Jersey City.

This financing package, which closed on Feb. 28, will help facilitate the joint venture’s acquisition of both warehouses and their subsequent conversion to 180,777 square feet worth of prime film and TV production space — 110,308 square feet for 14-16 Burma Road and 70,569 square feet for 150 Theodore Conrad Drive, with both featuring 50-foot minimum ceiling heights.

The developers renovations will include raising the roof heights, “repowering,” adding new heating, ventilation and air conditioning systems and a full structural reinforcement, sources said. Despite the financial fallout from the novel coronavirus outbreak in the U.S., sources with knowledge of the deal told CO that the developers are still in line to move forward with the project as planned.

“The need for studio production space in the New York metropolitan area is continuing to grow due to an increase in demand for new film and television content, and we believe 14-16 Burma Road and 150 Theodore Conrad Drive are well positioned to capitalize on this trend,” Will Nelson, a senior vice president of real estate lending at Columbia Pacific Advisors, said in a prepared statement. Nelson originated the loan, while Columbia Pacific’s Scott Schneider underwrote it.

The properties are located just a couple blocks from another Criterion-owned production studio called Caven Point Studios, a 135,000-square-foot asset that is nearly completed. Criterion and partner Simi Capital got roughly $24.9 million in debt from Columbia Pacific Advisors last year for the purchase and repositioning of Caven Point.