A Historian Looks at NYC’s Response to Past Disasters

As New Yorkers hunker down due to the coronavirus, wondering if life will ever get back to normal, they might take some small comfort in knowing that life in New York City always does/ 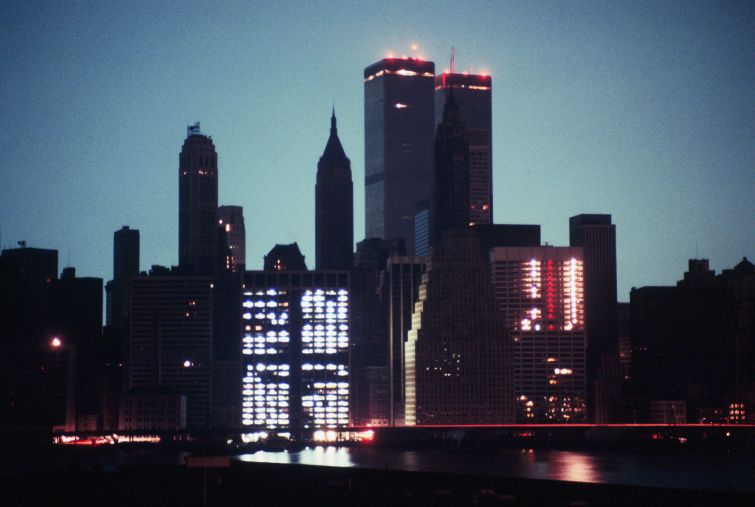 But the aftermath saw not only a full recovery but a massive reinvention of New York’s infrastructure, creating a cleaner permanent water system via the Croton Reservoir.

New York has suffered more than its fair share of tragedies over the course of its existence, from the cholera epidemics, to the 1918 flu, to blackouts, to 9/11. But as New Yorkers hunker down due to the coronavirus, wondering if life will ever get back to normal, they might take some small comfort in knowing that life in New York City always does; in fact, it usually moves itself forward in the process.

New Yorkers have faced hardships since our country’s earliest days. In 1776, as General George Washington prepared to fight the Battle of Brooklyn (also known as the Battle of Long Island), a fire erupted that burned down half the city.

Washington was right, and the battle, fought near what’s now Brooklyn Heights, became the biggest of the Revolutionary War. Washington lost that battle, and the British chased him and his troops up toward Harlem.

But somewhere along the way, a massive fire broke out. Draper said the exact origin is unclear, as it made little strategic sense for either side to start the fire deliberately, but the resulting flames burned half the city to the ground.

“The fire destroyed a lot of buildings in lower Manhattan, including the original Trinity Church,” Draper said. “It was probably an accident. All the buildings were made out of wood and were right on top of each other, so if a fire started, it very quickly went to the next building, then the next, and so on. More than half the buildings in the city were destroyed.”

As it happened, the British took control of New York City shortly after, so rebuilding was put on hold. But after the war, when the city was designated the new nation’s capital, New York’s recovery was swift.

“It was only within a few years,” said Draper, of the rebuilt cityscape. “It was relatively quick because these were mostly two-story buildings. It’s not like trying to build a skyscraper. By the time you got into the 1790s, the Bank of New York had been founded, and the city was up and running. By then, the city was starting to expand northward, and we were becoming a very prosperous city.”

Looking at the 1832 epidemic, this was another case where a dire situation for New York eventually propelled it into a more modern age, thanks to the realization that the epidemic was caused by a contaminated well, located where Soho is today.

“The city started to realize they needed to step it up to protect the citizens, because there was fear and panic, and we didn’t quite understand the micro world the way we do now,” Draper said. “The city realized they needed to get a fresh, clean water supply for the city, and this was the catalyst for the Croton Reservoir.”

New York endured two more cholera epidemics that century, in 1849 and 1866. The second of these led to the formation of the Metropolitan Board of Health, the city’s first health agency, and just one more way New Yorkers took positive action from the lessons learned in a tragedy.

“One of the things that came from this almost immediately is that the city set up emergency public hospitals in schools and other buildings,” said Draper. “The idea of looking at housing and how people lived … this really woke people up to thinking that maybe people needed better, more sanitary conditions.”

Modern times have brought about more modern tragedies. The blackout of 1977 occurred during one of the current city’s most dire eras.

“It was one of the worst economic periods in New York City history,” said Draper. “We were on the verge of bankruptcy, and what they were doing in New York was the wrong way to go about it. They started to cut city services. They cut sanitation, so the city got dirtier. They cut the fire department. Well, there’s fires, and they spread more, so there was more destruction. And they kept cutting the police force, so crime started to go up.”

When the blackout hit, looting was out of control.

“What people realized was, ‘I can break that window, and no alarm goes off. I can go in and take whatever I want, and there’s not enough police.’ Everybody was doing it,” Draper said.

But even at a time when the city was often likened to a war zone, most of the city pulled together.

“Things started to slow down from a community standpoint, because 99 percent of the people are not gonna do that,” said Draper. “People started to police [each other]. When you look back and read stories and accounts, people came out of their buildings to help protect store owners. You don’t read about that as much because the craziness sells better. It caught your attention more on television to see the pandemonium. We weren’t really seeing the good part: people standing up and saying, ‘Stop this. Don’t do this.’ ”

By the following year, Draper said, new mayor Ed Koch began to reverse the sharp cuts of the past, hiring more police, firefighters and sanitation workers.

The tragedy of 9/11 was, of course, of a far greater magnitude, but also demonstrated the resiliency of New Yorkers.

“Almost immediately, the reaction was, get up and get everything back to normal as quickly as possible. We had to show that the city is up and running again,” Draper said. “So it was a big deal at Shea Stadium when they started playing baseball again [one week later]. The attitude was: Go out, support your local business, go out to restaurants, let’s get the economy up and moving again. If we would have given in to fear, that would have affected everything a lot more.”

By the time the city suffered its next blackout, in the summer of 2003, New York was a very different place than it had been in 1977, the decline in crime as massive as the rise in salaries and rents.

The reaction of New Yorkers couldn’t have been more different either.

“A lot of it had to do with how the economy of the city was better,” Draper said. “There was a lot less unemployment — it was very low compared to how it was in the 1970s. The city had a much stronger financial foundation.”

Rather than looting and a general sense of dread, the blackout of 2003 turned into one big citywide party for many, as bars with no electricity broke out the candles and stayed open, often boasting packed houses.

“There was no sense of fear to this,” Draper said. “I think most people in New York who remembered ’77 held their breath for a minute, but people kept their cool and went out, going to bars and restaurants. The attitude was, ‘The lights are out, and it’s not going to affect me. Let’s just keep going.’ The difference between 1977 and 2003 was that most people living in New York were not walking around every single day looking over their shoulders, thinking, ‘I can’t go into this neighborhood because it’s dark.’ In the 1970s, that was always the attitude. In 2003, even the people that lived through 1977 weren’t thinking that way anymore.”

So, by the time Hurricane Sandy hit in 2012, the mood in New York was largely one of cooperation, as prolonged volunteer efforts helped many damaged businesses get back up and running. Draper highlighted how, by that time, New Yorkers had faced a compressed roster of disasters following 9/11, the subsequent anthrax attacks, and the 2003 blackout. Banding together to help had become something of a reflex.

And that leads us to this, life in the age of the coronavirus. New York City is currently shut down like it never was before, and what comes next is anyone’s guess. But looking at our history shows that however dire things become, New Yorkers are capable of paving the road forward by working together to rebuild.

“New Yorkers really came together after Sandy, and they do that after every tragedy,” Draper said. “I [hear] so much from people outside of New York about, ‘Are New Yorkers cold; don’t they keep to themselves?’ Actually, no, they don’t. People are surprised by how friendly New Yorkers are, [and how they] try to help those in need.”