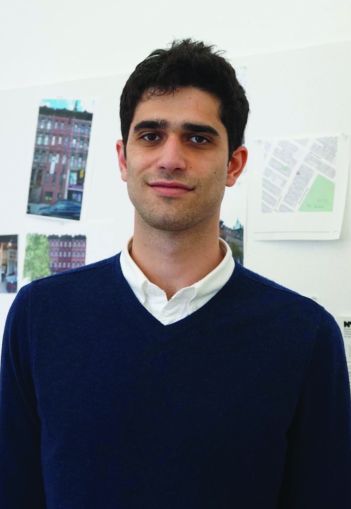 Hot on the heels of New York’s heaviest-hitting lenders, landlords and developers are the smaller, up-and-coming players that some consider the lifeblood of the industry.

One such player is Urban Standard Capital, a young and versatile shop. Since 2015, Urban Standard has carved out its own space in not only developing and acquiring assets but also providing smaller-balance senior and mezzanine loans and preferred equity.

In just the last couple of years, after first building its business around value-add investing and developing, Urban Standard has been expanding its loan portfolio. It’s gone from providing just a few million in loans in 2018 to around $150 million in 2019. The firm projects its book of loans will reach between $300 million and $400 million this year.

Commercial Observer: What brought you to the real estate industry?

Ben Barasch: I was one of those kids who had an obsession with real estate because my grandfather — who was a Holocaust survivor, with no education — after [Word War II], moved back to Germany to develop real estate. There was demand due to all the destruction and he was able to carve out a real career for himself. So, whenever he’d come to New York to visit us from Germany, we’d always drive around the Upper West Side, and he’d point out the buildings he loved — The Beresford, The Ansonia, some of the classic architectural masterpieces of our neighborhood. That sparked this interest in me. From then until now, I was doing everything from tax lien acquisitions to investment banking and real estate brokerage and everything in between, just because I loved the industry so much. Now I’m here, where I get to work at a younger company and work on development and lending and asset management; it’s a pretty perfect spot for me.

Tell us about the start of Urban Standard Capital and what it offers today.

We started Urban Standard in 2015 with our development vehicle. Before then, I had been working for our founder Seth Weissman; he had an existing portfolio of rental buildings, mostly in Northern Manhattan and Brooklyn. So, when we launched with the development vehicle, we were focusing mostly on value-add multifamily conversions and we had a few ground-up development projects in downtown Manhattan. As we grew into 2016 and 2017 we wanted to increase deal flow, but we were finding that what we were able to bid on certain properties was far from what sellers were expecting. Deal flow wasn’t where we wanted it to be and that’s where we saw the opportunity to get into the credit space and start lending on assets we’d buy ourselves on the equity side — just approaching it from that different angle. What sets us apart is we’re developers and lenders, so we’re able to step into the shoes of our borrowers through underwriting. When we started, we weren’t doing loans, but these days our highest-growth area is the credit business; we did about $150 million in loans last year, and the year before that, we were just doing a few $1 million and $2 million loans — it was just a few million total, and we’ve increased that exponentially. Now, we’re doing approximately $15 million to $20 million per month. In the last 18 months, we’ve had more focus on the credit business, but the work doesn’t stop on the equity side.

How did your equity investors perceive the founding of the lending platform?

We had a number of investors that wanted to keep investing, but we didn’t want to compromise the quality of the assets on the equity side just to meet investor demand. In approaching the credit business, it gave us a chance to unlock a bit more deal flow while banking on some of the strengths and expertise we already had. For our investors, it gave them a different risk profile that complements itself well to our equity investments.

Which loan products do you offer?

We’re doing, for the majority, senior loans, but we do a lot of mezz and pref, so it really runs the gamut. We see ourselves as a flexible lender. We’re able to do smaller-balance pref and mezz that some of our competitors aren’t willing to do. We like those deals, but it’s because we’re able to underwrite the assets fairly accurately — which I think those more aggressive positions necessitate — because we think, “if this was our project, would we be able to achieve the returns they’re showing.”

How did you assess New York’s lending environment when identifying where you’d fit in as a newbie?

It’s a competitive space so we weren’t able to raise our money and then step into the market and say, “Here we are!” So, in the beginning, we had to be flexible and patient about the assets we were going to invest in because reputation is a big part of this business. When you don’t have one, you have to forge it, and that means starting at the bottom. And that meant a lot of small balance loans and everything from houses in the Hamptons to a religious facility in Westchester to a three-bedroom condominium in Soho to sub-$1 million second positions — really anything we could to make a name for ourselves.

At this point it’s mostly family offices and high-net worth individuals, and a lot of them are repeat investors from our other platforms.

In terms of your history with ground-up development, why have for-sale condos been somewhat of a focus?

I will say that our projects are smaller, more boutique condo projects, and I think the pricing is still competitive. We’re not up there offering units in massive towers; it’s a leaner product that I think is a better value proposition in today’s market. But, it’s also all about location; our projects are in areas that are somewhat underserved for condos. Demand is submarket specific and we feel pretty confident in both our basis and the markets we’re in.

Your firm is all over the city with some deals sprinkled throughout the tri-state area. What areas do you find to be most challenging?

We’re seeing a lot of demand for condo inventory loans and for ground-up development loans for condos. The biggest challenge is finding a way to make those deals work as rentals. For us, it’s about trying to make sure we’re not being too aggressive on for-sale projects, just given where the market is. We still think there’s a right basis for those deals, but we have to be careful in seeing how many units are going to be in a given submarket in the same timeframe as our investment is looking to launch. We just have to be careful about supply and make sure that our investments work as a rentals while still letting the borrower benefit from the upside of potential condo sales.

How has rent regulation shifted the way you think about rentals?

Part of it dovetails to us taking a step back on the equity side of things — now focusing more on credit — because we wanted to take a ‘wait and see’ approach. I would say starting around 2016 and early 2017, we saw the writing on the wall that there would be a change in the rent regulation rules. So, luckily, we didn’t really invest in many rent-stabilized assets over that period. As far as borrowers go, for the people who bought that product at high valuations, that’s equally as challenging to finance as people who are looking to sell out very aggressively on condos. This doesn’t apply to everyone, but people who got aggressive financings on their rent stabilized buildings are going to have to come to terms with the fact that the buildings just aren’t worth what they were and that they’re going to have to inject more equity into the deal in order for us to refinance with them. There’s just a certain reality to the rent roll being what it is, and we can’t bank on any future changes in the rules as far as making new loans. In certain cases, we’re able to help people with rent stabilized properties refi, if their original position was somewhat conservative; we can get them a few more dollars more quickly than your average bank. But, that only goes so far because the upside is fairly limited. Either these owners will sell [to a big shop], who can close quickly and confidently and just move on, at a discount and take a bit of a haircut, or they’ll refi with somebody like me and put more equity into the deal; there aren’t many more options other than to just sit on it.

What are you steering clear of in New York?

Well, I think there’s a correct basis for any project, which is why you’re seeing us lend in spaces like industrial or houses in the Hamptons — not our typical bread and butter. There’s a right value for anything, it’s just a question of being conservative enough and studying the asset enough to make an educated decision about it. We don’t think of it as a zero sum game. Yes, the condo market has been a little soft, but that doesn’t mean we don’t believe in condos. We just have to be a little smarter and more conservative in how we underwrite them.

Which other asset classes have you dabbled in?

Industrial hasn’t been our bread and butter. What we’ve lent on are industrial sites for repositioning, so industrial sites that generate income that also have value as development sites. But, we’ve done some office and also community facilities that are meant for medical [uses]. It’s really any asset class under the sun. I want to find something I haven’t done yet so I can say I’ve literally done everything. We’ve done a few office deals. I was actually just in one of our office investments in the Hell’s Kitchen area; it’s a brand new office product. We look at it like any other asset, the comps and what it will take for the property and the borrower to get conventional financing and take us out. Even if their goal is to sell as office condos or to sell the building, we need to make sure they are able to hit the projections we’ve underwritten, and we focus on whether there are enough proceeds to get us out of the deal, and in those cases, we’re confident.

From where in the city are you seeing the most loan requests and for what types of deals?

In areas where there’s a concentration of new development. That’s vague, but it’s really the truth about where we’re getting the most demand. It’s from people who are looking to develop for condos or people who are looking to refinance with condo inventory. I think banks are less willing to be aggressive on development for condominium sales, so you’re seeing a lot of financings with private lenders like ourselves because we are able to get more aggressive proceeds; but [borrowers] know we’re able to close with certainty of execution.