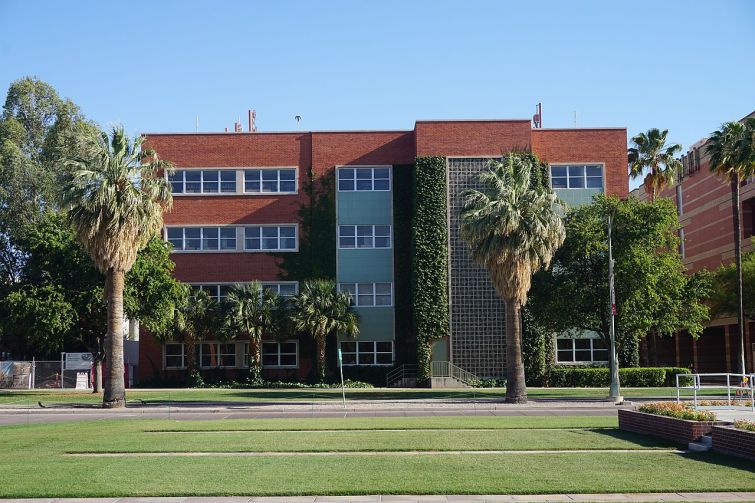 Buildings at the University of Arizona. Photo: Wikicommons

Nelson Partners Student Housing has picked up a $90 million loan to buy a large student housing complex near the University of Arizona in Tucson, Commercial Observer has learned.

The 10-year loan from 3650 REIT funds Nelson’s acquisition of Sol Y Luna, a 977-bed private dormitory at 1020 North Tyndall Avenue in the southern Arizona city, about two blocks from the university’s campus. Nelson paid $195 million to buy the property, a pair of connected 14-story buildings, from GMH Capital Partners, according to 3650.

Sol Y Luna’s residents live in 341 furnished apartments that range from one to five bedrooms. As is de rigueur for private student housing properties near big colleges, Sol Y Luna’s amenities range from practical features to perks, such as a rooftop pool deck, yoga studio, a hot tub, a steam room and fire pits.

Toby Cobb, a 3650 co-founder, said that those niceties, as well as the property’s proximity to the campus, would serve it well amidst a competitive private housing scene for students in the city.

“You’d worry about supply a lot more in a secondary location,” Cobb said. “We believe that [Sol Y Luna]’s superior location will help in the long run, and certainly for occupancy.”

The purchase makes the property the largest yet in Nelson’s portfolio. The Aliso Viejo, Calif.-based company also owns private dorms in Utah, Vermont and Oregon. Representatives for Nelson didn’t immediately respond to inquiries.

“The default and loss characteristics of multifamily are just better, and to the extent we can do more multi, we think we’ll have better performance,” Cobb said. “That applies to student housing as well.”

He acknowledged that student housing has shown weakness in some areas of the country. The CMBS delinquency rate for the property type remains elevated.

But those problems are less of a worry at well-located assets near the biggest universities, according to Cobb.

“There’s been some noise around student housing, but not around schools with this many students, [nor around assets] immediately across the street from the school,” Cobb said.

Nearly 32,000 undergraduates attended classes at the University of Arizona’s main Tucson campus last year — a figure that’s grown about 4 percent over the last decade, according to the institution. Overall, the university claimed about 46,000 students last year, including graduate students and people seeking degrees online.

Although construction at Sol Y Luna only wrapped up six years ago, the project has already changed hands several times. Developed by Campus Acquisitions — a Chicago-based firm that has changed its name to CA Student Living — the dorm sold to Kayne Anderson Capital Advisors, which then flipped the properties to GMH Capital Partners in 2015.