There’s a Dorm Brewing: The Struggles of Student-Housing CMBS Loans 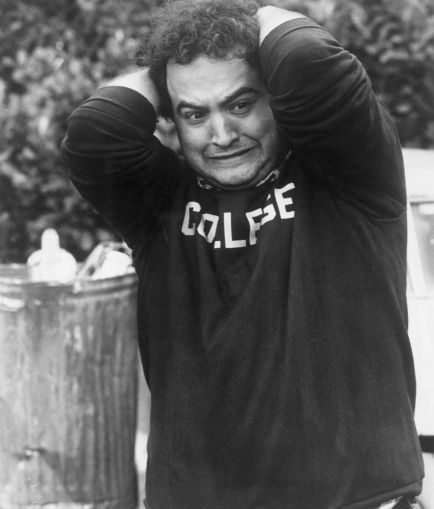 Kitchens with breakfast nooks. A washing machine and dryer in every apartment. A tanning bed. A large, resort-style swimming pool surrounded by lounge chairs and trellises for shade. When it opened in 2013, Aspen Heights, a private dormitory near the University of Missouri’s main campus in Columbia, Mo., looked like it had a lot going for it. A far cry from standard on-campus dorms where roommates often cram two twin beds into a single room and share a bathroom with a dozen others down the hall, the gated, garden-apartment-style community’s docket of two-, three- and four-bedroom apartments boasted more amenities than many working Americans’ apartment buildings.

But six years later, Aspen Heights in Columbia is no more. Citing poor income performance and declining occupancy, the special servicer of the property’s CMBS loan took over the $50.2 million outstanding balance on the asset in late 2017, and the sponsor, Aspen Heights Partners, got a default letter 10 months later. Today, a website for the private dorm says it’s under new management, rebranded as Elevate231. (Aspen Heights hadn’t responded to an inquiry by press time.) The swimming pool, basketball court and tanning bed remain: souvenirs of a losing skirmish in what CMBS analysts are calling the subsector’s amenities arms race.

“I think that’s the single biggest issue for student housing,” said Manus Clancy, a CMBS researcher at Trepp. “A lot of the [inventory] was built four or five years ago, with things like lazy rivers and media rooms. But students tend to be pretty fickle. They want the latest thing.”

As a result, a growing tally of CMBS-backed student housing properties are landing in special servicing or default, marking student housing as one of the few areas in post-crisis securitized real estate lending that has shown systemic signs of distress. Among the $1.53 billion of CMBS loans made on properties built after 2010, the delinquency rate has risen to 15.3 percent, according to Clancy’s research — more than six times the overall proportion of delinquent CMBS loans.

Against a relatively benign CMBS backdrop, the sector’s poor results stick out like a sore thumb. Though student housing loans are usually jumbled into conduits alongside properties from a diverse asset-class mix, they’re responsible for a vastly disproportionate set of problems. Though they’re just over 11 percent of the overall CMBS multifamily universe, student housing loans account for a shocking 44 percent of multifamily delinquencies, as per a study by Fitch Ratings. (Still, at just 2 percent of outstanding CMBS 2.0 loans, student housing woes remain an isolated issue.)

The problem, as Clancy sees it, stems from developers’ strategy of drawing students into leases co-signed by their parents by offering outlandish sets of common amenities like those available at the former Aspen Heights property. The segment of the market that consists of pared-down, basic properties with more affordable rents “soldiers on,” Clancy writes in a new report. “[But] on the other end, there is a constant new supply of amenity-rich multifamily units coming onboard.”

That’s made it difficult for private dorms to keep up with the Joneses — even for properties that were only built within the last decade or so. In Oxford, Miss., a $38.2 million CMBS loan helped PPG Manhattan Real Estate and H. Katz Capital Group buy the 753-unit Highland Square dormitory near the campus of the University of Mississippi, also known as Ole Miss, in 2015, at a moment when the then 8-year-old building enjoyed a 95 percent occupancy rate. The property comes with an astonishing list of amenities, including a private shuttle to campus, an outdoor fireplace and not one but three swimming pools. Still, those niceties haven’t proven sufficient to outshine the competition. By September 2018, occupancy had fallen below 70 percent, and the loan was transferred to its special servicer, Rialto Capital Advisors, three months later. Now, the landlords are facing foreclosure even as the ownership duo is working with Rialto to right the ship.

The reason for the distress? “Borrower indicated the student housing market is overbuilt and enrollment at Ole Miss has been stagnant,” according to the special servicing notes. (PPG and H. Katz didn’t respond to inquiries.)

A decade ago, student housing was considered one of multifamily’s most stable subsectors, but that has changed as developers have reenvisioned the asset class as a competition for who can bring the newest, flashiest properties to market. Introducing a glut of highly amenitized properties into college towns has made demand at individual private dorms more elastic, in Clancy’s view.

“Somewhere along the line, the notion of the starving student disappeared,” Clancy said. “Now it’s the student that has everything and who wants the apartment has everything. That doesn’t seem quite as steady.”