Adam Segal talks about where the idea for Cove came from, working with companies on specialized coves and what the future holds for flexible workspaces. 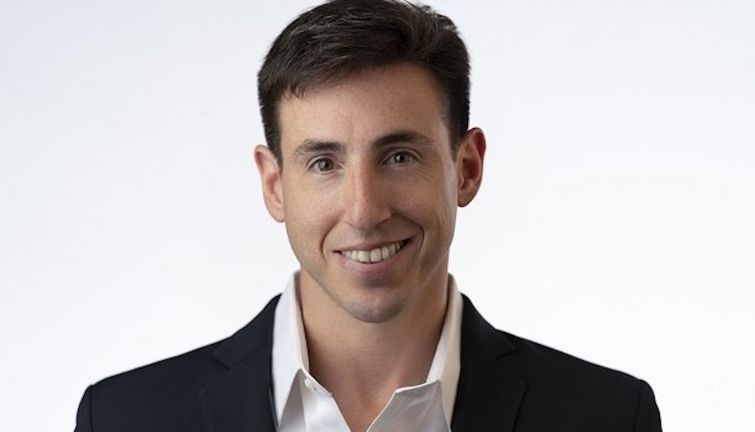 Amid a sea change in employee habits, Adam Segal is aiming to change where, when, and how people work through his Washington D.C-based startup, Cove.

“Work happens quite literally anywhere,” said Segal, who co-founded Cove in 2013 and currently serves as its CEO. “One moment you’re in a meeting, the next you’re grabbing a coffee while connecting to a video call. So while we can work from anywhere, we often don’t have a place to work.”

The firm’s workspaces, aptly called “coves,” are situated in residential neighborhoods and have popped up in D.C., and Arlington, Va., with more locations on the way. The idea is that people don’t want to commute to a centralized office, and these neighborhood workplaces offer convenience.

Cove also builds and operates custom headquarters for companies, and has partnered with landlords to manage full building operations. In August, Commercial Observer reported that Bethesda, Md.-based developer The Meridian Group was partnering with Cove to helm the experience management offerings and design custom headquarters for firms at three of its office buildings in the D.C. region— 1400 L Street in downtown D.C.; One Ballston Plaza, located at 1010 North Glebe Road in Arlington, Va.; and 2500 Wilson Boulevard in Arlington, Va.

CO spoke with Segal about where the idea for Cove came from, working with companies on specialized coves and what the future holds for flexible workspaces.

Commercial Observer: How does Cove work?

Adam Segal: Our neighborhood retail locations are that productive oasis near home and around town to get things done. We have turned former restaurants and department stores into the modern answer for work — an alternative to the lonely living room and the crowded coffee shop, without the commute of a downtown office.

Our tech platform is really about putting the workspace experience at the user’s fingertips, whether that’s tenants in an office building or a Booz Allen employee working out of one of their Innovation Spaces. You can and should be able to manage everything about your workday — reserving a meeting room or a phone booth when you need it, ordering lunch or catering, paying for snacks at one of our snack markets, getting support when you need it, and hearing about upcoming community events.

Why did you think this concept would work in the D.C. Metro area?

We wanted to pick a place with very unique neighborhoods, had a great identity in a sense that it’s slightly always changing and as a byproduct, we get to learn from users in a very real way. While there’s a big government sector, there are all kinds of industry here and we want to be able to learn from international users and the big petri dish that is the Metro D.C. market.

Who are your customers and what sort of commitment do you require from them?

On our neighborhood workspaces, it’s month to month. Most of our users have a centralized office somewhere, but they don’t want to commute there.

On the company side, it’s anyone who’s thinking about how they can leverage the future of work to reduce cost but get a better experience. It can be a startup, a nonprofit, for-profit; it’s attractive to anyone who wants to create this holistic solution and not just a plug and play.

How does the partnership with The Meridian Group work?

We’ve taken our approach and now applied it to a full building. This is something we are super excited about. Essentially, with One Ballston Plaza, every tenant has our app, so it’s about how they access the building and how they interact with it. We built an internal Cove that’s accessible for them as a shared workspace and event space. Free coffee, free snacks, so really thinking about the mobility and flexibility and applying it to an entire building approach.

What’s your plan for expansion?

Right now, we have eight locations (including one in Boston) and will be at 10 by the end of [March]. I’ll be getting on a plane and looking at three new markets next month and we plan to organically grow. We want a holistic solution that spans geographies.

We’re also launching a whole-new, reimagined office experience in two months. We have an owner working directly in hand with us, and really hits on all these notes of flexibility and services.

What was the genesis of the idea for Cove?

Most of it was planned seven years ago when I was in graduate school. My co-founder [Jeremy Scott] and I were working on some side projects together and would often find ourselves working at local cafes. We needed a place to work and we would look around and see a lot of other people with that same need. So, the concept came about to build neighborhood workspaces to enable productivity in a more local, more enjoyable, less communal environment.

How did you initially go about finding locations?

We knew we wanted to be where people lived. We were thinking about what was proximate to large numbers of people and not downtown office. The whole premise behind offices is to create these large structures that are equally inconvenient for people to get to. But with how people can now leverage technology, you don’t need to go down to a centralized office anymore and commute from anywhere from 30 minutes to two hours every day, you can actually work more locally.

I understand that Cove has expanded to service the needs of companies as well.

About two years ago we launched Cove HQ, which is a design, build and full-service office platform for companies larger than 10, less than 250 to date. It was people telling us they wanted their own experience, their own culture and community, but not wanting any of the hassle.