The popular Chinese-American eatery will open up a to-go shop at 60 Fulton Street, and has several other NYC outposts in the works 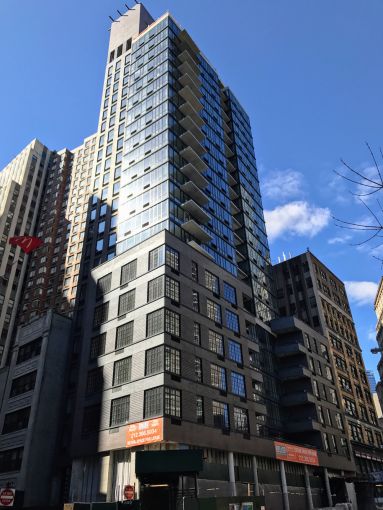 Chinese-American eatery chain P.F. Chang’s will open an outpost of its recently launched takeout concept in the Financial District, amid plans for a broader launch in New York City, Commercial Observer has learned.

P.F. Chang’s signed a 10-year lease for 2,000 square feet on the ground floor of Socius Development Group and The Parkland Group’s 60 Fulton Street for its carry-out restaurant P.F. Chang’s To Go, according to landlord broker Josh Singer of The Heller Organization. Asking rent for the retail space in the residential building between Gold and Cliff Streets was $175 per square foot.

The chain opened its first P.F. Chang’s To Go in Chicago earlier this month and plans to open 20 more around the country, Eater reported. The menu for that Chicago location offers items such as the restaurant’s signature lettuce wraps, dumplings, sushi, more than a dozen entrees, plus lunch specials. P.F. Chang’s To Go will have a smaller footprint than its usually full-service restaurants and focus on takeout, delivery and catering, according to Eater.

The restaurant originally wanted to open its first P.F. Chang’s To Go in the Big Apple, but told Eater that hang-ups with its leases and permits made it launch in Chicago first. It has several others in the works for New York City, Singer said.

The outpost — which is set to open in the fall — will be on the ground floor of the 140,000-square-foot, 120-unit rental building at 60 Fulton Street, also known as The Exhibit. Other retail tenants in the property include the boozy Taco Bell Cantina, Dunkin’ and I Love NY Gifts.

“We look forward to adding P.F. Chang’s to our commercial tenant mix at The Exhibit, and bringing another nationally recognized brand to Fulton Street,” Singer said in a statement.

Singer and Adam Heller represented the landlords in the deal while Mitch Heifetz and Ariel Schuster of Newmark Knight Frank handled it for P.F. Chang. A spokesman for NKF did not immediately respond to a request for comment.