A group of tenants sued the New York City Housing Authority claiming years of neglect to apartments and buildings. 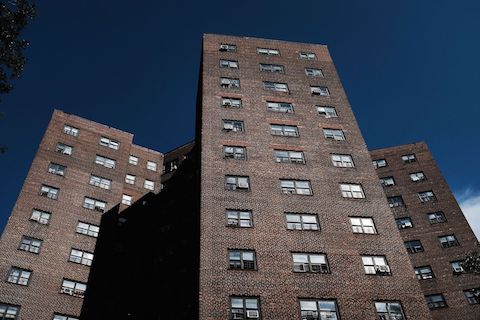 The city’s worst landlord has been hit with a class-action lawsuit over “substandard” living conditions.

The suit claims that complaints from tenants to NYCHA over problems in apartments often go unanswered and, when they do make repairs, the issue often quickly returns.

“It’s overwhelming,” Claresa Ward, 43, a resident of the Red Hook Houses and a named party in the suit, told Commercial Observer. “It’s stressful. My hair is falling out from this.”

The class-action suit — filed by law firm Berg & Androphy — argues NYCHA breached its contracts with tenants along with city, state and federal law over the poor conditions of NYCHA-managed apartments around the five boroughs.

It seeks rent abatements and damages and covers all of the more than 400,000 residents in NYCHA buildings across the city along with any who have lived in ones over the past six years.

“New Yorkers should be outraged at how terribly NYCHA has treated the tenants of its properties,” Jenny Kim, a Berg & Androphy partner who filed the lawsuit, said in a statement. “Hard-working, rent-paying New Yorkers should not be forced to endure neglect and indifference, broken promises, and outright deceit on the part of any landlord — especially a city agency supposedly dedicated to providing decent, livable public housing.”

“NYCHA has breached its contracts with its tenants and acted with an appalling lack of care, ethics, and empathy. It is well past time to hold the agency accountable,” Kim added.

A spokeswoman for NYCHA said in a statement that the agency “will review the complaint when we receive it.”

The city’s public housing authority has come under fire in recent years over the dilapidated state of its buildings and it was named the overall worst landlord two years in a row by Public Advocate Jumaane Williams in 2018 and 2019.

In 2017, the New York City Department of Investigation found that NYCHA failed to inspect residents’ apartments for lead for years and, in 2018, federal prosecutors filed a lawsuit against the agency for hiding the poor conditions of units from inspectors, the New York Post reported.

Last year, NYCHA reached an agreement with the U.S. Department of Housing and Urban Development (HUD) and U.S. attorney’s office to throw away the federal lawsuit and give HUD control of the agency, the New York Times reported. Lynne Patton, the head of HUD’s New York and New Jersey office, called NYCHA a “humanitarian crisis” earlier this year.

The recent class-action suit stems from complaints of three residents of the Red Hook Houses in Brooklyn — Latisha McGriff, Ricardo Reed and Ward — who were all named in the suit.

Ward has lived in the same apartment for 21 years but about seven years ago it started to fall into disrepair. Problems she’s faced include mildew and mold in her bathroom and linen closet, no stove for five-and-a-half-months, broken windows that let cold air through, a bathroom light hanging off the ceiling, a loose electrical outlet that sparks in the living room and a mice infestation.

The suit claims that Ward even bought a cat to help solve the rodent problem and, even with the feline catching three to five mice a day, it doesn’t help.

Her son — now 21 — fractured one of his fingers in 2014 when one of her windows that was stuck open suddenly slammed shut, Ward said. Two years later, he tripped on a broken staircase in the building and hurt his face.

Ward said she’s called NYCHA numerous times for repairs and even took off of work to meet with an inspector, but nobody shows up.

“They’re always saying ‘Somebody’s coming,” but nobody shows up,” she said. “They don’t do nothing.”

Recently, Ward was finally able to get NYCHA workers to paint over the mold in the bathroom, but it quickly started to return.

“They’re just doing a coverup so you can just shut your mouth,” Ward said.

And even with the investigations and the HUD takeover of NYCHA, Wards said not much has changed for her and her neighbors in Red Hook, which is why she decided to get involved with the lawsuit.

“It’s about time somebody really helped us instead of just saying they’re going to,” she said.

“I just hope the outcome of everything is we could have peace and safety for our kids,” Ward added. “I want to come home and feel safe and comfortable.”