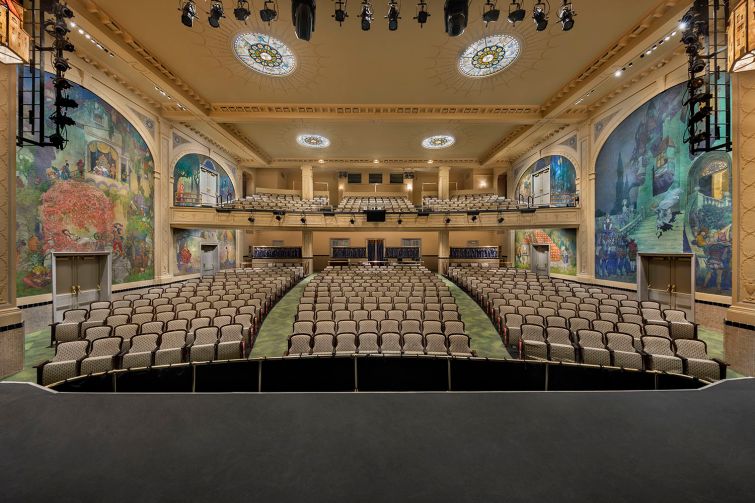 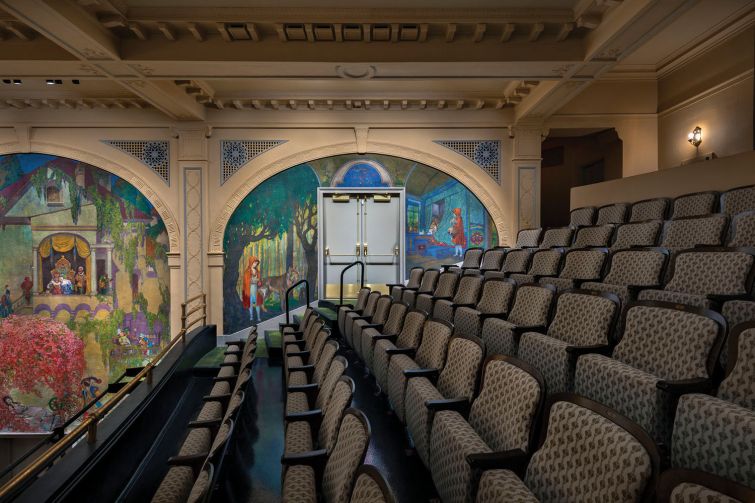 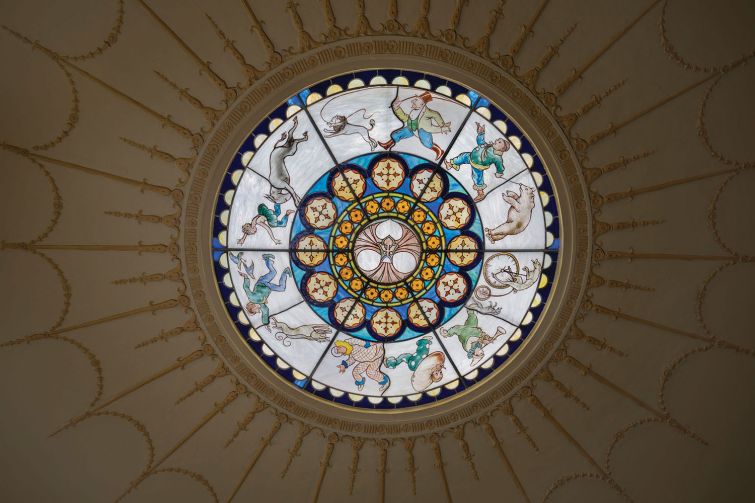 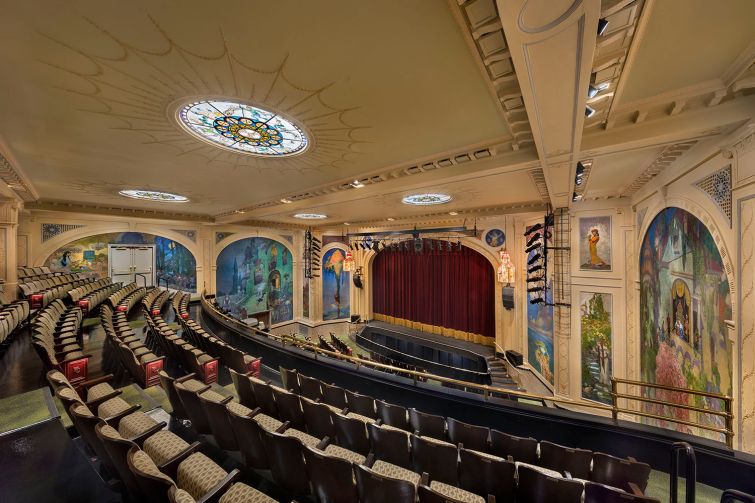 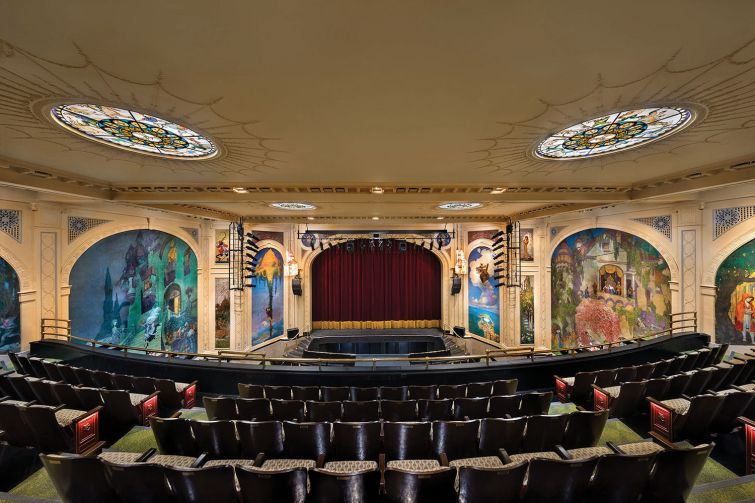 When El Museo del Barrio moved into 1230 Fifth Avenue in 1977, it inherited a historic fairytale-themed theater that was originally constructed for the Heckscher Foundation for Children.

The 600-seat venue has magnificent 30-foot-tall murals on its walls depicting famous children’s stories, including “Little Red Riding Hood,” “Jack and the Beanstalk” and “Cinderella.” It also features large stained-glass light fixtures covered in circus imagery — clowns, lion tamers, bears on roller skates, a dog riding a bicycle. But the unique details had fallen into disrepair in recent years, as the 1920s theater approached 100 years old. The glass fixtures were cracked, one of the murals was heavily water damaged, and the walls were peeling.

So the museum, which has one of the country’s largest collections of Latinx and Latin American art, brought in architect David Katz to lead a restoration effort. The building has barely been redeveloped over the past several decades, ensuring that the theater’s original details remained largely untouched.

The Heckscher Foundation built the theater at Fifth Avenue and East 104th Street as part of its headquarters in 1922. Children were discouraged from spending time in theaters, which were often seen as places of ill repute during the 1920s, so the organization wanted to give kids their own theater. Hecksher had essentially operated an orphanage, with sleeping quarters, social services, a gym, pool, classrooms and the theater. The gym, pool and classrooms remain in use and are operated by a school on the upper floors of the building.

El Museo had put aside slightly less than $5 million for the renovation project, “when a project like this could easily cost four times that,” Katz said. He and his team had to prioritize the more pressing aspects of the renovation, which included repainting the details on the walls, installing new lights, repairing the damaged murals and light fixtures, and putting in an entirely new audio/visual system for theatrical performances and concerts. The seats were in good shape, and they were cleaned and repaired instead of being replaced.

Work began on the 7,000-square-foot theater in the spring of 2018 and mostly finished in March of 2019. Since then, workers have been putting the finishing touches on the space, which has begun hosting performances and talks with Latin American artists and thinkers.

Katz and his crew were delighted to discover that a set of original fairytale castle-shaped chandeliers had been hidden in storage for 20 years. The painted red-roofed lanterns were cleaned, restored and hung on either side of the stage.

The most complicated part of the project, said Katz, was installing an orchestra pit elevator that could be raised or lowered onstage. The elevator work involved excavating ten feet down below the theater and underpinning the wall of the stage.

Another challenge involved putting in new wiring for LED lights. The attic space above the theater was incredibly small, Katz explained, and his construction team brought in a modified Jeep with a lift in order to reach the unusually tight space.