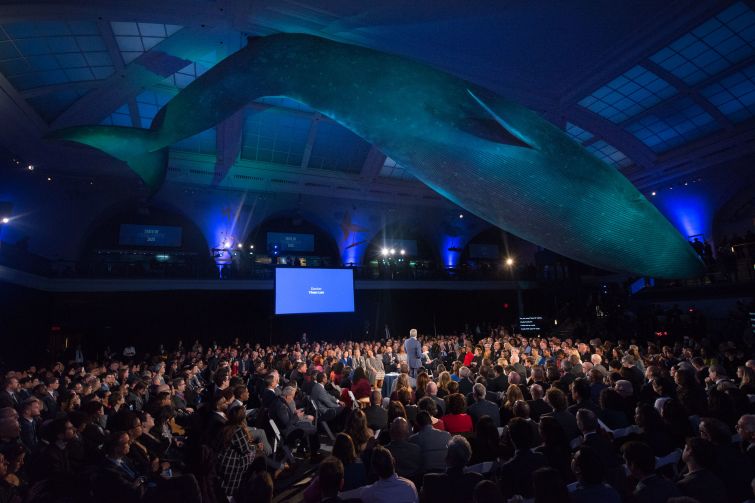 The second-term mayor called the set of policy initiatives “a plan to save our city.”

As part of his seventh state of the city speech, de Blasio proposed expanding a basement legalization program that began in East New York, Brooklyn last year. The program, first detailed by The City, will offer low-interest loans to up to 40 low- and middle-income homeowners who need help legalizing a basement apartment. The financing will require that owners rent the units at 30 percent of a tenant’s income. The administration also plans to work on a citywide zoning text amendment that would allow for “accessory dwelling units,” such as small apartments over garages and tiny houses in backyards, according to The New York Post.

He also called for eliminating an upfront security deposit payment for tenants. The mayor claimed he would go to Albany to lobby for legislation that would allow renters to pay their security deposit in installments over the course of several months or years.

“We want you to have protections, we want you to have a rent you can actually pay, and we want to make sure that you can renew your lease and not just be thrown out for some arbitrary reason,” intoned the mayor as he paced back and forth on the floor of the museum, surrounded by a small seated crowd.

And the mayor’s ambitious plan to build and preserve 300,000 units of affordable housing by 2026 will include more units for low-income families. He pledged that at least 25 percent of all city-financed apartments will be reserved for New Yorkers making less than $25,000 a year, and another 25 percent of units will go to families earning less than $50,000 annually.

On the commercial front, the mayor rolled out a set of proposals to help small business owners and tax landlords for leaving retail vacant.

“If a landlord leaves a storefront vacant, that hurts the community, makes the community less whole,” said the mayor. “That landlord needs to pay more in taxes.”

The mayor didn’t offer many details on the tax, except that it would need to be passed by the state legislature.

“I’m going to name a commission of people of different viewpoints and different expertise to come back to us once and for all this year with an answer, is there a legal way we can have commercial rent control in New York City? That is the answer we need, and, if it’s a yes, we should go to Albany and get it done in 2021.”