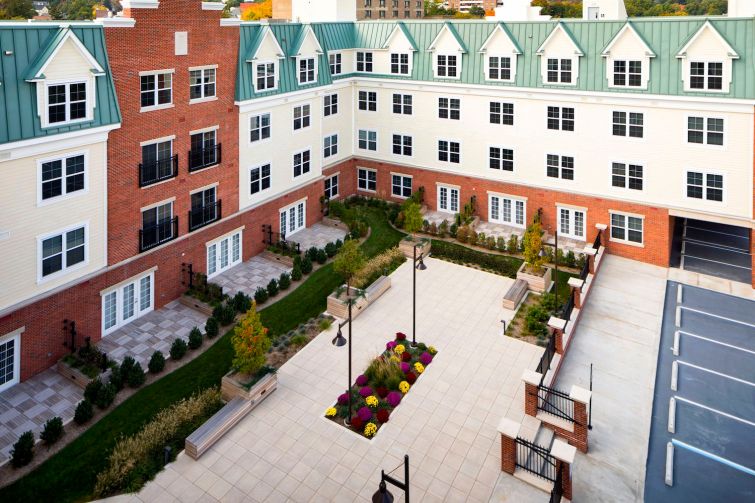 Built in 2015, The Castle is a five-story transit-oriented asset located at 201 Willett Avenue in downtown Port Chester’s commercial district. Encompassing a full block on Willett Avenue and Abendroth Place, the building’s amenities include a parking garage, a 24-hour fitness center, a private movie theater and clubroom and a rooftop terrace.

The Castle is located next to Port Chester train station, giving residents the ability to be in New York City in less than an hour.

“Anthos Properties was instantly attracted to The Castle’s overall quality and best-in-class amenities package,” said Paul Anagnostopoulos, director of acquisitions for Anthos Properties. “The Castle’s location, which is less than 1,000 feet from the train station and a quick walk to Port Chester’s emerging entertainment and restaurant scene, were also driving factors in our decision to acquire the asset.”

“The Castle is a Class A asset in a transit-oriented location such that lenders were able to understand and get comfortable with Anthos’ business plan to maximize the value of the property in order to provide very aggressive terms for the loan,” Gaines said in prepared remarks. “Working in tandem with our in-house agency lending team we were able to present Anthos a multitude of options and remain flexible amongst those options until right before closing of the loan.”

The project was developed by Phoenix Partners and completed in 2017. According to the developer’s website, a lengthy approval process was undertaken due to its prime location in the high-density, high-barrier-to-entry residential market.