Senior Housing Yesterday, Today, and Tomorrow: Q&A With the 2 Aris of Meridian 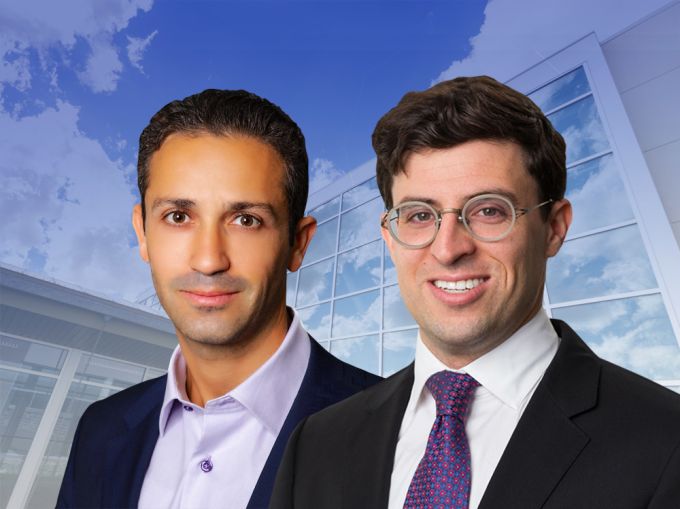 Many people view senior housing as a niche area within real estate finance, but to Ari Adlerstein and Ari Dobkin, who oversee Meridian’s senior housing and health care practice, “niche” is a misleading term for their day-to-day roles. That’s because they don’t just specialize in debt, or equity, or sales. They do it all.

Recent deals underscore their wide scope of work. During 2019, the team closed 90 transactions amounting to a total of $2.84 billion. These transactions span 31 states and encompass skilled nursing, assisted living, independent living, and memory care facilities. Highlights include a $230 million nursing home portfolio refinance, negotiating both $90 million of debt and $30 million of equity for a nursing home portfolio acquisition and closing an $11.5 million assisted living facility refinance in 27 days from start to finish.

The beginning of a new decade seemed like a good time to ask the two Aris about the past, present, and future of financing and sales for senior housing and health care.

Q: You established Meridian’s senior housing and health care practice in 2011. How has the practice changed since then?

Ari A.: In 2011, the economy was turning back up from the downturn of 2008, and players in senior housing and skilled nursing refocused their attention on building, expanding, and improving facilities. But unlike other areas of commercial real estate, the idea of using an outside advisor to arrange debt or equity hadn’t yet taken off. We were fortunate to engage with some younger growing operators at that time, closing smaller deals for them. As these companies grew over the years, so did the sizes of the deals and volume of transactions.

Ari D.: These days, we’re also representing a lot of institutional clients and with that comes larger deal sizes. However, we continue to work with smaller and mid-market owner/operators as they remain at the core of our business. It’s important for us to retain our diverse client base as we continue to expand Meridian’s platform.

Q: How many people are on your team and what are their roles?

Ari D.: How many people? Not enough! It’s a surprisingly small team when you consider the pace of activity lately. We have Josh Simpson, who oversees all of our underwriting, and three team members who support him, and we just hired a new originator. They’re all sharp and talented, so we’re managing the workload.

Q: Can you talk a little about trends in each of these areas?

Ari A.: I’ll start with senior housing. Over the past year, I’ve seen a slowdown in starts for new construction. We are going through a period of digestion of all of the new product from the past five to seven years being absorbed, which has been reflected in occupancy levels.

Moving forward, the difference between cap rates in urban markets and cap rates in secondary or tertiary markets will probably widen. This gap started emerging about a year and a half ago. Outside of urban markets, you’ll continue to see less aggressive valuations, even for stabilized assets.

At the same time, the industry is responding to an increasing demand for what I call choice-based living. Active and independent adults want to live in communities where they can socialize with people like them. Consequently, we’re seeing high-end megaprojects being built in urban markets — places where residents can afford to pay up to $18,000 a month.

Ari D.: On the skilled nursing side, I’ve seen many larger private equity firms offload properties that they bought over the past decade or two because margins have gotten tighter. Investors seek a narrower – and therefore more efficient — geographical footprint. So there has been a great deal of sales activity, which should continue.

Another significant development is the recent regulatory change in rate methodologies, part of which includes a new billing process for Medicare reimbursement that, at least in the short-term, operators view as favorable. Consequently, we’ll probably see a further boost in sales.

Q: How do you stay on top of all the regulatory changes in Medicare and Medicaid?

Ari A.: We read every article we can, and we also attend industry conferences frequently. Even though we’re not operators ourselves, we have to remain very informed to advise our clients effectively. Sometimes that means advising them to avoid a certain deal. We lose our fee in those situations, of course, but it’s this dynamic that instills a level of trust in us that leads to long-term relationships.

Ari D.: Ralph Herzka, Meridian’s CEO, often reminds us that just because you have a strong relationship with the first generation, it doesn’t mean the second generation is automatically going to rely on you as advisor in the same way. So we’re spending a lot of time talking to the second generation now. The health care industry is so small that relationships are even more critical than they are with other asset classes.

I also have my eye on states where we haven’t done deals yet, so we can get even closer to having transacted in all 50. Ari A. and I are especially keen to do a deal in Hawaii. If anyone has a facility in Hawaii that needs financing, we’ll arrange it for free. Just for the trip.