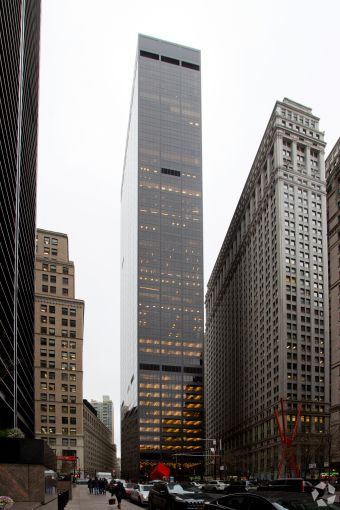 A law firm known for handling securities and class-action cases, Labaton Sucharow, renewed its headquarters at 140 Broadway in the Financial District, but plans to shrink its space by 13,000 square feet, Commercial Observer has learned.

Labaton — which is representing investors in Uber who claim the rideshare giant misled them before its initial public offering — signed a 15-year deal for 57,000 square feet in Union Investments’ 1.1-million-square-foot office tower between Liberty and Cedar Streets, according to tenant brokers Newmark Knight Frank. Asking rent was $75 per square foot.

The law firm has been in the 51-story building for nearly 15 years and decided to renew its offices three years early. Labaton found it could shrink its space by 20 percent and make its offices more efficient without dropping up-front capital expenses, according to NKF.

“In New York, we’re seeing several law firms do more with less space due to improvements in technology and a preference for increased collaborative space,” NKF’s Jared Horowitz said in a statement. “Labaton Sucharow has enjoyed working with ownership of 140 Broadway for close to 15 years and looks forward to building upon that relationship as they successfully continue their practice in a reimagined and updated workspace.”

As part of the renewal, Labaton gave back part of its space on the 23rd floor, though it will still have offices there and on the entire 33rd and 34th floors, according to NKF.

Horowitz brokered the deal for Labaton along with Dan Gronich and Jason Perla. Cushman & Wakefield’s Robert Constable represented the landlord.

“Labaton has been a long-time tenant of 140 Broadway and has built a strong relationship with the building’s ownership,” Constable said in a statement. “We are very pleased that they have elected to extend their stay into this new decade and well into the next.”