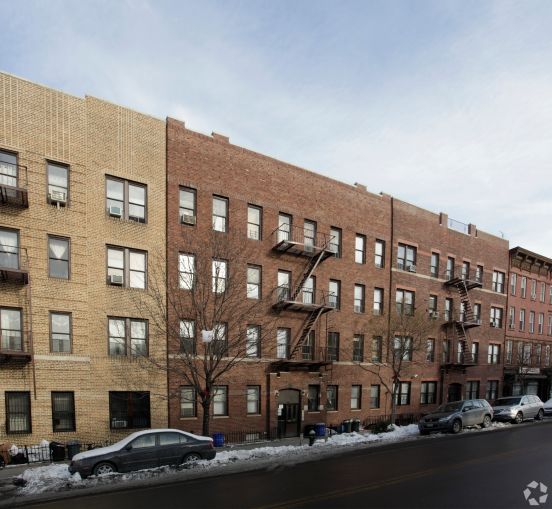 A trio of apartment buildings at 105-115 Greenpoint Avenue have sold for $29 million. Photo: CoStar Group.

A trio of walk-up apartment buildings in Greenpoint, Brooklyn, has traded hands for $29 million.

The apartments, at 105-115 Greenpoint Avenue, total 52 units that are mostly market rate, with the sales price translating to about $557,000 per unit and a roughly 5.5 percent cap rate, according to information from Marcus & Millichap, which brokered the sale. An entity linked to Alberto Smeke Sabo acquired the assets, located between Franklin Street and Manhattan Avenue, from Red Brick Properties, according to CoStar Group data.

“They’re planting a smart poker chip, knowing that they have free-market units in a marketplace where supply is going to be restricted and was already experiencing rental growth,” said Shaun Riney, a broker at Marcus & Millichap who worked on the deal.

The property is comprised of three contiguous four-story buildings, with 50 units commanding market rates while the remaining two apartments are rent-stabilized. Red Brick picked up the portfolio, which is close to both the Greenpoint Avenue subway stop and the Greenpoint ferry landing, for $23.8 million in September 2014, according to CoStar data.

The buyer is affiliated with YD Development, per CoStar. YD’s projects include a Manhattan co-living project in partnership with Common, according to its website.

Riney said the new owners don’t have any drastic changes planned on the horizon. “I don’t really think that they’re going to do anything more, other than, you know, operate the asset,” Riney said. “There’s no immediate value-add plan.”

UPDATE: This story has been updated since publication to include the names of Marcus & Millichap’s brokerage team, and to clarify Riney’s role in the transaction.