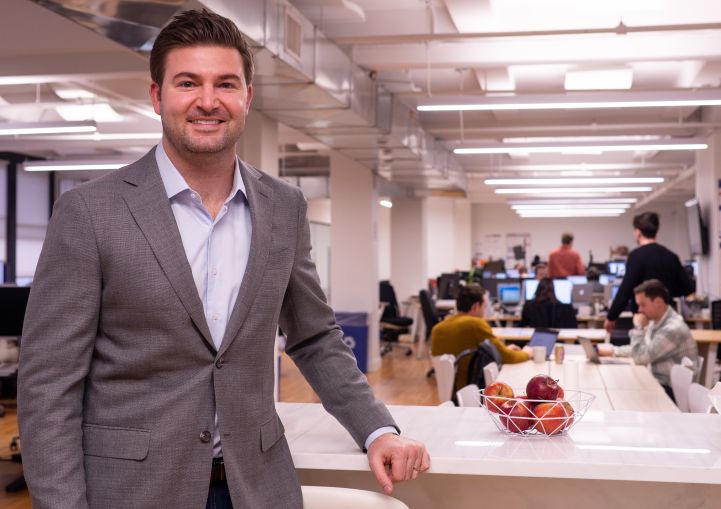 Tootell joined SquareFoot at the beginning of the month and will become the company’s New York Market Lead where he will work to bring SquareFoot’s brokers “up to speed at what you would see at a traditional brokerage firm” and bolster its ranks, Tootell said.

“At first I wasn’t sure that it was the right move for me,” said Tootell, who has been talking with SquareFoot CEO and co-founder Jonathan Wasserstrum for months after meeting through a mutual friend. “As we spent more time together, and understanding how this model looks different than that from a traditional brokerage shop, it became more and more compelling.”

SquareFoot was founded in 2012 and aims to streamline the office leasing process by combining its own online platform and technology with its own brokerage team to ink deals with tenants. It currently has a team of about 55 employees working out of its Midtown headquarters at 115 West 30th Street.

Tootell’s hiring caps off a busy few months for SquareFoot. In November 2019, the startup closed on a $16 million Series B round led by DRW Venture Capital with plans to use the funds to expand to other cities, grow its brokerage team in New York and continue building out its online platform.

“We got our first choice for both [Colacino and Tootell] and we don’t have to look anymore,” Wasserstrum said.

“People who are joining our ranks want to be part of the future,” he added. “It’s about building the future.”

Tootell graduated from the University of South Carolina with a bachelor’s degree in real estate and marketing and joined Cushman & Wakefield as a senior analyst in 2005, according to his LinkedIn page.

He spent time at JLL and Newmark Knight Frank before he joined Transwestern as a partner in 2015 where he oversaw agency leasing in Manhattan. While there, Tootell worked on repositioning buildings including the Empire State Building, One Grand Central Place and 5 Bryant Park.

A spokesman for Transwestern did not respond to a request for comment.