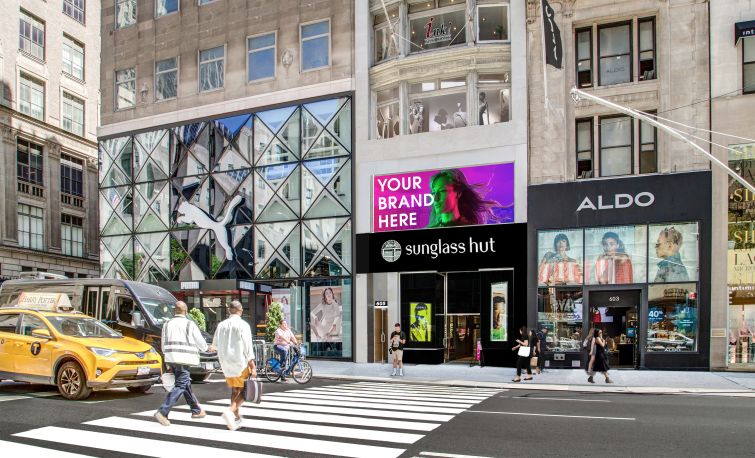 Fashion retailer Desigual has nailed down a Fifth Avenue store.

The Barcelona-based clothier will replace Sunglass Hut at 605 Fifth Avenue, between East 48th and East 49th Streets in Midtown, The New York Post reported. The company signed a three-year lease for 5,200 square feet spread between the ground and lower levels, with 2,300 square feet on the first floor.

Asking rent for the space wasn’t disclosed. Sunglass Hut, meanwhile, is moving across the street, per The Post.

The clothing chain, which means “uneven” in Spanish, also has a flagship at 958 Avenue of the Americas in Midtown South and a store at 598 Broadway in Soho.

Jason Greenstone, Michael O’Neill and Taylor Reynolds of Cushman & Wakefield represented Desigual in the transaction. Roy Dervich of Breakwater Holdings handled the transaction for the landlord, Optimum Properties. Neither brokerage immediately responded to a request for comment.