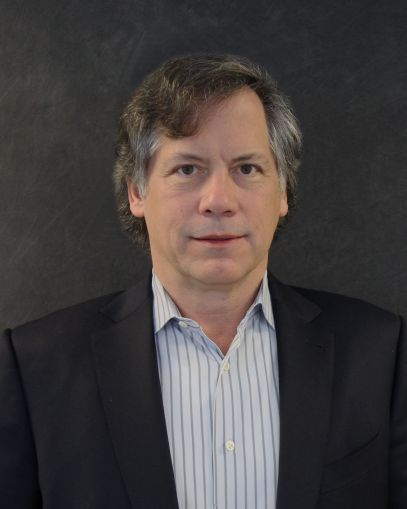 During 2019, Reston, Va.-based Comstock signed more than 500,000 square feet of new office leases at the Reston Station development, which covers approximately 40 acres surrounding the Wiehle-Reston East Station on Metro’s Silver Line, and is part of the anchor portfolio of managed assets being developed by Comstock in the Dulles Corridor, including one of the names that every landlord in America would cut off a limb for.

We’re talking about Google. Not to mention Rolls-Royce North America and Neustar.

“Our ability to create this all-new transit-oriented and mixed-use neighborhood of Reston Station is the result of the efforts of many, including world-class design teams, expert development and construction teams, numerous real estate brokerage firms, the professional staff and leadership of our P-3 partner, Fairfax County, and the committed group of real estate professionals at Comstock,” said Christopher Clemente, CEO of Comstock.

While much of the leasing activity has been focused on three new trophy-class buildings Comstock is developing on Reston Metro Plaza, the company has also completed leases in its existing buildings in the Reston Station neighborhood with British Telecom, Kimley Horn, and CACI.

Commercial Observer spoke with Clemente to discuss recent leasing activity at Reston Station, the company’s three new trophy properties in the area and what’s to come in the year ahead.

Commercial Observer: Characterize the leasing activity at Reston Station in 2019? Why was it so strong?

Christopher Clemente: The leasing activity in 2019 at Reston Station was phenomenal for several reasons. We decided in 2015 to start the first office building on spec because it was clear that there would be a lack of new space in the Dulles Corridor and as the terminus of Phase 1 of Metro’s Silver Line extension, Reston Station has a five-year head start on delivering new office space to the market. As such, we knew that our project would have the only significant contiguous big block space on Metro in the Dulles Corridor. We created further market separation by designing all three of the office buildings adjacent to the Metro station as Trophy-class buildings, which had not been done in the Dulles Corridor previously. Finally, our ability to provide Toll Road visibility and signage also differentiates from most competition in the Dulles Corridor.

What is unique and special about the area?

What about Reston Station, specifically?

The Reston Station neighborhood is already home to more than a million square feet of office space and 1,000 luxury residential units and is at the threshold of one of the busiest Metro Stations in the Washington, D.C. area. It represents the transformation of Reston’s original low-density, auto-dependent business area into a new pedestrian friendly, urban landscape of trophy-Class and Class-A office towers, world class hotels, mid-rise and high-rise residential offerings, and a growing list of high-quality dining, shopping, and entertainment venues. Regularly scheduled community events provide the social engagement that is earning Reston Station a reputation for being among the most desirable places to live, work, and play.

Talk about some of the notable leases you have worked on in 2019.

Tell us about the appeal of the three new Trophy-Class buildings you are developing on Reston Metro Plaza?

Due to the tremendous economic growth during the past few years, and historic low unemployment, large companies are competing for talent, and to ensure they can attract and retain a young and talented workforce, the workplace has become a key differentiator. Reston Station provides a competitive advantage for employers because of its location as well as its significant amenity base and its transit-oriented, mixed-use neighborhood.

Further, the trend in corporate relocations during the past several years has favored transit-oriented buildings in mixed-use settings rather than office parks. Reston Station is among the largest such developments in the Washington, DC area, covering 40 acres that span the Dulles Toll Road and surround the Dulles Corridor’s first Metro Station.

Finally, the quality and design of the Trophy-Class office buildings that Comstock Is developing stand out in a crowd. The three office towers on Reston Metro Plaza are designed by Helmut Jahn and HKS, each offering trophy quality space directly adjacent to the North entrance of the Whiele Reston-East Metro Station and in the center of the highly amenitized neighborhood of Reston Station.

The overall neighborhood appeal only adds to the desirability for the companies choosing to relocate to Reston Station.

Aside from these three properties, what has been happening in your existing buildings in the Reston Station neighborhood? What activity have you seen there?

Comstock has completed leases with British Telecom, Kimley Horn, CACI, and others. We have seen robust levels of activity in the B+ space in the areas surrounding Reston Station. In addition to the Trophy-Class buildings that Comstock is developing on the Reston Metro Plaza, we own four existing buildings in the surrounding Reston Station neighborhood. We have experienced robust demand for the spaces that have come available in these buildings, driven in large part by their proximity to metro and the amenities being developed in Reston Station. The closer you are to Metro, and other transportation modes [bikeshares, scooters, etc.] the more valuable the space becomes, especially when competing for the millennial workforce.

How does the location of Reston Station add to the appeal?

Companies want to be able to provide their workforce built-in amenities, best in class office space and public transportation accessibility. Having a development that has grown to span 40 acres along the Dulles Toll Road [consisting of three office and one residential building totaling approximately 2 million square feet of completed space] is meeting demand and creating a community that hadn’t previously existed along the Dulles toll road.

We expect demand for trophy office space will continue as companies seek to improve their workplaces by leaving office parks and relocating to transit-oriented and mixed-use environments like Reston Station. Given the limited supply of Trophy product and Reston Station having the only available large-block space [approximately 100,000 square feet], we look forward to a productive 2020.

Our 2019 acquisition of multiple additional buildings that have since been incorporated into the Reston Station neighborhood, coupled with our fully entitled land in the neighborhood, helps Comstock be well positioned to meet the demand for high-quality space in the Reston market. Comstock expects to go to public with an overall design theme of Commerce District and Reston Station. We expect to land anchor tenants at Reston Row and formally announce Hotel Flags for the project.

Additionally, our land holdings at Loudoun Station in Loudoun County, at the terminus of phase II of Metro’s Silver Line, positions us to meet the growing demand for high quality office buildings in a mixed-use neighborhood in Ashburn as well.  Further, we recently acquired our first transit-oriented office building in Arlington County, located adjacent to the Clarendon Metro Station.

Large global national headquarters will continue to consolidate and relocate to better product that align more with their hiring goals in attaining and retaining high quality individuals, particularly millennials.