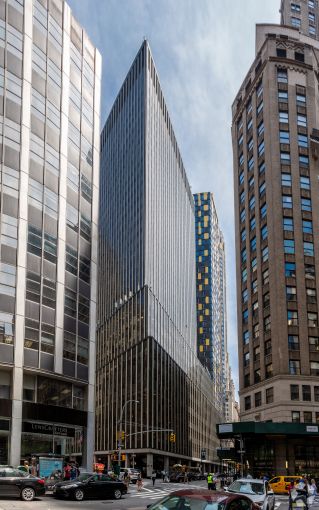 A nonprofit that runs charter schools around the region, Uncommon Schools, inked a deal for office space at 55 Broad Street in the Financial District, a source with knowledge of the deal confirmed.

Uncommon Schools signed a 15-year lease for 41,884 square feet on the second and third floors of the Rudin family’s 30-story building between Beaver Street and Exchange Place, The Real Deal first reported. Asking rent was $48 per square foot, the source said.

The nonprofit currently lists its offices as an East Village space, at 826 Broadway, that is taken by its financial backer, the Robin Hood Foundation. It’s unclear when Uncommon Schools plans to move to its new digs at 55 Broad Street.

Uncommon Schools was founded in 1997 with a charter school in Newark, N.J., and currently operates 54 sites in Massachusetts, New Jersey and New York, including several around Brooklyn.

Eric Siegel, Wayne Siegel and Daniel Lolai of LSL Advisors represented Uncommon Schools in the deal along with Brian Siegel of TLG Realty. Kevin Daly of Rudin Management Company handled it in-house for the landlord. A spokeswoman for Rudin declined to comment and Lolai did not immediately respond to a request for comment.

Other tenants in the 425,000-square-foot 55 Broad Street include Curtis + Ginsberg Architects, online gambling company Unibet Interactive and French engineering firm SYSTRA, which inked a deal for 14,295 square feet in the property earlier this month.