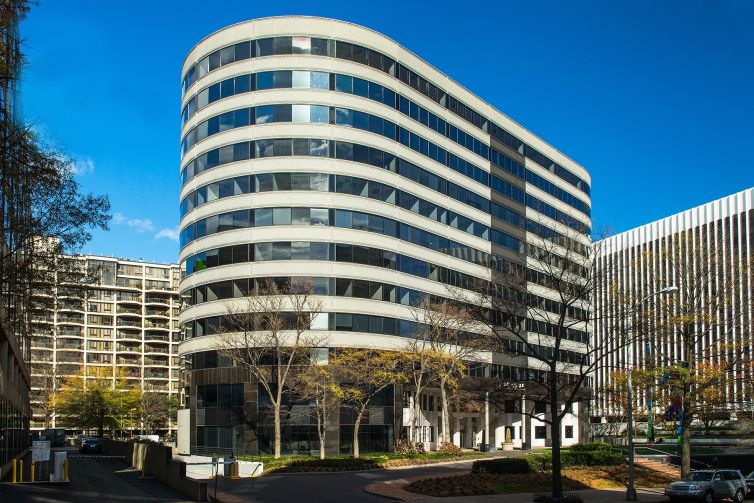 The Meridian Group has acquired 1525 Wilson Boulevard, a 318,729-square-foot office building in Rosslyn, Va., from The Blackstone Group for $113.2 million, according to the buyer.

The 12-story, Class A property sits just three Metro stops from Amazon HQ2, which added to its appeal, according to Kyle Maurer, vice president at Meridian.

“The investment fits into our philosophy of seeking opportunities in locations that stand to materially benefit from nearby catalysts,” Maurer told Commercial Observer. “In this case, we believe that the nearby catalyst is the adjacent Highlands development and other recently delivered retail across Wilson Boulevard, such as South Block and BASH Boxing.”

The Highlands, at 1555 Wilson Boulevard, is an upcoming 884-unit residential development consisting of three towers and an additional 40,000 square feet of retail, scheduled to open in 2021.

Originally built in 1987, the 1525 Wilson building is famous in the area for the Miriam Schapiro sculpture of “Anna and David.” The property sits above a Safeway store and features numerous ground-floor stores, restaurants and on-site amenities as well.

According to Maurer, the building will undergo a slight renovation, focusing on improvements to the lobby, common areas, conference center and fitness center.

At the time of the deal, the LEED Gold-certified building was 78 percent leased. According to LoopNet, average rental rates in the building are $44 per square foot.