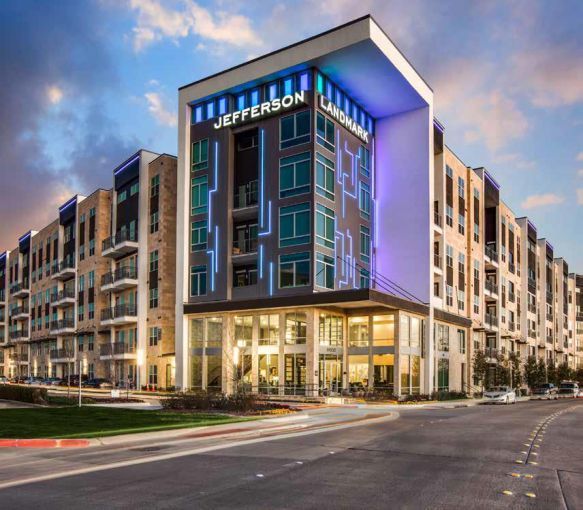 Beachwold Residential has closed on its acquisition of the Jefferson Landmark apartment building in Farmers Branch, Texas, Commercial Observer has learned.

AIG provided a $47.3 million fixed-rate loan for the purchase in a deal negotiated by Cooper-Horowitz’s Justin Horowitz, Nick Barbato and Jeff Bijur.

The 324-unit property will soon be rebranded as ‘Jewel on Landmark’. It features luxury amenities including a resort-style pool, a fitness center, a clubhouse /game room and a coffee bar. Located just off the Dallas North Tollway, the property provides an easy commute to shopping, dining, entertainment offerings in the area and sits just one block from a Whole Foods store.

The Dallas Morning News first reported that Beachwold had snapped up the asset, and noted this isn’t the New York-based investor’s first foray into the market. Beachwold also bought the 1001 Ross property in Downtown Dallas and the Austin at Trinity Green asset in West Dallas last year.

AIG also provided financing for the Austin at Trinity Green purchase, as first reported by CO. The lender financed Beachwold’s $60 million acquisition of the 355-unit asset with a $45 million loan in August. The Cooper-Horowitz team arranged the debt in that instance, too.