A Blast of Sunlight at the T Building in Queens

After years of negotiation, the redevelopment of the former Triboro Hospital in Jamaica is in full swing 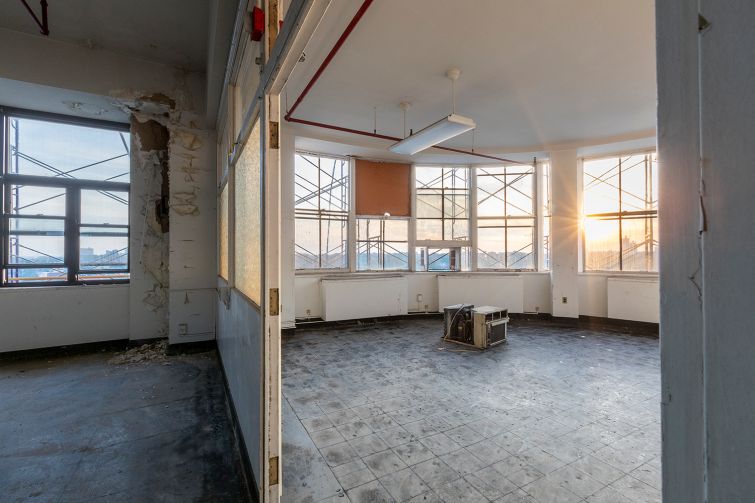 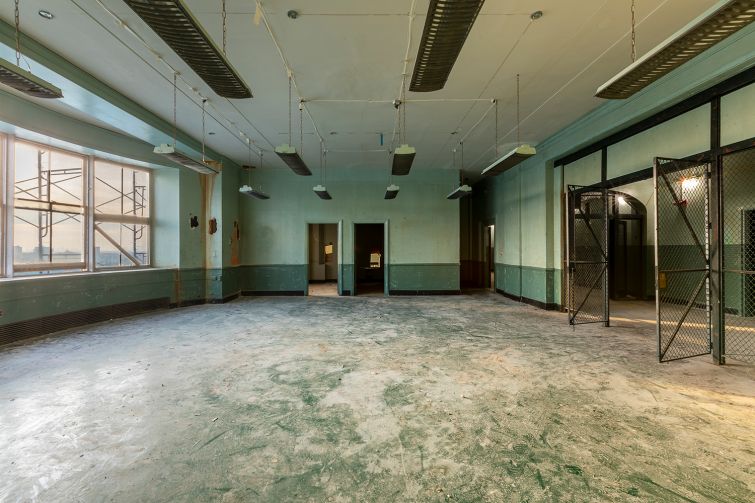 On the ninth floor, an auditorium with a stage and projection room, where visiting thespians would put on plays for sick patients, will be restored with a plaster ceiling and a rounded wood proscenium. Photo: Melissa Goodwin for Commercial Observer. 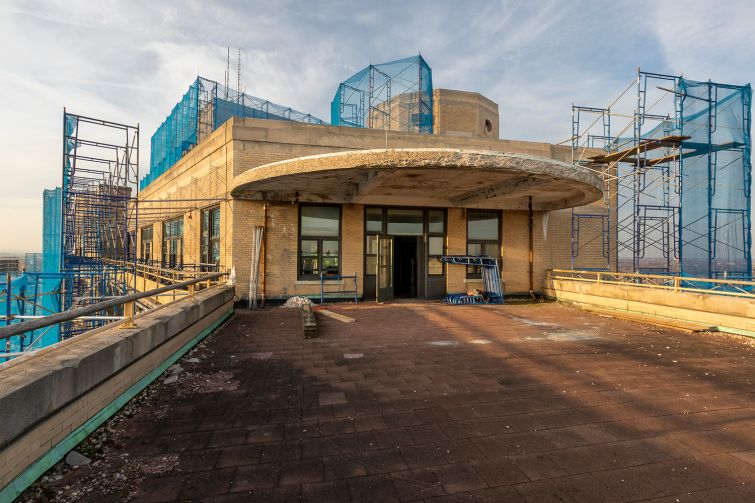 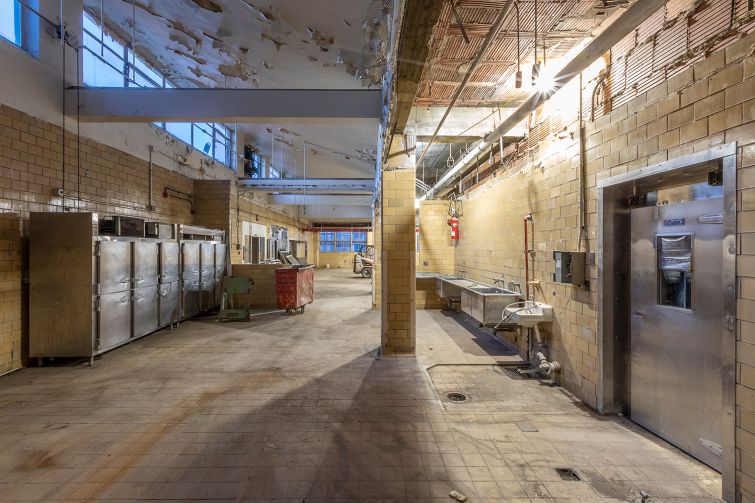 An 8,000-square-foot community center will be repurposed from the property’s industrial kitchen space. Photo: Melissa Goodwin for Commercial Observer. 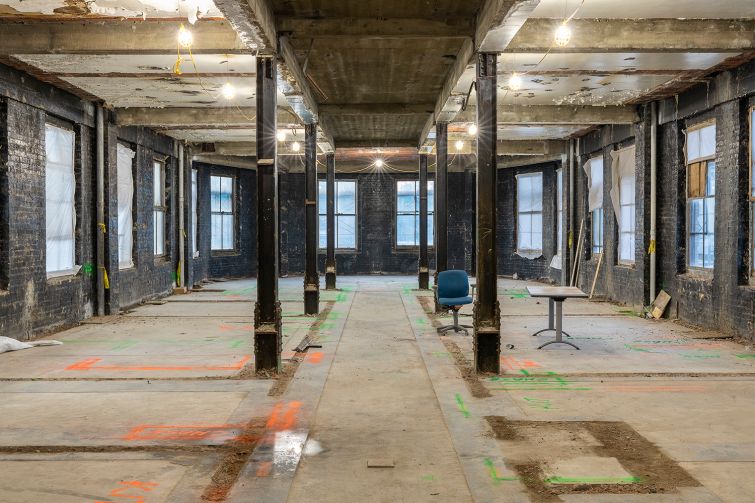 Dunn Development has racked up a lot of “firsts” with its redevelopment of the former Triboro Hospital for Tuberculosis in Jamaica, Queens, into about 200 affordable and supportive apartment units.

The Brooklyn-based firm, which is a prolific owner and operator of affordable housing in the city, is tackling its first project in Queens, its largest single-building development, and its first adaptive reuse of a historic property.

Surveying the vast swaths of vacant patient wards, decaying office labs, and cavernous kitchens, that appears to be an understatement.

The 10-story property, just north of the Grand Central Parkway at 82-41 Parsons Boulevard, originally opened in the early 1940s as the Triboro Hospital under the watch of Mayor LaGuardia. Decades later, the building transitioned into part of the Queens Hospital system, where it was known as the “T Building” and began to slowly deteriorate.

The hulking, 243,000-square-foot property has experienced a bumpy road going into its third act. Earlier plans for senior housing were derailed by the financial crisis, and preservation groups had to lobby to save the property from the brink of demolition. The city eventually selected Dunn to lead the project — a task that involved collaborating with community groups, preservationists and NYC Health + Hospitals (NYC H+H), which controls the city-owned property — and, last June, Dunn secured a 99-year ground lease at the site.

“We spent years working to build community support,” Dunn said. “It’s a big building in a neighborhood with low-rise homeownership. We brought people to the building, and our other buildings, to show them what we do and the quality of our design and operations, to get them comfortable that we’re going to be good neighbors.”

The final plans call for 124 affordable units, ranging from studios to three-bedrooms and reserved for low to moderate incomes, and 75 supportive units catering to tenants coming from NYC H+H.

Since kicking off construction last August, Dunn has been busy with things like restoring the marble lobby, which features original bronze radiator screens and grilles and double-hung steel windows that hint at the architectural gems upstairs. On the ninth floor, an auditorium with a stage and projection room, where visiting thespians would put on plays for sick patients, will be restored with a plaster ceiling and a rounded wood proscenium. The building also houses a solarium ward with historic bed partitions, an eerie and dazzling space that looks like it was yanked straight off the set of “Sleep No More.”

Agreements with preservation groups, plus the use of historic tax credits, require Dunn to retain a number of original elements within the building, such as certain 10-foot wide hallways, fixtures and certain structural elements. (Though, notably, the team has been busy undoing the work from the Batman-inspired series “Gotham,” which filmed there; set designers took the liberty of adding things like doors, walls and even a few sea-green archways.)

“There are so many things that we wanted to restore,” said Maggie Poxon, senior project manager at Dunn, pointed to an oversized glass partition that was too bulky to save. “I had some big heartbreaks.”

When completed in the summer of 2021, the property will also include 12,000 square feet of office space, occupied by NYC H+H; an 8,000-square-foot community center repurposed from the property’s industrial kitchen space; an attended lobby; on-site social services; a restored library and computer room; children’s play area; roof terraces; and community, exercise, laundry and bike storage rooms.

Dunn has even embraced the property’s past association as a tuberculosis hospital. The building, after all, is orientated to the southwest, so patients could receive a blast of afternoon sunlight through the oversized windows and cantilevered balconies.

“As a tuberculosis hospital, it was all about getting light, air, and getting sun into the lungs of the people — and keeping them happy,” Poxon said.