1740 Broadway Gets a New Lobby, Private Club and a John Fraser Restaurant 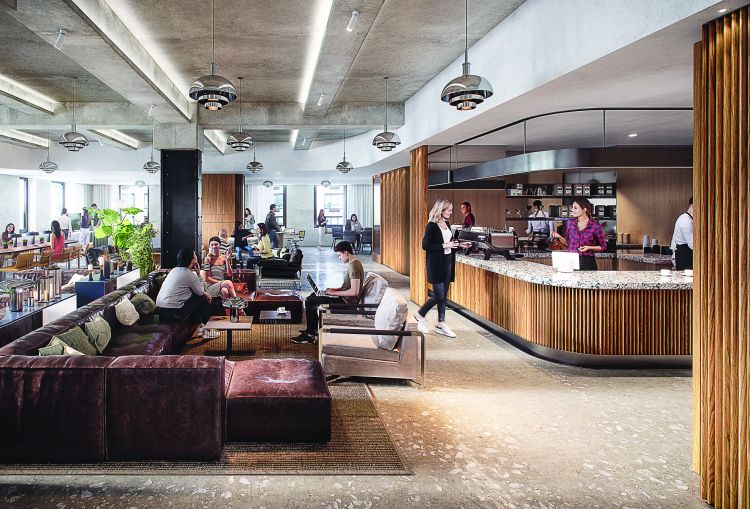 EQ Office is putting a tenant-only lounge, cafe and gym on the second floor in an effort to attract new companies to 1740 Broadway, which is losing two major tenants in the next year. Renderings: Azeez Bakare Studios 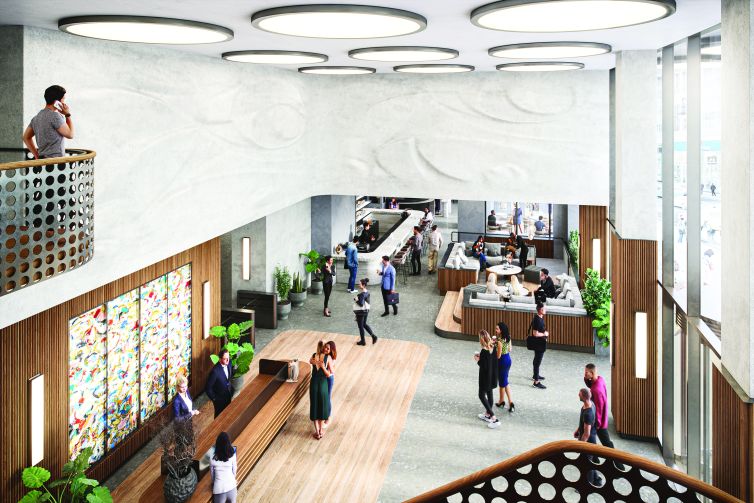 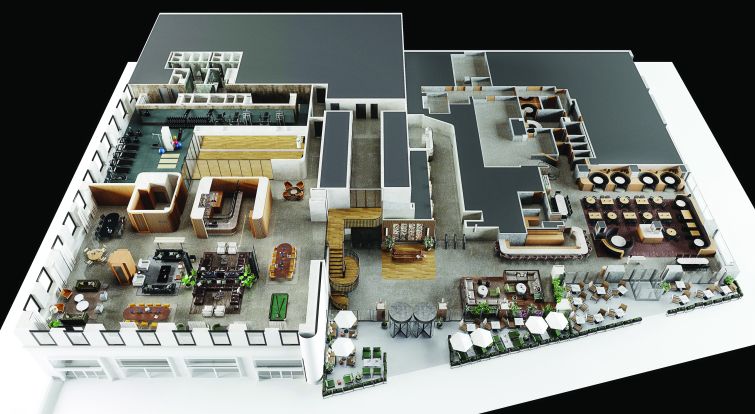 An overhead view of the planned renovation at 1740 Broadway, which includes a new wooden staircase between the two floors. Renderings: Azeez Bakare Studios 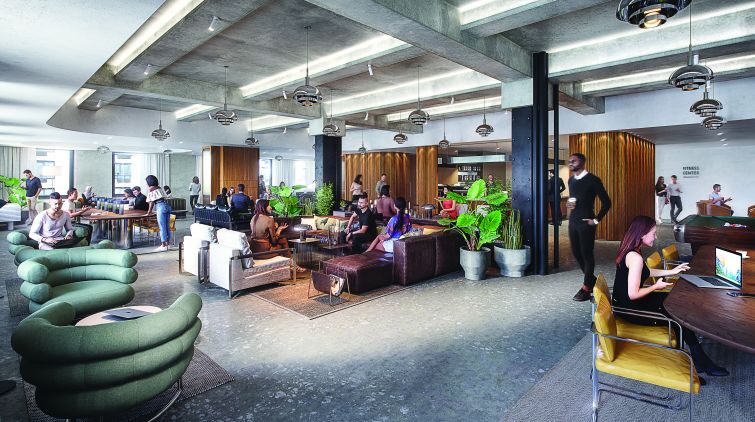 INC Architecture and Design is trying to inject a hospitality feel into the space while referencing the building's Art Moderne architecture. Rendering: Azeez Bakare Studios 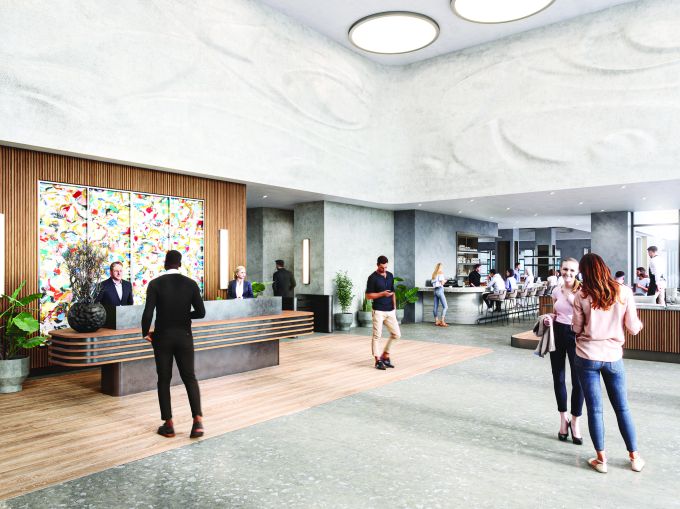 The new lobby will include a yet-to-be-named restaurant by Michelin-starred chef John Fraser. Rendering: Azeez Bakare Studios
Previous Next

Hospitality is the name of the game in office buildings right now. At 1740 Broadway in Midtown, landlord EQ Office is demolishing the building’s lobby and second floor to create a new entryway with a lounge, cafe, restaurant and a private club for the building’s tenants.

The Blackstone Group-owned real estate firm hired INC, an architecture studio known for its work on the 1 Hotel in Brooklyn Bridge Park and the TWA Hotel at JFK Airport, to design the renovation. Adam Rolston, a partner at INC, said the new space would borrow heavily from the Art Moderne architecture of the early 1950s office tower. The walls, counters and reception desk will be clad in vertical rows of light wood, and there will be plenty of exposed concrete, blackened or painted steel and mirrored chrome accents.

The first floor will include a public-facing lounge along with a 5,000-square-foot restaurant operated by chef John Fraser, who created Michelin-starred restaurants Nix and The Loyal. The yet-to-be-named eatery will open this spring in a space formerly occupied by Brasserie Cognac. Also, a newly constructed spiral grand staircase will connect the lobby to a new mezzanine floor with the 15,000-square-foot, tenant-only club. The club space will include a gym, a cafe outpost for Fraser’s restaurant, a lounge area and conference rooms.

Like many new amenity spaces in office buildings, the space will be an attempt to bring the comfort of hotel and residential lounges into a workplace environment. Rolston described the interior design as “the materials of [Art] Moderne but rendered in a casual way,” noting that the furniture will be “soft, warm materials like wool and soft leather.” That mid-century modern theme is completed by light green semi-circular armchairs, silvery domed ceiling lamps, faded leather couches and various potted plants.

EQ, which was founded by legendary investor Sam Zell, is starting the renovations as it awaits the departure of two huge tenants in the 600,000-square-foot building. Law firm Davis & Gilbert is moving to 1675 Broadway later this year and Victoria’s Secret owner L Brands is leaving in 2022. Together, the two companies will leave 500,000 square feet vacant in the 26-story property, which is located between West 55th and 56th Streets.