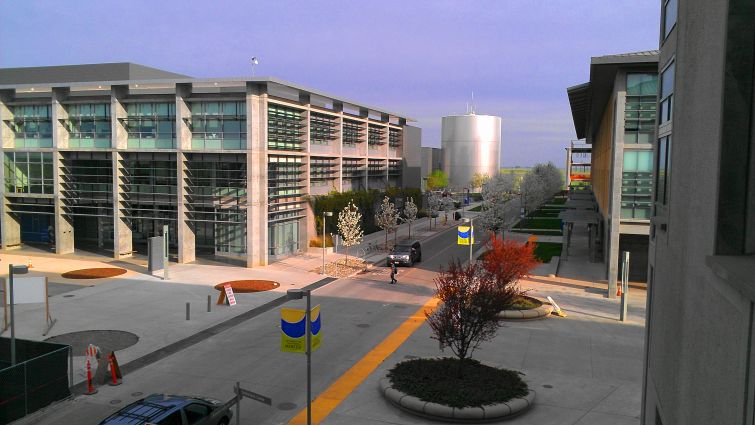 Buildings at the University of California, Merced. Photo: Wikicommons

A large student-housing project in Merced, Calif., will go up with help from a $68.8 million construction loan from Mosaic Real Estate Credit, the lender announced this week.

The 885-bed private dormitory, which is being constructed by Michigan-based Shamrock Acquisitions, will go up near the campus of the University of California, Merced, which opened in 2005 and remains the U.C. system’s newest university. Shamrock will use the proceeds to refinance outstanding development debt and to pay for construction and other site work, according to a Mosaic spokesman.

Merced Station, as the project is known, will rise at 2980 East Yosemite Avenue in the San Joaquin Valley town in Central California, about 75 miles east of San Jose. The building site is about equidistant between the UC Merced campus and downtown Merced, a city of about 80,000 that’s also an important center for almond and dairy farming.

The sprawling Merced Station will include 15 residential buildings on a 17-acre site that will also provide common spaces and some retail tenants. Students will live in a mix of two-, three- and four-bedroom units. And, as has become de rigueur for new-construction private student housing, the development will also feature its fair share of resort-like amenities, such as a swimming pool and a spa.

Along with U.C. Davis and U.C. Riverside, U.C. Merced is one of only a few of the nine other U.C.-system schools not located in one of California’s densely populated coastal regions. Planning for the Merced campus began in 1985, and it has proved a popular draw for its primarily California-native student body, which has quadrupled to 8,500 students since 2005.

The university expects that figure to grow to 10,000 by the end of next year, and has planned a $1.3 billion campus expansion that will double the size of its facilities. Meanwhile, construction of Merced Station is set to be finished in time for the beginning of the 2021-2022 school year.

Drawn to the sector by growing student populations, developers have joined the race to build private dorms from coast to coast, but their efforts have not always landed on solid footing. Commercial mortgage-backed securities (CMBS) lending — which offers easily tracked data — tells the story well. More than 15 percent of the $1.53 billion in CMBS student-housing debt issued over the last 10 years is currently delinquent, a rate six times higher than for the overall CMBS market.

The tactic of wooing students with a slew of la-di-da amenities — which elsewhere include features such as tanning beds and video game rooms — has contributed to the sector’s instability, according to Manus Clancy, an executive at Trepp.

Representatives for Mosaic and Shamrock didn’t immediately respond to inquiries.