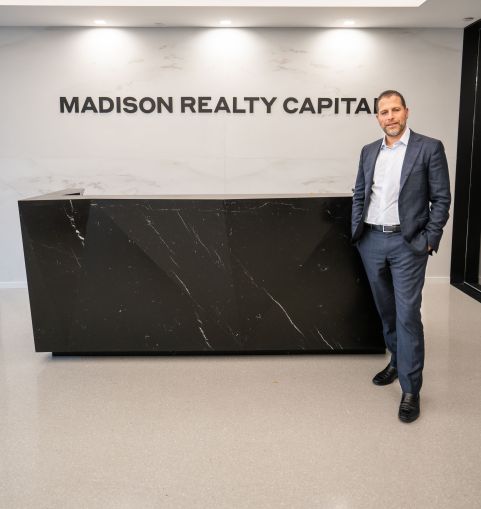 Madison Realty Capital moved into its fancy new office at 520 Madison Avenue earlier this year, but the upgrade is just part of a bigger expansion plan as the company increases its lending footprint and pursues an array of complex and impressive debt opportunities. Commercial Observer caught up with co-founder Josh Zegen and learned about some of the new strides MRC is taking in New York City and beyond.

Commercial Observer: You moved into the new office at the end of April. What else is new at MRC?

Josh Zegen: We opened our L.A. office about a year and a half ago, so we’re spending more time on the West Coast. We’re also spending a little more time in Texas and South Florida. We’re still focused very much on major cities, major metro markets and we’re typically following job growth.

Which cities have your attention right now from a lending standpoint?

In Texas, I’d say, Dallas, Austin, Houston and San Antonio. On the West Coast we’ve done around $600 million of deals and they’ve been in major locations like Santa Monica and the Wilshire Corridor. We’ve seen very interesting opportunities there, and the need for special situation financing as well as higher-touch, value-add financing.

What are some of the opportunities you’re seeing?

There’s a need for customized financing, whether it’s construction, whether it’s renovation, or whether it’s more nimble financing that requires us moving a little quicker than some other [lenders]. In California there’s typically a long entitlement process — and we haven’t gotten involved in anything that’s not entitled — but a lot of banks will push back because value is created over a long period of time when someone entitles a property. Traditional banks are very focused on loan-to-cost, not necessarily the value that’s being created, whereas a lender like us is interested in what a property will be worth at the end of the day, as opposed to the loan to cost.

In terms of your lending portfolio, how much is construction-focused today?

Probably 30 percent is construction, 30 to 40 percent is light transitional and the remaining 30 percent is heavier transitional existing assets. But it’s everything from the Sam Chang deal [a $83 million loan to refinance a hotel at 25 West 51st Street] where he was buying out some partners and recapping the deal to bring a new flag in; to financing the Raffles Boston Back Bay Hotel & Residences [at 40 Trinity Place in Boston’s Back Bay], which was a $315 million dollar loan to Cain international and a local sponsor up there [a partnership between hoteliers Gary and Jeffrey Saunders of Saunders Hotel Group and developer Jordan Warshaw of The Noannet Group]. That was the first deal we did in Boston.

I think the fact that we service our own loans and can really customize financing to borrowers’ needs and hold that position was what meant a lot to Cain. There were many other financing sources who wanted to do a senior/mezz, but the more complicated the capital structure, the more complicated it becomes for the borrower if there’s any kind of modification needed or change needed further down the line. And, in anything construction, development, heavy value add, there are always things that come up. I think having a single source [execution] resonates with the development and ownership community.

How much importance are borrowers placing on asset-management capabilities today?

Alternative lending has become a very different animal than it was 10 years ago. There are many, many people who do it, but not a lot of people who do it well. We’ve been in business for 15-plus years, and a lot of what we do is really focused on asset management and making reasonable, rational business decisions with the borrower — especially as markets change. More and more of the debt business has become commodity-like in the sense that what was originally out-of-the-box financing is now very much in the box because it’s driven more and more by leverage, by warehouse lines, by CLOs and by things that really have a defined framework in a box.

What we’ve been focused on is things that don’t necessarily fall squarely into that box but are in more of a transitional format. When the Raffles Hotel has a temporary certificate of occupancy, there will be 50 lenders lining up to do that loan at Libor plus 250 [basis points]. Then it’s going to be a race over proceeds and rate. I don’t need to be the cheapest source of capital. We have the same borrowers coming back to us again and again because of customized financing flexibility; they know where to find us. We service our loans, and the more high touch the transaction, the more necessary that [capability] is. Borrowers are becoming more and more sophisticated. You had debt fund lending 1.0 in 2008, 2009 and now you have debt fund lending 2.0, which is the next generation of these firms. The repeat transactions are really the testament of whether that firm did a good job.

Well, it’s viewed sometimes as less risky. But, when you look at the debt yields and the last dollar people are underwriting to, in some ways it can become more risky. There are a number of lenders out there and some are doing it better than others. Some of those lenders are now more focused on secondary and tertiary markets, and the reason why we [at MRC] are not is because we’ve seen what happens when liquidity dries up. It’s the first thing that typically goes, but it’s also enticing for those who view it as, “I’m able to get a 12 percent debt yield on a suburban office building.” But when things do dry up, sometimes those markets crater a little quicker than some other places.

Are you seeing anything in today’s lending market that reminds you of pre-crisis days?

Leverage. If you look at it over the last 10 years, it’s been more disciplined. But I think that competitive factors here are heating things up.The other thing that’s happened is you have more and more debt platforms, partially driven because there aren’t opportunities on the equity side. Owning real estate is different from lending on real estate. And there’s a big difference between last dollar when you own, versus last dollar when you lend.

Are you doing any non-performing loan acquisitions?

Yes we are. We bought the $50 million 9 Dekalb mezz loan last year before [JDS Development’s] Michael Stern bought out [Joseph] Chetrit, which really allowed flexibility for Stern and Chetrit to work out their differences. We didn’t take action, we allowed time. And that time allowed Silverstein and Oterra Capital to come in with the full capital stack to take us out, as well as [Bank OZK]. We are finding more and more [loan purchasing opportunities] from alternative lenders that are not necessarily equipped to deal with non-performing situations, which presents opportunities for us to recast the deal or create more flexibility or get more collateral or get more time, and that’s been a lot of modify-rework-restructure kind of deals.

Have you adapted your lending strategy, given that there could be a downturn coming? Or is it business as usual?

For us, business as usual is always looking at the world we live in today and thinking about underwriting with that perspective. We are late cycle, so we have to be a little more cautious — but then, we’re always cautious, and we’re  always thinking of downside protection. The quality of our deal flow has only improved over the years, the quality of our borrowers has only improved and I think again, it’s the repeat clientele that shows that. Sometimes I’ll win deals not necessarily being the cheapest source — I may be more expensive — but it’s the certainty of execution that gives borrowers comfort.