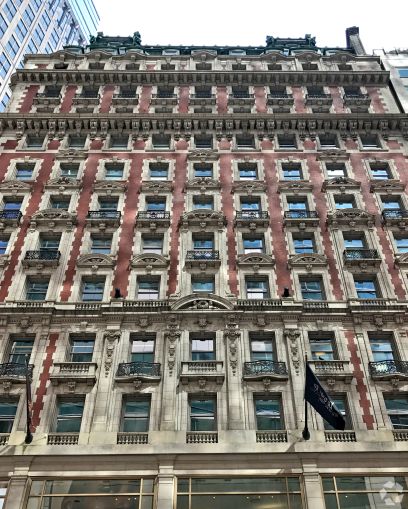 Fifth Third National Bank has handed Invesco a $115 million refinancing of a retail condo it owns in Times Square, according to New York City property records.

The new debt replenished the leverage for the storefront at 1466 Broadway that Invesco has controlled since the end of 2012, when it paid $195.8 million to buy majority stake in the space from Walton Street Capital. (Crown Acquisitions and Highgate Holdings also had smaller equity shares in the deal.) Fifth Third’s lending includes a new $7.9 million mortgage and also takes over the outstanding balance of a $110 million loan on the property from United Overseas Bank in 2012.

The 35,000-square-foot space most recently hosted a Toys “R” Us pop-up store that opened before the 2017 holiday shopping season, as Commercial Observer reported at the time. The store stayed open into 2018, surviving a nationwide round of Toys “R” Us store closures, but it has since been shuttered.

But the Fifth Third refi comes as a new tenant has signed a lease for the space, which is at the corner of Broadway and East 42nd Street: JD Sports, a British athletic-wear retailer. Cushman & Wakefield confirmed the deal in a research note published over the summer, and a Newmark Knight Frank retail broker, Alexandra Tennenbaum, took credit for negotiating the lease in a professional biography on her company’s website; she worked with fellow NKF broker Ben Birnbaum in arranging the lease agreement.

The space takes up the lower levels of the Knickerbocker Hotel, a lodging that first opened in 1906. Owned by John Jacob Astor IV, the hotel became a hangout of New York City’s upper-crust social set: famed opera singer Enrico Caruso lived there, and the location gets a callout in “This Side of Paradise,” F. Scott Fitzgerald’s debut novel.

Around 1920, Prohibition brought hard times on the hotel’s presumably gin-soaked lobby scene, and its owners converted it to an office building, which it remained until the 21st century. Under the auspices of Highgate, which operates the lodging, and FelCor, the real estate investment trust that owns the building’s upper floors, the Knickerbocker reopened as a 330-room hotel in 2015. (The hotel does not serve as collateral for the Fifth Third loan.)

The new debt deal closed in late November, according to the New York City Department of Finance filing. But since then, the opening salvo of a new court battle has shed light on the mounting challenges facing Times Square’s retail landlords. On Monday, Natixis began foreclosure proceedings against Maefield Development‘s 20 Times Square, where it lent $2 billion last year.

That building, at Seventh Avenue and West 47th Street, has a 40,000-square-foot retail space that was formerly leased by the National Football League. Natixis is suing for foreclosure because it says that Maefield blew past a commitment to find a new tenant for that venue by September, as The Real Deal reported yesterday.

And of course, Toys “R” Us’ departure from 1466 Broadway wasn’t the first time the company backed away from a retail presence in Times Square. Until 2016, it ran a massive 110,000 flagship at 1514 Broadway, at the corner of West 44th Street. That store, which opened in 2001, was an early iteration of the experiential retail trend, featuring a 60-foot Ferris wheel and a life-size dollhouse.

But rising rents spelt an end to the playtime 15 years later.

A spokeswoman for Invesco declined to comment. Representatives for Fifth Third Bank didn’t immediately respond to an inquiry.