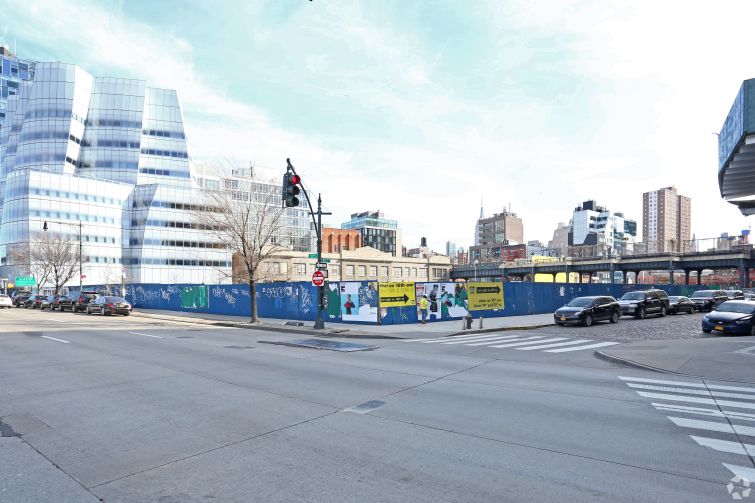 The site at 76 11th Avenue, which HFZ is building The XI condo project at. Photo: CoStar Group

John Simonlacaj, 50, helped the mob skim hundreds of thousands of dollars from several of HFZ’s developments around Manhattan, including the Bjarke Ingels-designed condo and hotel buildings under construction next to the High Line, The XI, The City first reported. Simonlacaj served as a managing director of development at New York-based development firm.

Efforts to contact Simonlacaj were unsuccessful; his profiles on the HFZ website and social media accounts including LinkedIn and Twitter have been removed or deleted, and contact information for his attorney was not immediately available.

“HFZ, along with several other major New York City development firms, learned of a government investigation into CWC several months ago,” a spokesman for Ziel Feldman’s HFZ said in a statement. “As a result, HFZ removed CWC from all of its projects and cooperated with the investigation. HFZ immediately terminated Mr. Simonlacaj’s employment upon learning of the allegations against him, which run contrary to the values of the firm and how its business is conducted.”

Between June 2018 and June 2019, CWC paid thousands in bribes and kickbacks to Simonlacaj and “multiple” employees of HFZ so they would award contracts to CWC and approved inflated change orders to projects, according to court documents. In one instance, CWC provided free labor and materials to do “extensive” renovations to Simonlacaj’s Scarsdale, N.Y., home as part of the scheme, prosecutors allege.

“This director, John. There’s a beautiful in there [sic],” Fiore was caught on a wiretap saying, according to federal prosecutors. “There’s things that we can do with [Kocaj] there, he whispers what he needs to whisper and we get things.”

One of the projects CWC worked on for HFZ was the 950,000-square-foot XI project at 76 11th Avenue, which takes up a full city block between 17th and 18th Streets and 10th and 11th Avenues. The development includes 236 condos and a 137-room Six Senses resort hotel.

The XI has two $70 million penthouses and, while sales have been off to a slow start, Graeme Hart — the richest man in New Zealand — dropped $34 million on a five-bedroom apartment in the building in June, The Real Deal reported.

Simonlacaj was arraigned on wire fraud conspiracy and tax fraud charges on Friday in Brooklyn Federal Court where he pled not guilty, The City reported. He was released on $250,000 bail.