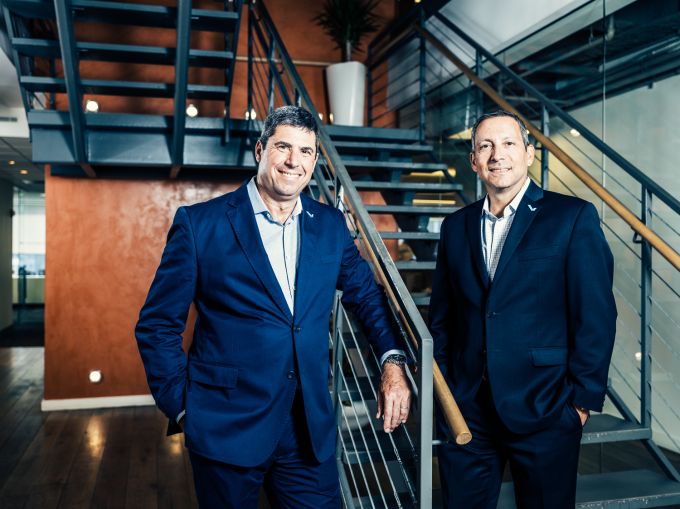 The entire market is in transition in the wake of the rent regulation laws that were passed in June. While Manhattan’s residential market has overall remained flat, the median price of luxury rentals increased by 4.2 percent year over year, according to an October report from Douglas Elliman.

Who better to find out what’s happening on the ground than the largest residential property manager in New York?

FirstService Residential is in charge of orchestrating the tenant experience at more than 70,000 units in the city, ranging from prewar landmarked buildings to luxury towers and run-of-the-mill co-ops. That portfolio encompasses more than 500 buildings including the supertalls at 53 West 53rd Street and 432 Park Avenue.

The firm is led by Dan Wurtzel, a more than 30-year industry veteran who has served as president since 2008. He oversees a multi-pronged team at FirstService, which has expanded past basic property management into business lines such as energy services and an advisory team that works on new developments.

Commercial Observer sat down with Wurtzel and Kotler at the firm’s Murray Hill offices to discuss how the firm is fostering community within its buildings, its assignment at 53 West 53rd and their thoughts on how operators can run a tight ship.

Dan Wurtzel: All the data that we have shows that apartments are still renting; they’re not taking any longer. In this market there are more concessions to the renters than there were a couple years ago and with those concessions, the apartments are being rented. But as far as where I’m sitting today, there’s not much of a difference between the luxury rental market and the middle-of-the-road luxury market.

When you talk about investments into residential buildings, what does that mean? Are they amenities and programming, improvements in the actual building?

Wurtzel: It’s improvements in the actual building, because landlords and owners were able to get capital improvement increases based on the type of work or building-wide improvements that were done. That has been watered down significantly with the new [rent laws]. As a result, there’s no incentive for landlords to put any money into buildings unless it’s absolutely necessary.

Are you operating any buildings that have been impacted by the rent law?

Wurtzel: Sure, we manage about 15,000 rental units. Every single one of the owners, and/or asset managers that oversee those properties, are impacted, because three- or five-year projections on revenue — that they may have done at the beginning of this year or the end of 2018 — now have to be basically torn up and redone.

We’ve heard that some landlords, looking to combat income loss from regulated rents, might be taking on things like more amenities — extra perks for extra fees. Do you think there’s going to be more of that going forward?

Wurtzel: Everything is very new and fresh since the rent-law changes are now being digested by owners and attorneys. But there now has to be an emphasis on: Where can they make that up? How can their buildings be more marketable? Because the investments in the apartment improvements are not going to be what they were, because they cannot deregulate them and bring them up to market and the vacancy allowance has been basically eliminated.

Landlords now need to be looking at what else they can do to make their building shine and make people want to stay in them. And again, creating a sense of community is important, because that will reduce turnover. If you reduce turnover, you’re reducing vacancies and rent loss from those vacancies.

Marc Kotler: On the condo side, I do a lot of pre-development consulting and that includes creating the budget for the condominium. And even in the affordable luxury, luxury and ultra-luxury world, we are always very sensitive to the … common charges. So, when we’re creating those budgets, we’re making sure that the building can operate efficiently, with high-level service, but keeping the charges low enough where it’s not such a huge burden to live in that building, because the other side of the equation is real estate taxes.

Real estate taxes, you have no control over, and they keep on going up. And I’m sure with this new rent regulation the taxes will go up even more. So based on that, we have to be even more sensitive about trying to keep operating costs down, even in the luxury condo world.

In what ways does that sensitivity show itself?

Kotler: In your monthly common charges … that’s probably going to make up 70 percent of your operating costs within a building.

Wurtzel: The other area that’s very important, that sort of ties in to our end of it, is that when a developer builds all these amenities and the building is sold and it’s controlled by the residents, amenities can get stale if you don’t program them properly. If they get stale and nobody uses them, they really become wasted space.

So it’s critical as the building matures that we’re staying on top of what will attract people into the area where there’s a commercial kitchen. As opposed to just having a dinner party there on holidays, maybe there’s a cooking class. You have to be able to not take for granted that these amenities are just going to draw people into those spaces, you really have to work and say, “Okay, what’s going to bring people into the fitness center? You know, we’ve been running spin classes for a while and maybe boxing classes are now the new thing.” That is part of what we want to do and because FirstService also owns an amenity concierge company, we’re very plugged into what the latest trends are in those areas.

FirstService is linked to some very high-end developments in New York City. Would it be fair to characterize what you do as servicing luxury buildings?

Wurtzel: Yes, but we manage all levels of buildings. The new building development group is generally opening up the high, super-luxury buildings that are going up now.

What are some of the issues that pop up when opening and operating new buildings?

Kotler: You’re moving people into a property where typically the bottom half is done, and the top half is still under construction. It’s balancing all the things that are going on during that process: construction workers in the building; you’re stacking the building; you have people selling apartments in the building still. It’s a very sophisticated choreographed dance in order to make it all work.

How does FirstService define luxury living? And how do you provide it?

Kotler: Well, I would say there’s luxury and then there’s ultra-luxury. So, a luxury product is where you’re going to have a doorman and concierge-type services. And it’s all about the level of service provided to the residents in the building and the types of amenities that are in those properties. The newer properties are highly amenitized to draw people to buy apartments.

In the ultra-luxury properties, the level of service is even a step higher and the amenities go further in terms of what they’re providing.

So, it’s staffing, it’s responsiveness, it’s knowing [the residents’] wants before they even know what they are. And it’s kind of developing a hospitality-type of service model around these luxury buildings, like a five-star hotel.

You got the assignment to manage the condos at 53 West 53rd. Can you tell us a little bit about what your assignment there looks like, and what you are offering to those tenants?

Kotler: That is an ultra-luxury, supertall building. And it’s a beautiful property — it’s next to MoMA … there [are] a beautiful bunch of amenities in that building from a pool, a fitness center to other very customer-focused amenities. And the level of finishes is just top-notch.

Do you think these supertalls are a prototype for the future of luxury condos in the city?

Kotler: I know that it’s a very select group that can afford those types of buildings.

Wurtzel: What you see now as development pushes out away from Manhattan — which has always been like the epicenter of development — and it moves into Brooklyn — pushing beyond Brooklyn Heights, and Downtown Brooklyn, and Park Slope — and also on Long Island City and Queens — you now have something called affordable luxury. Which is basically more of a modest building, but having amenities in there so that residents can feel like they’re living in a very well-run, high-level building. But, the finishes in the apartment, they’re not the same that you may see at 53 West 53rd Street, and that’s reflected in the price of the apartment.

What are some of these amenities that you offer within these buildings?

Wurtzel: [A] very high-end fitness area which will have separate rooms for yoga, Pilates, or whatever is the newest and greatest trend in that area. You will have a pool, you will have outdoor space, you’ll have sort of a screening room. Certain buildings may even have a dog washing area. We have a building that has a bowling alley.

Kotler: Some of the higher end, those who have their own dining room, private dining for the residents, that’s very specialized. And also some have an onsite concierge; it’s not somebody on the front desk, but someone that’s actually placing dinner reservations, theater tickets, private jets, they will deliver any service that you want, that a hotel concierge will deliver.

Wurtzel: But even in what we call the affordable luxury market, the idea is to keep people in the building and create a sense of community so that people will want to go to the club room and watch a sporting event and play pool and socialize with other members or other residents in the building and bring in their friends. That’s what you’re trying to do, as opposed to buildings that were built in the 60s or the 80s: Apartments, nice lobby, but that was pretty much it.

Kotler: Those amenities like the golf simulator, and some of our larger buildings that have the outdoor grill stations, they get used a lot. It really does build a sense of community, because people go there and use them with other people.

Do you guys have any major assignments coming up that you can tell me about?

Wurtzel: We have a number of buildings where, because of where they are in the development stage, are still under a [non-disclosure agreement]. We can’t disclose those, but we have a very strong pipeline over the next three years of some very large-scale developments. The pipeline is still robust, despite some of the changes that are going on around the rent-regulation laws and so forth.

What’s the most extreme amenity that you’ve ever added or considered adding to a building?

Kotler: We have a rock climbing wall at American Copper, which is pretty cool.

Wurtzel: American Copper is two copper towers and they have a sky bridge that connects them from the 27th floor to the 30th floor, and they have a pool in there … It is probably one of the more unique and just super-cool places to go … that sensation of almost being suspended in mid-air, while you can swim laps, or you can hang out in a lounge, you can have a party there, is something unique and very different. The whole thing with amenities is just programming them and making sure that residents are going to use them.

Kotler: We had a building open in the Financial District. The development had a vision of having a grand piano in the lobby and a piano player playing the piano as people are walking in after work, playing smooth jazz or whatever. And it was a great thought, but after the residents’ board took over, that piano playing was gone.