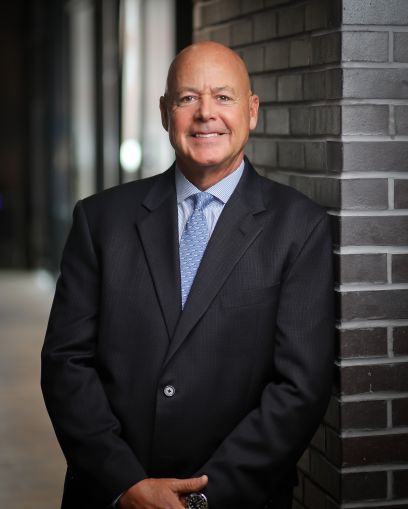 Hoffman & Associates, the Washington, D.C.-based co-developer of The Wharf, has announced that Mark Dorigan will be stepping into the role of CEO, with founder Monty Hoffman moving from CEO to chairman.

The firm, which recently rebranded from PN Hoffman and has been busy expanding in Virginia and North Carolina, also announced that Shawn Seaman will be moving into the role of president. The changes to the executive lineup are effective immediately.

“We’re expanding and growing in different markets, and mixed-use development is very complicated and I want to open lanes up for promotion within the organization, and to do that, we’re starting at the top,” Hoffman told Commercial Observer. “Myself moving over to chairman and Mark going to CEO and Shawn going to president allows that to happen. It’s actually adding more leadership to our mission.”

A 30-year industry vet, Hoffman founded the company in 1993 with a single townhouse conversion. He’s among the 25 leading execs named to CO’s Washington D.C. Power List earlier this year.

A longtime partner in the firm, Dorigan has been at Hoffman & Associates for 12 years, charged with leading the company’s legal and corporate affairs and playing an important role in its acquisition pipeline. He played a big role in the $2.5 billion Wharf project, handling negotiations of the land, development and financing.

“I am honored to serve as CEO, lead an extraordinary team of talented professionals and continue to build our exciting platform,” Dorigan said in prepared remarks. “Being a part of this company since its early years and partners with Monty has been the most rewarding experience and the highlight of my more than three-decade career in real estate. I am looking forward to working closely with Monty and Shawn to guide this company’s future.”

According to Hoffman, Dorigan’s role won’t shift dramatically away from what he’s doing now.

“His organizational skills and the fiscal discipline he places inside the organization is really paramount and that will continue,” Hoffman said. “He will be doing a little bit more on the macro stuff, with helping guide some of our strategies a bit more on that.”

Similarly, Seaman’s responsibilities aren’t a radical change from what he’s doing now. Coming on board in 2001, Seaman currently leads the acquisitions and development activities for the company and was project director for The Wharf. In his new role, he will continue to lead ongoing expansion plans in the D.C. metro area and North Carolina.

For Hoffman, the new title allows him to remove a little from the day-to-day busy work and allows him to focus more on the macro division and where the company is headed in 2020 and beyond.

“It’s a cross alliance from all three of us and will open further changes that we expect in the new year,” Hoffman said.