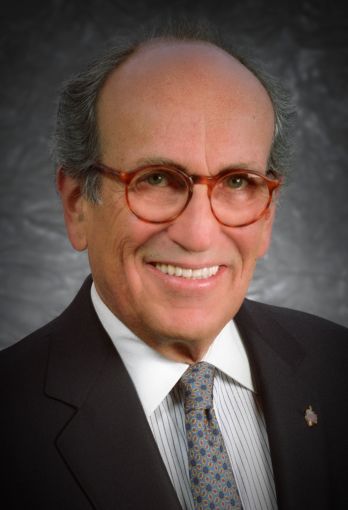 Burton Resnick, who led his father’s real estate firm Jack Resnick & Sons for decades, passed away over the weekend at the age of 83.

He died at his home in Rye, N.Y. early on Saturday morning, according to his New York Times obituary. His death was first reported by The Real Deal.

Resnick spent his childhood in the Bronx and New Rochelle before attending the University of Chicago and graduating with a bachelor’s degree in philosophy. He returned to New York in 1956 to learn the ropes in the real estate business that his father, Jack, founded in 1928.

Jack’s father owned a couple of tenement buildings in lower Harlem, on 100th Street near Park Avenue, Resnick told Michael Stoler in 2011. Then when the Depression struck, the banks asked Jack and his father to operate — and in some cases take ownership of — some other buildings in the neighborhood.

In the late ‘50s, the first project he oversaw was the conversion of a Loew’s Theatre at 142nd and Alexander Avenue in the South Bronx to a Safeway store. He assumed the 7,500-square-foot buildout would cost $60,000.

“I knew nothing about building a building outside of what he did because I was a philosophy major in school,” he told Stoler. “The bills came in and the job cost $100,000 to build. You’d think a 40 percent overrun would have made my father furious. No. He was the kind of guy who said, and did say, it was the cheapest education I ever paid for.”

His other early projects with his father included the renovation of four industrial buildings on Hudson, Vandam and Spring Streets in what is now Hudson Square. The construction was challenging because they had to fill in an interior courtyard, and the buildings sat on an underground creek, Resnick explained to Stoler.

“It was a terrible job to do,” he said. “We had to drive piles in this courtyard. Minetta Creek ran right under it; the building was actually sitting on the bed of the creek.”

The property, 315 Hudson Street, was partially leased to Google last year as part of the company’s plans for a $1 billion Hudson Square campus.

Once he took over the company in the 1960s, Resnick turned the firm into an office development machine, putting up commercial towers like 110 East 59th Street, 1755 Broadway, 880 Third Avenue, One Seaport Plaza and 255 Greenwich Street, along with residential high-rise Gracie Mews. Today, Resnick & Sons’ holdings include five million square feet of office and retail and several hundred apartments, largely in New York City.

Resnick also did two stints as chairman of the Real Estate Board of New York, from 1989 to 1991 and then from 2001 to 2003. In a statement, the trade group called him “a great leader of our industry and an extraordinary New Yorker.”

And he was one of several well-known real estate figures who were swindled out of money after investing with Ponzi schemer and former investment adviser Bernie Madoff, with whom Resnick sat on the board of Yeshiva University.

Besides Yeshiva, Resnick was a noted philanthropist who chaired the board of Albert Einstein College of Medicine for 18 years and helped fund the expansion of its campus in the Bronx. He also served on the boards of Weill Cornell Medical College, Metropolitan Museum of Art, the New York chapter of the Anti-Defamation League, Carnegie Hall and UJA-Federation.

He is survived by his wife, Judith, and his three sons, Jonathan, who is the current president of Jack Resnick & Sons; Scott, who runs development firm SR Capital; and Peter, who works in venture capital.

Even after making Jonathan president in 2007, Resnick remained the chairman and CEO of the company, was active in REBNY as a chairman emeritus and continued his philanthropic work, particularly with Albert Einstein College.