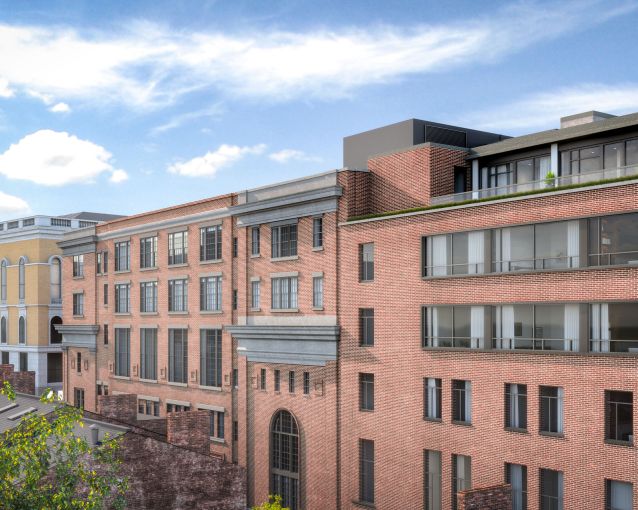 Apollo Global Management and RCG Longview have teamed up to provide Center Court Properties with a $173 million refinancing on its new luxury condominium project in a tony Boston neighborhood, Commercial Observer can first report.

The debt is a refi for Archer Residences, a 62-unit condo project at 20 Ashburton Place in Boston’s Beacon Hill area, according to Newmark Knight Frank’s Dustin Stolly and Jordan Roeschlaub, who arranged the debt. (NKF’s Nick Scribani, Chris Kramer, Brett Wilburn and Drew Ahlers also contributed.) The condominiums, which are set to open to residents early next year, occupy a site that hosted Suffolk University Law School until 2015.

Apollo provided the senior debt and RCG Longview came through with a mezzanine loan, as per the NKF team, who declined to provide additional specifics. The debt refinances acquisition and transitional lending from Ullico and GTIS Partners.

Two architecture firms, LDa Architecture and The Architecture Team, drew up the plans to convert the two-building site, a block from Boston Common, for residential use. The plans retained the original property’s high ceilings and full-wall windows.

“By gutting the space and redeveloping the two historic buildings, Archer Residences is able to offer ultra-luxury residences and an unparalleled amenity package while maintaining the neighborhoods historic setting. It’s a truly unique asset,” Stolly said in a statement.

“The team did a great and thoughtful job on this project and we’re confident it’s going to be a success,” Roeschlaub said in prepared remarks. “Beacon Hill is one of the most sought-after neighborhoods in Boston, and between the scenic cobblestone streets, the abundance of retail and dining options, and its accessibility, it’s an ideal location for luxury product.”

The renovated site includes a parking garage, a bike storage room and a pet spa, as well as a fitness center and 24-hour concierge service. Some apartments also have gas fireplaces. The largest apartment, called the Archer Penthouse, is a 6,000-square-foot, four-bedroom and four-bathroom duplex that has a large outdoor terrace and a hot tub, according to Curbed Boston.

Beacon Hill is at the center of Boston’s historic core: Residential development there dates to the 1620s. In 1955, the neighborhood became Massachusetts’ first state historic district, and it was named a national historic landmark in the early 1960s. Across the street from Archer Residences is the Massachusetts State House, a structure that predates the United States Capitol by two years and served as a model for statehouses across the country.

A spokesman for Apollo didn’t immediately respond to an inquiry. Center Court execs didn’t respond right away to LinkedIn messages about the financing.