Multifamily Investors: Get Ready for a Rethink 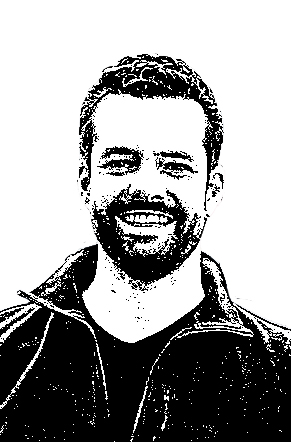 To the dismay of the multifamily industry, the state legislators in New York, California and Oregon passed rent control laws this year. Some believe that Illinois, New Jersey, Maryland, Connecticut and Massachusetts could do the same by the end of 2020.

The early indicators suggest that the effects are as bad as opponents had warned. In New York City, sales volume has plummeted, down 60 percent in the third quarter compared to last year.

As investors struggle to make deals pencil out, cap rates in the city have risen from an average of 3.69 percent in 2018 to average 4.41 percent, representing billions of dollars in lost asset value. Many believe the market was already due for a price correction, suggesting that cap rates could rise even further.

There is plenty of blame to go around, and concerns that these laws will be broadened in the near future are warranted. However, resentment doesn’t replace billions of dollars. Neither does divesting from any market that has or could pass similar laws.

Instead, owners of multifamily real estate should take a step back, reevaluate the assumptions in their financial models, and take action to recoup asset value. Specifically, owners should look towards technology to gain tighter control over their operational and capital expenses.

For example, financial models often apply a blanket 3 percent increase in operating expenses and CapEx reserves each year. This is exactly the type of industry rule of thumb that, while good enough for times of prosperity, can and should be examined more closely.

Unfortunately, going down that rabbit hole without the assistance of technology leads to an endless number of questions that simply can’t be answered in a reasonable time frame.

When was the last time the chiller was inspected? Is our elevator maintenance vendor fulfilling their contract? Was our fuel replacement delivered in full? Did all the HVAC systems come back online after the fire alarm was pulled? How much would this lighting retrofit save me? What is my boiler costing me? What is the plan if a major leak occurs?

These questions are difficult to answer in even the most sophisticated commercial portfolios. Multifamily properties have tighter budgets, smaller and less trained on-site teams, and no “building management systems” to control and monitor equipment. In addition, apartment building operators often have to perform multiple roles; any time spent on maintenance is time not spent on tenant improvements and renovations.

All of this leads to waste that simply gets priced into owning and operating multifamily real estate. The status quo is so prevalent that owners rarely blink an eye when told that their elevator maintenance vendor is doing 5 percent of the work stipulated in their contract or that the details of a recent repair were scribbled on a piece of loose leaf paper and taped to their $400,000 chiller.

The difference now is that technology developed for optimizing the workflows and efficiency of commercial assets are available at a price point that is no longer out of reach for multifamily properties. Part of this is driven by the falling cost of Internet of Things sensors, which unlock granular data about their assets for pennies per square foot.

As importantly, machine learning-enhanced software has been “trained” by experienced commercial engineers to deliver turn-by-turn directions for building staff on how to most effectively operate their buildings based on data from IoT sensors and quantifiable industry best practices.

Leaning on technology not only reduces operating expenses, it can artificially compress cap rates by providing transparency to the property assessor and potential buyer. Having a digital record of everything that has happened in an asset shakes out the risk of unexpected capital expenditures soon after purchasing the property.

In short, the effects of rent control are real and harmful to asset value, but they don’t have to be taken lying down. Multifamily owners have tools at their disposal to squeeze expenses while also creating a better experience for tenants and modernizing their assets for the next generation of property managers.

Connell McGill is the chief executive officer for Enertiv.