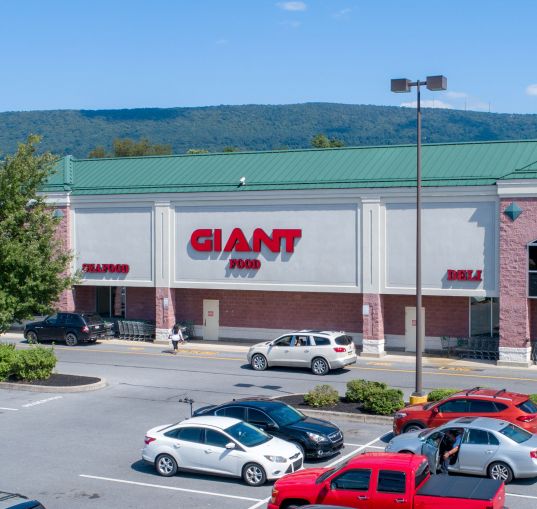 Vastgood Properties and RW Partners have closed on a $127 million acquisition of a portfolio of Giant Food Stores-anchored retail centers in Pennsylvania, Commercial Observer has learned.

Citigroup and Wells Fargo jointly provided a $97 million CMBS loan in the trade, sources said. The 10-year loan has a rate of 3.87 percent and features five years of interest-only payments.

The seven-property portfolio is located throughout mid-to-eastern Pennsylvania, totals 548,482 square feet and includes Aston Center in Aston, Penn.; AYR Town Center in McConnellsburg, Penn.; Creekside Marketplace in Hellertown, Penn.; and Parkway Plaza in Mechanicsburg, Penn. Washington, N.Y.-based Vastgood has managed the properties for seven years and will continue to do so post-acquisition.

Giant Food Stores is a supermarket chain that operates stores in Pennsylvania, Maryland, Virginia and West Virginia. An affiliate of Ahold Delhaize — the fourth largest retail grocery company in the world — the tenant accounts for 75 percent of the portfolio’s total gross leasable area as well as 80 percent of its revenue. The portfolio is well positioned for success as it features long-term leases for the chain as well as renewal options for decades to come.

Vastgood also teamed up with Conshohocken, Penn.-based private equity firm RW Partners to acquire the 153,000-square-foot Dillsburg Shopping Center in Dillsburg, Penn., last October, as reported by Long Island Business News. The asset is also anchored by Giant and its acquisition was also funded by an $18 million CMBS, also loan secured by Kallenberg.

Officials at Wells declined to comment, as did a spokesman for Citi. Officials at RW Partners and Vastgood didn’t immediately return requests for comment.