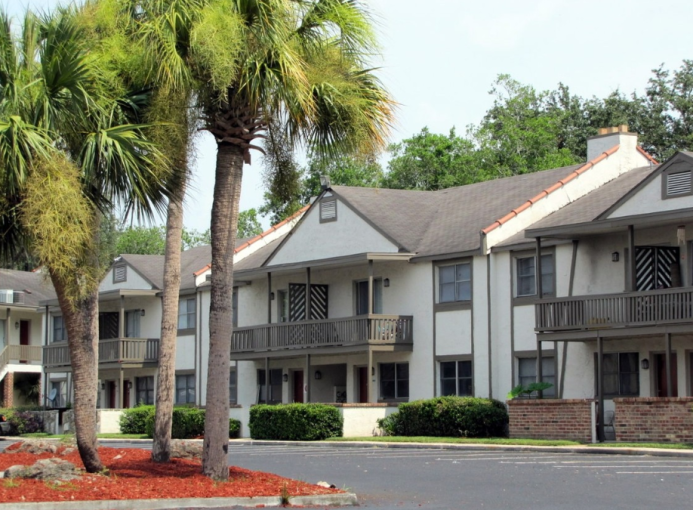 A New York City landlord has picked up a $34 million Walker & Dunlop loan to acquire a residential complex in Jacksonville, Fla. Commercial Observer can first report.

The debt funds Arch Companies‘ $40 million acquisition of Camelot Gardens, a 692-unit garden-apartment development about six miles southwest of Jacksonville’s central business district. The 616,000-square-foot complex, built in 1968, has a mix of one-, two- and three-bedroom units, as well as amenities such as a playground, a gym and swimming pools for residents. The loan also includes provisions for additional proceeds for future capital expenditures, according to a spokesman for Arch.

Arch Advisors, an Arch Companies affiliate, brokered the financing deal on behalf of its sibling firm, and Newmark Knight Frank‘s John Rutherford represented the seller in the deal, a shell company called Eagle Gardens of Jacksonville LLC. He didn’t immediately respond to an inquiry about that company’s ownership. Florida Department of State records link the seller only to a post office box in Ormond Beach, the street address of a corporate-services firm in Daytona Beach, and a lawyer in that city, Jeffrey Brock. Brock didn’t respond to an inquiry either.

The complex’s recent history provides a clue as to why the previous owner might want to remain behind the curtain. In June 2018, during the prior owner’s tenure, Jacksonville’s local CBS and NBC affiliates both aired investigations into apparently deplorable living conditions at Camelot Gardens.

“I’m very scared for our health,” one resident told the CBS affiliate, Action News Jax, regarding repeated sewage backups in her apartment.

At the time, the city of Jacksonville had 55 active complaints about code violations at the property.

In a statement about its acquisition of the complex, Arch Companies executives referred obliquely to efforts to improve conditions at the troubled Camelot Gardens property.

“Arch Companies plans to invest heavily into the community through a curated property renovation and rebranding effort,” said Jared Chassen, a partner at the firm.

And in an email, a spokesman for Arch addressed the property’s previous shortcomings more directly.

“Arch Companies plans to rebrand the property and facilitate an extensive upgrade through a phased renovation plan that will also minimize interruptions to tenants,” the spokesman said. “Arch is committed to making the Camelot Gardens a community where current residents want to stay, and plans to invest significantly in creating a better tenant experience.”.

A spokeswoman for Walker & Dunlop did not immediately respond to an inquiry.

Jacksonville, located just 25 miles south of the Georgia state line along Florida’s Atlantic coast, is the state’s most populous city, at almost twice the size of Miami. (That statistic, however, belies Miami’s much more populous metropolitan area.) Two naval installations there together employ approximately 35,000 people, according to U.S. Navy statistics, and its port is one of America’s most spacious by land area, according to the U.S. Department of Transportation. Other major employers include Northrop Grumman, Johnson & Johnson and Bank of America.