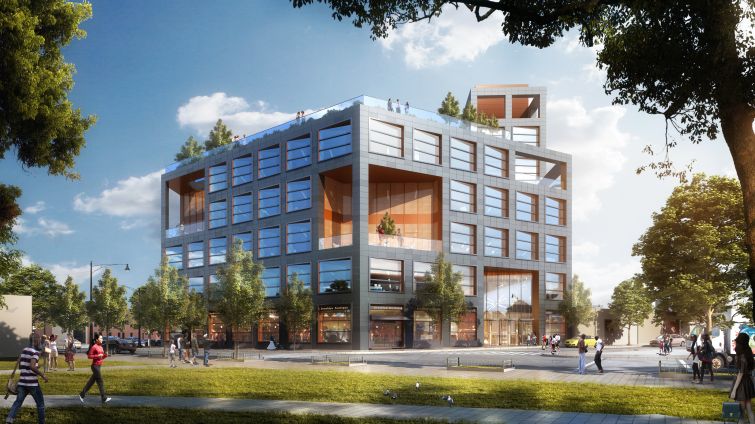 Simon Baron Development has put its newly rezoned development site at 12 Franklin Street in Greenpoint, Brooklyn, on the market for roughly $50 million, Commercial Observer has learned.

JLL broker Brendan Maddigan, who is marketing the property, said that while it doesn’t have a specific asking price, Simon Baron expects the site to trade for an amount in the low $50 millions.

Simon Baron acquired the 27,963-square-foot lot for $24 million in 2016. The firm tapped FXCollaborative to design a 168,000-square-foot office, manufacturing and retail building and secured a rezoning for it earlier this year. But instead of building the commercial project, Jonathan Simon and Matthew Baron have decided to flip the property for more than twice what they paid.

Maeve Ives, a vice president at Simon Baron, said in an email that the developer was selling the parcel because it is located “in an expanding office market where we feel the timing is right to bring to market.”

The asking price works out to roughly $300 per buildable square foot.

If built as proposed, 12 Franklin Street would have 23,000 square feet of industrial space and 134,000 square feet of retail and office. The project would also include outdoor terraces on each floor, 85 bike storage spots and underground parking for 36 cars. FXCollaborative handled the design for the building.

Maddigan added that the proposed building “has a really attractive floor plate” for smaller office tenants who are most active in the Brooklyn market right now. “There is an abundance of demand from tenants in the 15,000 to 30,000 square feet range.”

He added that the property had attracted interest from “traditionally Manhattan-based office buyers” and local family-owned real estate companies in North Brooklyn.

The project was the second one, after 25 Kent, to go through a new special permit process that allows North Brooklyn landlords to build significantly larger commercial buildings in exchange for setting aside a portion of their properties for manufacturing tenants.

Maddigan is marketing the property along with a JLL team of Stephen Palmese, Winfield Clifford, Michael Mazzara, Ethan Stanton and Patrick Madigan.