Should Downtown’s Tax Incentives Be Extended? 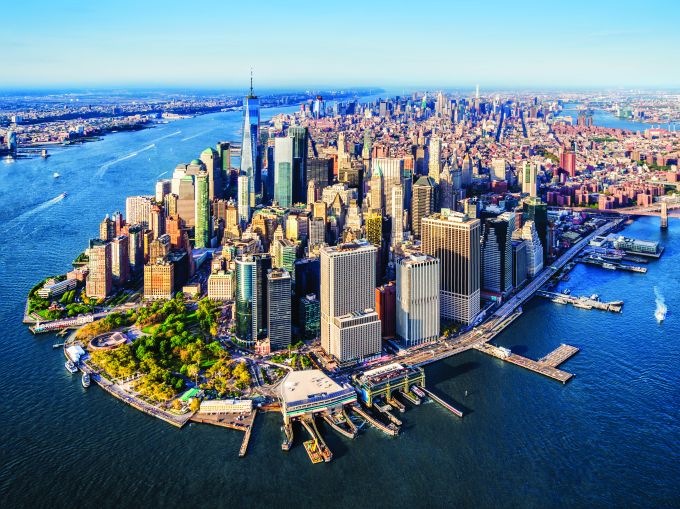 Since the turn of the century, Manhattan’s Downtown market has transformed from an aging backwater to a vibrant mixed-use neighborhood, filled with glamorous tenants, trendy retail and luxury condos.

Much of that transformation was fueled by decades of investment from the city, state and federal government, including a variety of tax incentive programs designed to attract commercial tenants, upgrade the building stock, and rebuild after 9/11.

Several of those programs are set to expire in 2020, and some Downtown advocates are gearing up for a fight to have them extended, as they have been continuously for over two decades.

What’s different this time is the environment in Albany, which dealt the real estate industry a severe blow in June. In addition, there is renewed pushback against real estate subsidies from local and civic groups, who are especially emboldened in the aftermath of running Amazon out of town.

There are four programs coming up for review in June 2020, and a key Downtown program, the Commercial Revitalization Program (CRP) is up for review in 2021. While it’s too early for legislation to have been introduced (the next legislative session doesn’t begin until January) at least one developer is looking ahead.

“There are incentives that entice tenants to come to Lower Manhattan that are expiring over the next 12 months,” Brookfield Properties CEO Ric Clark said at Commercial Observer’s Downtown Forum last month. “Those need to be extended until the final pieces of the puzzle are put into place.”

“I would expect that there’s going to be a push to renew [the tax programs] because they’ve really been very helpful, and we continue to see a need for them,” said Downtown Alliance president Jessica Lappin.

The programs that are up for renewal date back to the nineties. Back then, the Financial District, pockmarked by a vacancy rate approaching 25 percent, was facing an exodus. In 1995, then-Mayor Rudy Giuliani passed a large tax package to revitalize Lower Manhattan, largely focused on driving commercial tenants, along with jobs, to the area. Called the Commercial Revitalization Program, it provided real estate tax abatements to tenants, utility reimbursements, an incentive for residential conversions, and other incentives to encourage private investment. It was originally scheduled to expire in 2000.

That was in addition to the extension of the existing Relocation Employment and Assistance Program (REAP), which provided a per-employee incentive for businesses that moved to New York, to Lower Manhattan.

Then came 2001. “In the wake of 9/11, lower Manhattan was in crisis,” said Michael T. Cohen, a regional director at Colliers International. “There was a strong case to be made for government intervention to help that area recover from an act of war.”

The Bush administration provided the Lower Manhattan area with more than $20 billion in aid for cleanup and revitalization, of which about $8 billion came in the form of tax-free Liberty Bonds. Those were awarded to Goldman Sachs to encourage it to remain downtown; to the MTA and Silverstein Properties for the rebuilding of the World Trade Center site; and about $1.6 billion went to residential developers who populated the downtown area with luxury condos.

Additional subsidies for commercial tenants helped encourage the likes of Conde Nast and Spotify to relocate in FiDi. They received $47.5 million and $11 million in rent rebates respectively, in addition to millions in sales tax and commercial rent tax exemptions.

Now, nearly 20 years later, Downtown is considerably revitalized. Commercial rents in Downtown have continuously climbed since the 2008 recession, availability rate is below 10 percent, and rents are at a high of $63.89 per square foot, as of the third quarter, according to data from Colliers.

Which is why Colliers’ Cohen says perhaps it’s time to rethink if this is the best way to spend taxpayer money.

“The legitimate question to ask is, with Lower Manhattan having experienced a renaissance — with rents in all asset classes including the pre-1975 buildings having risen quite significantly since 2001 — with that kind of rental inflation, one has to ask is it the role of city government to subsidize that?” Cohen said.

Three of the four programs that are up for review in 2020 cost the taxpayers $28 million in 2019, according to the city’s Department of Finance tax expenditure report. The Commercial Rent Tax Reduction, a part of the CRP that applies to tenants who pay more than $200,000 in rent per year, cost $8 million; the Lower Manhattan Energy Program, which offers energy at discounted rates to businesses that improve their buildings, cost $12 million; and a sales tax exemption on interior office upgrades cost $8 million.

The fourth program, REAP — best known for being applied to Amazon — deducts $3,000 in taxes for every employee moved into Lower Manhattan, Upper Manhattan, and the outer boroughs. Citywide, it cost a total of $33 million in 2019.

George Sweeting, a research director at the Independent Budget Office (IBO), said that as these programs come up for renewal, it’s an opportunity to review them, and potentially adapt them.

“I think REAP is an example of one that it would be appropriate to take a fresh look at the areas that are eligible,” Sweeting said. “Are there some areas where you could cut it out and not have an effect on economic development?”

The best example for that, he said, is the Amazon deal, which would have subsidized development in Long Island City, an area that has quite a bit of activity going on already.

But Paimaan Lodhi, the head of policy at the Real Estate Board of New York, said that it wasn’t clear that Downtown didn’t need the incentives. “These incentives were put in place as a promise to rebuild Lower Manhattan and we’re not finished yet,” he said.

Lappin, of the Downtown Alliance, made a similar point. “We’ve made tremendous progress, but sometimes amidst all the good news and celebrating the renaissance post 9/11, we forget we’re not finished.”

In 2017, the New York City Council appointed the IBO to review and evaluate one tax program a year and their first report, published in 2018, evaluated the CRP, and its sister program the Commercial Expansion Program, which applies to the outer boroughs. “Our conclusion was we didn’t find any evidence that the job growth in Lower Manhattan differed from what you would have expected without the program,” Sweeting said.

“I thought that was a ridiculous conclusion,” Lappin said. The report found that the growth of Lower Manhattan was in line with the rest of the city, but the only way it could compete, she said, was because of the tax incentives. “[After 9/11] it was really tough to get people to think about being in this neighborhood, both emotionally and physically.”

Cohen didn’t buy the IBO’s conclusions, either. “There is absolutely no way scientifically to go back and replay history without this boost that the Lower Manhattan plan had to revitalizing Lower Manhattan,” he said.

Still, even if it had been successful in the past doesn’t mean that it isn’t time for it to be reevaluated. “One can make the argument that [the CRP program] has done its job. It’s now time for the private sector to bear the burden,” Cohen said.

As the real estate industry readies itself for the next legislative session, they’re hoping to see the programs extended in some form.

“All I can hope is that our elected leaders will have an open mind,” Lappin said. “And understand there’s a big difference between Amazon and some tech startup that we want to nurture and grow.”

Senator Brian Kavanagh, Assemblywoman Yuh Line Niou, and Councilmember Margaret Chin, all of whom represent Lower Manhattan, did not reply to requests for comment.