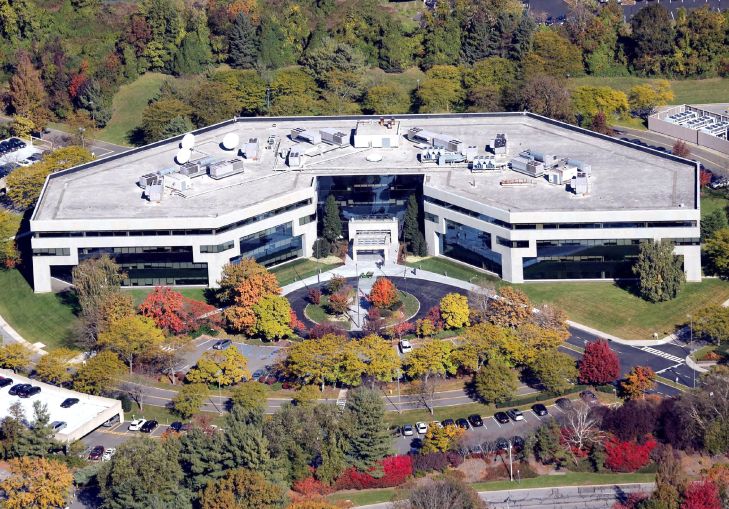 The RPW Group has acquired 100 Manhattanville Road, a Class A office complex in Westchester County, N.Y., for $36 million, Commercial Observer has learned.

The Westchester Bank provided a $26 million, four-year acquisition loan in the deal, which closed on October 17. The debt was arranged by Cooper-Horowitz’s Richard Horowitz and Justin Horowitz.

The 290,634-square-foot asset sits on a 35-acre site in Purchase, N.Y., roughly a 10-minute drive from the White Plains central business district. It was built in 1986 and renovated in 2011. MasterCard is the anchor tenant at the property, occupying 121,073 square feet of space, while its Fortune 500 neighbors include PepsiCo and Morgan Stanley.

The building’s architecture is marked with a winged contour and a facade of blue-grey granite and blue glass. Tenants have access to a landscaped courtyard, a fitness center and a cafeteria.

RPW Group — led by Robert Weisz and Andrew Weisz — is one of Westchester’s largest sponsors and had been eyeing the property for some time.

“We own more than 2 million square feet in Westchester,” Robert Weisz told CO. “This is a terrific building and a wonderful addition to our portfolio.”

Weisz said the firm is focused now on leasing up the space that beverage producer Pernod Ricard vacated at the property when the company downsized. “Westchester has seen tremendous velocity in leasing over the past two years, and is an extremely diverse market in terms of the types of companies it draws,” Weisz said, adding that the market is attracting local investors as well as investors from other markets.

RPW has transacted with The Westchester Bank several times in the past, Weisz said, and described the lender as a “terrific bank and very accommodating.” He highlighted its speed of execution as key, given the level of competition in the marketplace for acquisitions. Weisz also tipped his cap to Richard and Justin Horowitz, noting that the two firms had closed billions of dollars together over the past 30 years.

Officials at The Westchester Bank could not immediately be reached for comment Friday night.