Jeffrey Pyatt on the Birth of Broadmark Realty, His New Mortgage REIT 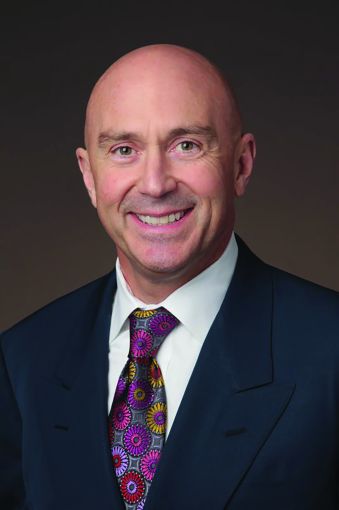 Jeffrey Pyatt is a West Coast lender through-and-through. A co-founder of Pyatt Broadmark Real Estate, Pyatt went to college in Colorado and Washington, started his career as an accountant in Seattle, and led turnarounds of companies large and small before landing in asset-backed finance with a Bellevue, Wash.-based company in 1994. He’s also helped lead several Washington State non-profits and athletic organizations, and even co-owns a Colorado livestock farm.

But you’ll likely be seeing more of Pyatt in New York City going forward. Pyatt Broadmark is merging with Trinity Merger Corp to becoming a publicly traded mortgage REIT, to be known as Broadmark Realty. That’s likely to mean more time on the road to meet with investors (and reporters) as Pyatt takes up his role as the combined entity’s CEO.

The $1.2 billion merger is the latest step for a growing firm that specializes in construction and development financing for both residential and commercial developers. Over the last 10 years, it’s closed nearly a thousand real estate loans worth almost $2 billion.

On a trip that brought Pyatt to Midtown last month, he sat down with Commercial Observer to discuss the merger and the financing opportunities that await the firm on the other side.

Commercial Observer: Can you start by filling me in on Broadmark’s backstory?

Jeffrey Pyatt: We’ve been around for just over nine years. We specialize in construction and development: everything from small borrowers who build 20 starter homes a year to a [developer] working on a $30 million apartment project. We have no leverage — that’s important. And we still won’t have leverage after the merger. I think that really separates us. Over time, our investors have averaged between 10 and 11 percent returns, and two-thirds of our borrowers are repeat borrowers. And with $1.8 billion in loans, we’ve only written off $400,000 over the course of nine years.

How do you think about how much risk you’re willing to take on?

I probably have too many sayings around the office, but one of them is that it’s easy to loan money out, but it’s hard to get paid back. So we very much focus on the assumption that every project fails going in. If we don’t want to own it, then we don’t write the loan, no matter what the loan-to-value is or how sexy the project is. We don’t write the loan if we think the project’s going to fail, but things happen.

What made this the right moment to consider the merger to become a REIT?

We were looking forward to having a permanent source of capital, which the public markets give us. We like that it gives our investors liquidity. And it will give us access to other capital markets. We also will likely have a private fund, a qualified-person fund that will co-invest with the public company in a way that will ensure there’s no cherry-picking of deals.

What’s been a typical deal for you?

Our average loan size is about $3.5 million. Typically, that might be a seven- or eight-unit townhouse project. We like to finance the small homebuilder, because that keeps our finger on the pulse of that market. And we also like the larger projects, because they usually come with more professional management. We then add another layer of professional management. We’ve done deals in 14 states, all growth states, including Washington, Oregon, Colorado and Texas. And we’re in Washington, D.C., too.

How do you pick the markets in which you want to be doing business?

We don’t want to go into markets that have what we consider to be unfriendly foreclosure laws. Primarily, we’ve looked at states with non-judicial foreclosure laws. And if they are judicial-foreclosure states, they need to still have some modicum of reasonableness. Capital preservation is a huge thing for us. We also want to make sure that pricing is good, and that there’s good market demand for the housing. We started in the Northwest right after the Great Recession, in 2010. It was tough back then, but we grew that market. Once we knew we had some traction there, we expanded into the Mountain West region and then the Southeast.

With competitive pressures eroding yields, more and more lenders are starting to provide construction financing, which you’ve been doing for years. Is it still a cozy enough corner of the market for you?

We think so. We like the space we’re in. “Only” is a big word, so I don’t want to say “only.” But we’re the only firm that I know of that has no leverage, and that is internally managed in the construction and development space in this range of product.

What makes the no-leverage distinction such an advantage? Because I’m sure that can tie your hands as well.

We’ve had about 1,800 private investors. Many of them have been with us for eight or nine years. And we can tell them that they are truly the senior secured lender in a transaction. If we pile on debt or preferred stock or something like that, then they are not the senior secured. That’s one aspect. The other aspect is that when a recession comes — and it will — the first place bank lenders tend to pull back is on their indirect lending: lending to the lenders. I think our competitors will get hit by that. But it would create opportunity for us.

Speaking of recession jitters, have good lending opportunities been harder to come by lately?

No, we have a backlog, a pipeline equivalent to about 20 percent of our assets under management. This has historically been a really nice counter-cyclical business. When banks pull back, private lenders step in. The advent of banks leaving the construction space after the Great Recessions opened it up for an up-cycle. But we see that coming back. When a recession comes we’ll be in a good position.

In many of our markets housing prices have been going up unsustainably quickly. If we can see 3 or 4 percent growth instead of 16 or 18 percent growth, that’s sustainable. I’ll take that all day. But it makes for good headlines to say, “Oh, in Seattle, house prices have been up 16 percent, but this year, they’re only up 3 percent.” Actually, that’s not a bad thing.

You lend both on single-family and multifamily construction and development. How do you decide which side of the fence you want to lean toward?

We have to go market by market. In Atlanta, the single-family business is strong and we don’t get much multifamily. In Seattle, we’re seeing quite a bit of multifamily business, given that there’s a big shortage of apartments: Amazon has driven part of that. In Denver, it’s probably 50–50.

How have you dealt with increasing competition?

Competitors come and go. We have great competitors in every one of our markets, and we’re friendly with many of them. We don’t compete on price. That’s part of our mantra. We have to stay profitable, and we can out price each other until everybody’s broke. Do we lose projects to competitors? Yes. But we seem to take our share, too. And again, having been capital constrained forever, we seem to be able to pick pretty carefully the kinds of deals we want to do.

Tell me about your approach to underwriting. What do you want to see when you get deal proposals?

I’ve been telling my folks forever that we have to act as the CFO for every builder that we finance. My opinion is that, as far as a developer or builder is concerned, a good project is one that he can get financing for. That’s not to be sarcastic: They rely on us as lenders to do the financial analysis. So if we say it makes sense for us to loan them money, then they think it’s probably a good project. It’s our job to look at everything and say, “Well, you shouldn’t do it this way. We’re going to structure it in such a fashion that it makes sense for you.” And that’s how it starts making sense for us.

Do you ever share the capital stack with other lenders?

We certainly would not split the senior position. It’s not common — but not unheard of — for one of our borrowers to bring in some subordinated debt.

When the inevitable downturn comes, what do you think will separate lenders who fare well from those who are in trouble?

I think a lot will be how they have structured their loans. There are many of my competitors who are more optimistic about the world, based on how they write loans, than we are. And as long as you have an up market, you don’t need to worry about that down market when you start seeing those problems. I think because of our loan-to-value ratios, we will be well positioned. Because of our lack of leverage, we won’t have banks and other lenders pulling out our ability to make loans, which will allow us to get continue and be opportunistic. And because of the loyalty of our borrowers, hopefully all of whom survive, we’ll have a nice pipeline of deals.