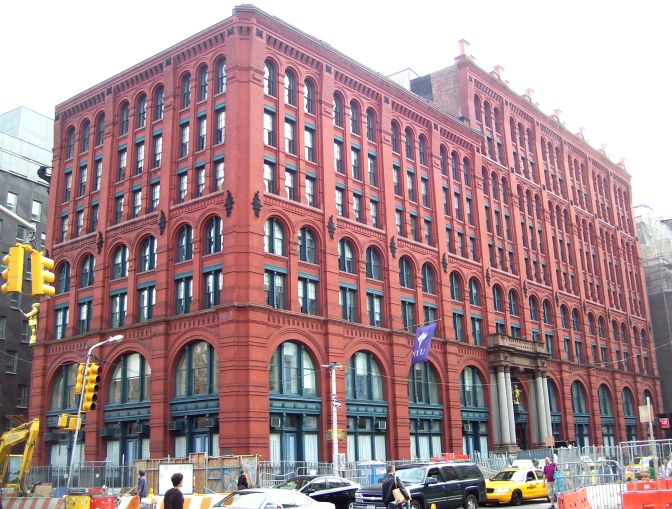 The company, which develops tools for connecting financial planning apps with banking information, has signed a 30,000-square-foot lease for the entire sixth floor of the Romanesque Revival office property at 295 Lafayette Street, on the corner of Houston Street, according to sources familiar with the deal. Asking rent for the space was $125 per square foot.

Plaid will leave its current offices at 54 West 21st Street between Fifth and Sixth Avenues in Chelsea for the Puck Building. The company currently occupies 13,075 square feet in the West 21st Street building on a lease that runs through 2023, according to data from CoStar Group.

Neither Plaid nor Kushner Companies immediately returned a request for comment.

Dartmouth Company’s Fritz Kemerling represented Kushner in the deal, and Steven Rotter of JLL represented Plaid in the transaction. Kemerling didn’t immediately return a request for comment, and Rotter declined to comment through a spokesman.

Other tenants in the 10-story Puck Building include New York University’s Wagner Graduate School of Public Service, REI and Axiom.

Disclosure: Joseph Meyer, the chairman of Observer Media, is the husband of Nicole Kushner Meyer, a principal at Kushner.