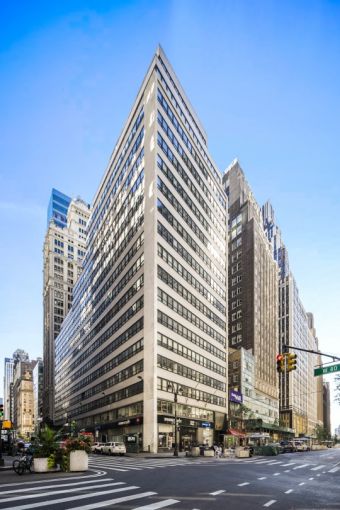 Retailer Modell’s Sporting Goods will keep its corporate offices in the Garment District for another decade, but this time will move from Seventh Avenue to Broadway.

The family-owned chain inked an 11-year deal for the entire second and parts of the third floor of 1430 Broadway between West 39th and West 40th Street, the New York Post first reported. Asking rent was $55 per square foot, according to tenant brokers Kaufman Leasing Company.

Modell’s — which was founded in 1889 and is now run by president and CEO Mitchell Modell — will move from its current digs nearby at 498 Seventh Avenue to the 22-story 1430 Broadway in the spring of 2020, according to Kaufman. It will take over the space from L’Occitane, which is relocating to 111 West 33rd Street.

“Modell’s needed a large, turnkey space from which to easily and fluidly deploy its corporate operations,” Kaufman’s Arthur Spitalnick, who brokered the deal for Modell’s, said in a statement. “This location at 1430 Broadway offers a compatible layout for a business of this scale. The property features a conference center, multiple buyers meeting rooms and direct escalator access from the lobby to the second floor providing the Modell’s team with ample room and flexibility.”

Newmark Knight Frank’s Ken Kronstadt and Rick Kramer brokered the deal for the landlord, Steinberg & Pokoik Management. Kramer said the second-floor space — which has an escalator directly leading up to it — has only had about four tenants since the building opened in 1955 and it allows Modell’s to put signage in the lobby area.

“The building, in general, has a lot of windows and that floor is loaded with windows,” Kramer said. “Because it allows them to have signage in the lobby, it’s nice to have that exposure for themselves.”