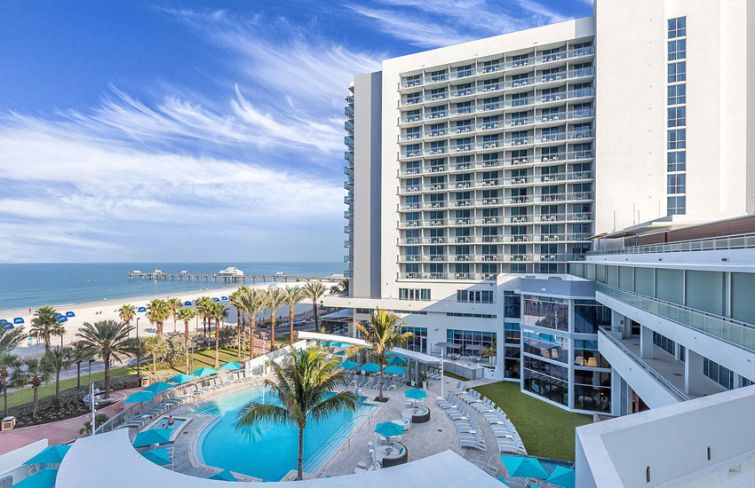 ACORE Capital has provided an $88 million debt package to refinance a hotel near Tampa, Commercial Observer can first report.

The Wyndham opened in 2017 on land that Patel had owned since before the Great Recession. The property’s rooms have balconies and floor-to-ceiling windows, many with Gulf of Mexico views, and some are designed for vacationing families, with bunk beds and kid-friendly nautical decorations. The property also has a pool, three restaurants and 22,000 square feet of event space.

Patel, a cardiologist, grew up in India but moved to America in the mid-1970s and to Tampa in 1982. Between 1987 and 2002, he ran WellCare, a once-struggling Florida health maintenance organization that he successfully turned around, according to a 2017 article in Florida Trend magazine named Patel the Floridian of the year. That year, he sold another HMO he managed, America’s 1st Choice, to Anthem for an estimated $1 billion.

As a developer, Patel has also owned Wyndham hotels in Tucson, Ariz., and Pittsburgh, according to Tampa Bay Business Journal. Development of the Tampa property was budgeted for approximately $175 million, according to the website. Patel had paid $40 million for the underlying land in 2004 before the downturn temporarily scuttled his plans.

Last October, Patel signed up for another Clearwater Beach lodging project, paying an undisclosed sum to take over development of a planned 166-room JW Marriott in the resort town. The original builder, Uday Lele, sold the project to Patel in the wake of construction delays.

Patel could not immediately be reached. A spokesman for ACORE declined to comment.