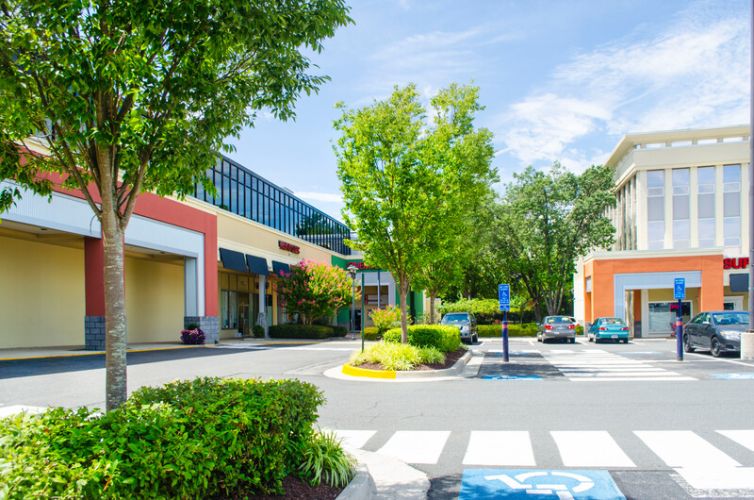 Federal Realty Investment Trust is selling a portion of Graham Park Plaza, a grocery-anchored community center in Falls Church, Va., to a developer who’s planning to transform the site into townhomes.

The REIT sold 8.3 acres on the western side of the 19-acre site to developer EYA for an undisclosed price, according to a company statement.

“Upon receiving the required government approvals, the western side of the property will be demolished and redeveloped into a residential community of 175 luxury for-sale townhomes,” Barry Carty, Federal Realty’s vice president of acquisitions, told Commercial Observer.

Meanwhile, the REIT plans to focus on improvements to a portion of the property anchored by supermarket Giant Food, Carty said. Other retailers include Jos A. Bank and Advance Auto Parts while the center also houses some office tenants on its upper floors. The improvements will include façade upgrades, landscaping and wayfinding aimed at creating synergies between the residential and retail components, Carty said.

“At the property level, adding additional high-quality housing stock to this premier location will inherently support and benefit the retail component of the site,” he said. “Upon completion, the new residential community and the enhanced retail will result in a convenience-driven and walkable neighborhood.”

Located at 7263 Arlington Boulevard, just inside the Capital Beltway and positioned between Tysons Corner and Crystal City, the site offers a unique opportunity to capitalize on the sustained growth and housing demand within the Northern Virginia region, he said.

“This strategic sale to the premier housing developer in the D.C. metro region capitalizes on the strong land value at the site and allows us to redeploy those proceeds on improvements to our other projects in Northern Virginia, including the eastern side of the Graham Park Plaza shopping center,” Carty said.

Federal Realty has approximately 3.9 million square feet of assets in the state, including the Old Keene Mill Shopping Center in Burke; Fairfax Junction in Fairfax; and Barcroft Plaza in Falls Church.

The new community, along with the renovated retail and office properties, is designed to create a dynamic mixed-use neighborhood, according to Aakash Thakkar, EYA’s EVP of acquisitions and development. “The retail and housing will create a catalytic synergy, adding strength and vibrancy to each other and the neighborhood at large,” he said in prepared remarks.

The acquisition is contingent on EYA securing government approval, which the company expects to come to fruition within a year’s time.