Crafting a Layered Safety Approach to Combat Outside Threats 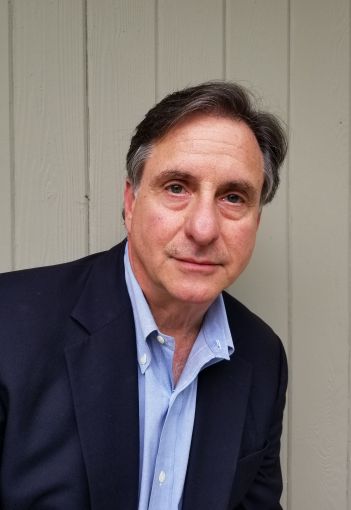 The terrorist attacks on Oklahoma City and New York’s World Trade Center shocked the nation and raised concerns that we may be more vulnerable than we previously thought.  This message has been amplified by savage attacks on schools and houses of worship, and by attempts to detonate explosives on our streets and major commercial centers. Indeed, it has become painfully clear that we may be at risk, every day, as we pass through our public spaces, shopping and going to work.

Notably, schools and houses of worship have moved with understandable urgency to secure their facilities.  But the broader challenge of protecting public and commercial spaces has stymied progress among those responsible for our safety; the slower pace is understandable due to the complexity of figuring out how to secure differently designed buildings.

Also, commercial building owners have never had to factor protection against terrorism into the overall cost of property ownership. That is, until now.

While it’s unusual for commercial property owners to adopt building-wide security, recent trends show an uptick in landlord-sponsored upgrades to secure building access, enhance surveillance and install street-side bollards to block vehicle bombs.  Owners recognize the financial need to protect against the calamity of liability if nothing were done.  This trend extends to installing security window film and film attachment systems to safeguard occupants against blast-driven glass-shrapnel injury; and, to preserve the building envelope against blast load.

Until now, the burden of securing commercial offices has fallen to tenants, forcing them to develop security plans to make their workplace safer. While these pro-active tenants may work in relative safety, a neighboring firm two floors above may not have made the same efforts.

Insurance companies recognize the benefits of making work places safer, and give insured firms a leg up to restoring operations more quickly following a serious event. While development of terrorism insurance is still in its early stages, it may be reasonable to assume that, at some point, premiums could be lowered, recognizing adoption of safeguards that could limit injuries, shorten business interruption, and speed the recovery of business operations in the aftermath of an event.

Owners should aim to build a “layered” approach to securing a building, from the outside-in, through the use of law enforcement, security technologies, engineers, architects, builders, and security film. There are a few basic components of a security plan that landlords can implement to add security for people who enter any public or private building.

When determining the areas most at risk, whether that’s a conference room, perimeter offices or outdoor patios, realize that an armed intruder may threaten forced entry, but it’s easier to anonymously deposit a hand-carried explosive device nearby a building. Remove hedges, bushes, garbage cans and other items that provide cover for an intruder or an explosive device. Entry vestibules should be enabled with lock-down capabilities in the event an intruder breaches the perimeter entry.

Owners should analyze the obvious weak points, such as pedestrian and vehicle entries, as well as the curtain wall of window glass rising up from the ground floor. Other points to consider include installing real-time cameras on the building parameter, hardening entry doors and ground level windows and door glass via security films to slow forced entry.

Owners should provide administrative, security, custodial staff and local police with up-to-date floor plans identifying all entries, stairs, elevators, rooms and lavatories. All these areas should be labeled with easily identified photo luminescent signage. Consider adding safe exits from areas where large crowding is likely to occur, such as lunchrooms, conference rooms, corridors, and atriums.

A budget should be established as well as programs that educate employees, property managers, and others on how to identify threats.

Clearly we can’t eliminate all risks. However, sensible plans can be developed to identify threats and implement the measures to reduce injuries, deaths, and business interruption. These easy steps can also buy time for first responders to arrive on the scene.