Panelists Say Building Tech Will Reshape Hospitals, Hotels and Everything in Between 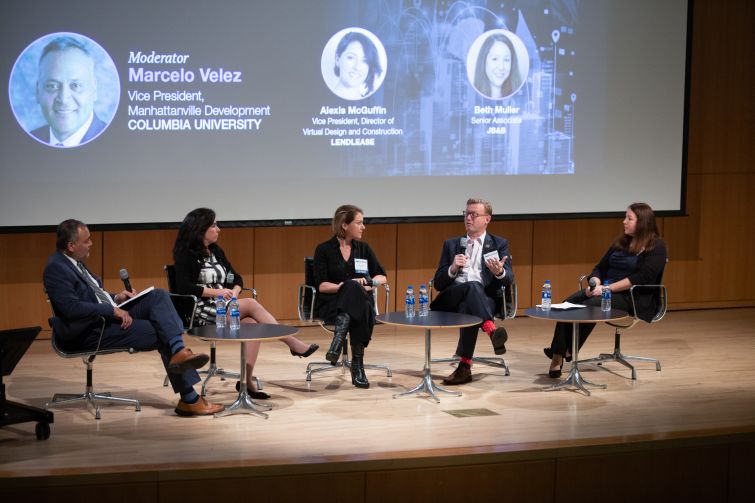 Landlords and builders aren’t the only stakeholders who’ll sooner or later have to reckon with an influx of new smart-building technology. Before too much longer, anyone who sets foot inside a commercial building won’t be able to avoid parlaying with some bleeps, bloops and bots.

Panelists at Commercial Observer’s Building Tech Forum in Midtown on Wednesday pointed out that some hospital patients and hotel guests are already finding themselves interacting with fewer human staff members and more of the circuitry-fueled ilk.

At some hospitals, “you can now check into a room and, with a tablet connected to the internet of things, control the temperature, the lighting, the window shades, entertainment options and even patient education,” said Beth Muller, a senior associate at engineering firm Jaros Baum & Bolles. “You can check into a hotel after getting off a late flight by going to a kiosk, and you can have a robot bellhop bringing your luggage up to your room. … The human touch isn’t necessarily going to be the largest factor.”

The same phenomenon is sure to impact senior-care facilities, especially as baby boomers age — a coming “silver tsunami,” according to Sean Hutchinson, a Siemens executive.

“The silver tsunami will hit facilites operations in a big way,” Hutchinson said. More artificial intelligence, he said, will be key to managing senior facilities in the face of staffing shortages.

Of course, any notion that promises sweeping changes to such a wide variety of businesses and institutions brings attendant question. One ready example: Will consumers prefer a world of less interaction with human staff, or merely tolerate it? (Perhaps the answer is a little bit of both Muller hypothesized during an audience question-and-answer period after the panel discussion concluded.)

That and other issues have persuaded real estate execs to take a more conservative approach to adopting the industry’s latest gizmos.

“We’re always advised that leading edge is good, but cutting edge is not,” said Marcelo Velez, a Columbia University official who works on the institution’s development efforts in the Manhattanville neighborhood.

Cornell University, which made its own inroads into New York City’s real estate scene with the recent construction of its Roosevelt Island Cornell Tech campus, grappled with a similar calculus during that project, but came out more on the side of pushing the envelope, according to Diana Allegretti, who directed the project’s design and construction. Cornell was keen for smart building tech to take a leading role at the site, if for no other reason than to help ignite the imaginations of the engineering students who’d be studying there.

Innovative energy and climate-control systems provide “tangible benefits for climate change, but it also acts as an inspiration to students and faculty,” Allegretti said.

It surely helped, she added, that the ground-up campus could afford to be nimble when drawing up plans in a way that larger institutions might not be able to manage.

As design and construction proceeded, “we were like a new startup,” Allegretti said. Though few faculty and students were on site in the early days, she said Cornell tried to come up with a design that included as much of their input as possible.

Smart building tech might be especially relevant for aspiring engineers and the academics who instruct them — but sooner or later, even lowly nine-to-fivers may feel a warm glow from workplaces that are boosted with an assist from artificial intelligence.

“I think it’s going to free people up to be more creative,” said Alexis McGuffin, who directs Lendlease‘s virtual design and construction efforts. “Think about how much time people spend doing repetitive tasks. If you could take that off their plate, imagine what our cities could look like. It’s the potential for [work that’s] less task oriented, and more about ideas.”