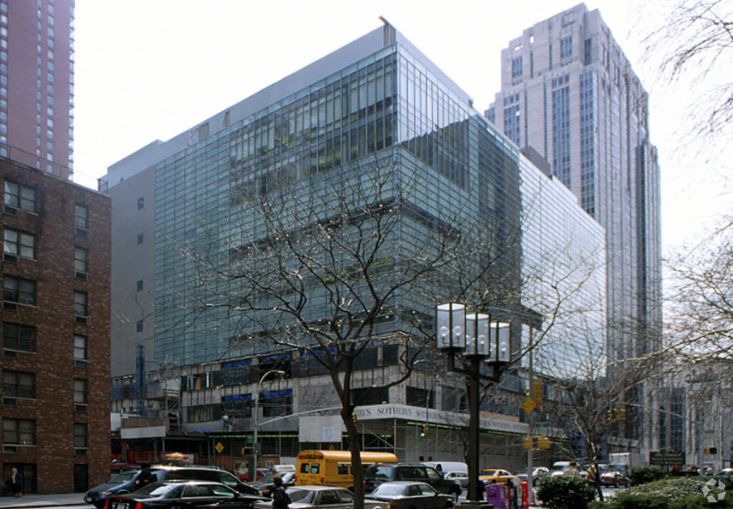 The  $252M loan on the headquarters of global auction house Sotheby’s has been picked up by BNP Paribas, according to records filed with the New York City Department of Finance.

HSBC previously held the debt position on the asset at 1334 York Avenue, between East 71st and East 72nd Streets.

In 2015, HSBC provided a $325 million package, which included $106.4 million in bridge debt, to retire an existing $235 million Bank of America (BoA) mortgage that Sotheby’s assumed in 2009 in order to repurchase its headquarters from RFR Realty. Most recently, in June 2017, HSBC refinanced that package from 2015 with $311 million, records show.

Sotheby’s bought back its New York headquarters for $370 million from RFR in March 2009 in a deal that included the company assuming the $235 million BoA mortgage. Sotheby’s had sold the property to RFR in 2003 for $175 million in what was a 20-year sale-leaseback deal, according to CoStar Group. RFR then put the building on the market in 2007 for $500 million.

As for the BoA mortgage the company assumed, $110 million was securitized through the $1.6 billion, BoA-led BACM 2005-4 commercial mortgage-backed securities (CMBS) transaction, while the remaining total wound up being included in the BACM 2005-5—a $100 million second A-note and a roughly $25 million B-note that was held outside the trust, according to Trepp commentary. The debt made up nearly 10 percent of BACM 2005-4 and almost 7 percent of BACM 2005-5, according to Trepp; that CMBS financing was set to mature in July 2015.

Sotheby’s put the building back on the market in early 2014, according to a report at the time from Commercial Real Estate Direct. It had planned to either sell the entire property or just the lower, roughly 227,000-square-foot space, aiming at consolidating its operations into a section of the first floor as well as the building’s top five floors.

After some time exploring options around the city for another location, including at Hudson Yards, Sotheby’s took its headquarters off the market in 2016, despite multiple bids on the building, according to a report from The Real Deal in November that year.

Initially built in 1921, the property has gone through a couple of expansions and renovations over the years, with the most significant happening in 1999, when the company spent $150 million to add six floors to the building and redesign its existing four floors, according to CoStar; that work expanded the asset’s square footage from just under 162,000 to around 405,000. Architectural firm Kohn Pederson Fox was responsible for the renovated design.

In February this year, Sotheby’s released renderings of its planned $55 million “reimagining” of its headquarters, a project that was designed by architect OMA in New York, according to a report by 6sqft. The renovation featured 40 galleries spread across four of the building’s 10 floors, expanding its exhibition space from 67,000 square feet to 90,000.

Representatives for BNP Paribas and Sotheby’s were not immediately available to respond to inquiries.

This story was updated to reflect an assignment rather than a refinance.