Under Construction: Union Crossing in the South Bronx 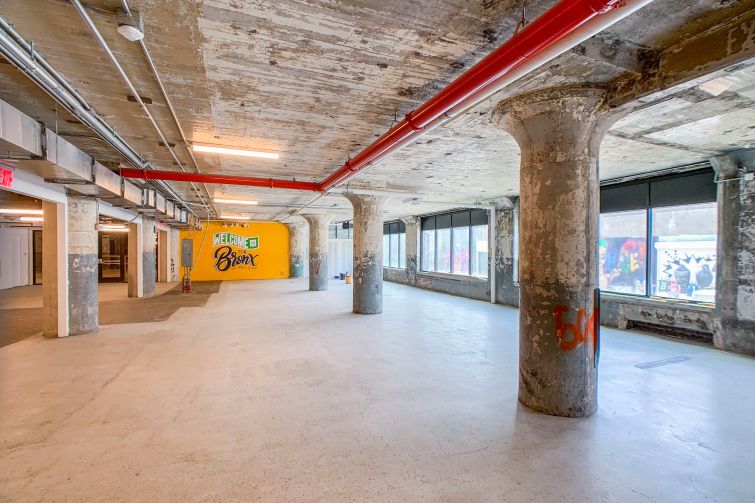 Union Crossing, former warehouse in the South Bronx, has been renovated with new mechanicals, new elevators, new bathrooms and a new lobby that includes a bright mural. Photo: Jakob Dahlin 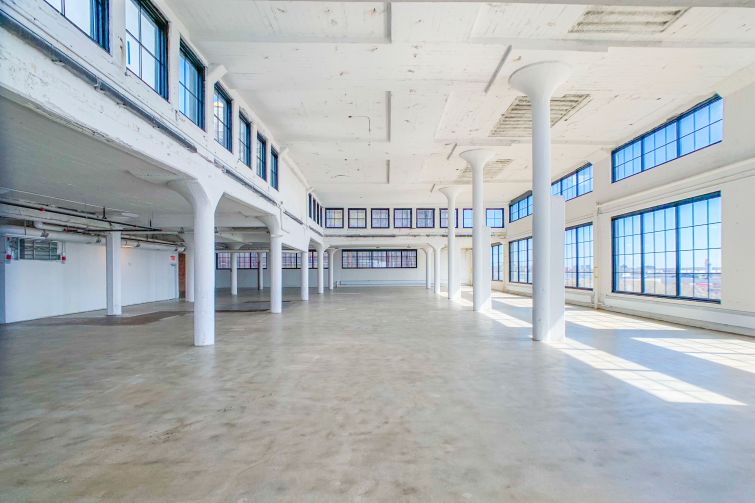 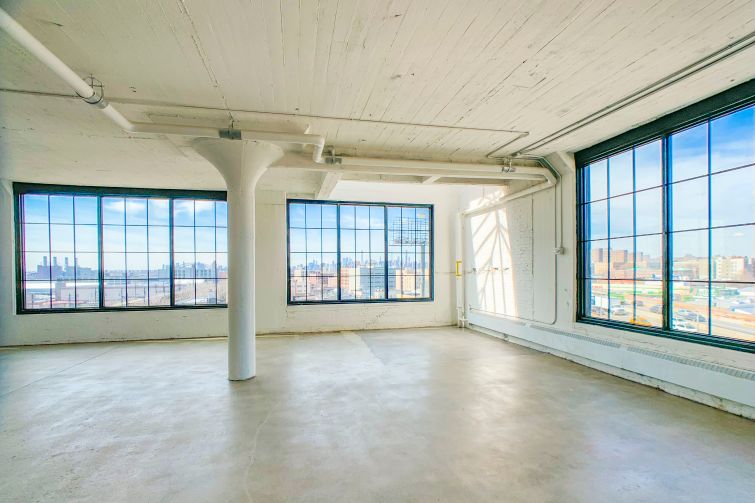 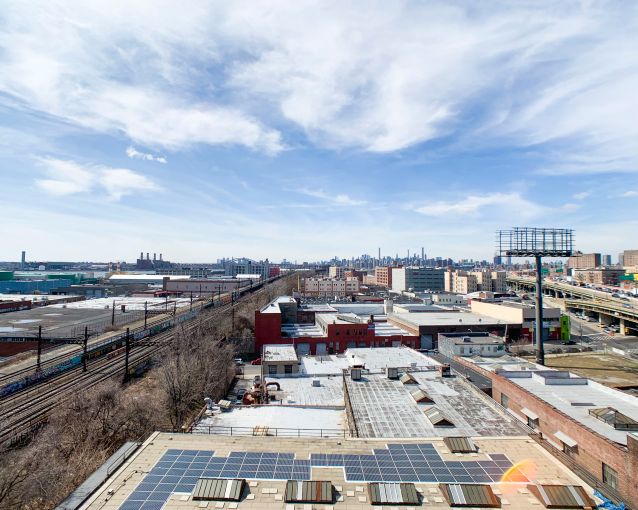 Views from the roof of Union Crossing, which faces elevated freight tracks and the Bruckner Expressway. Rebecca Baird-Remba 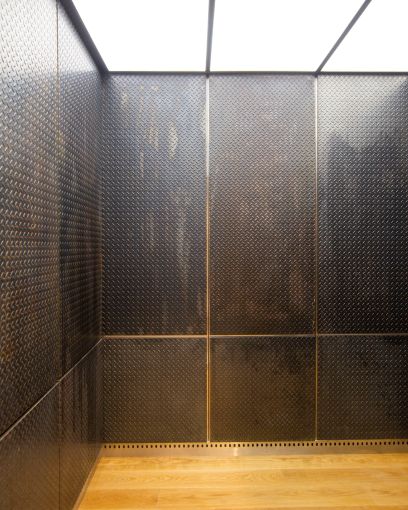 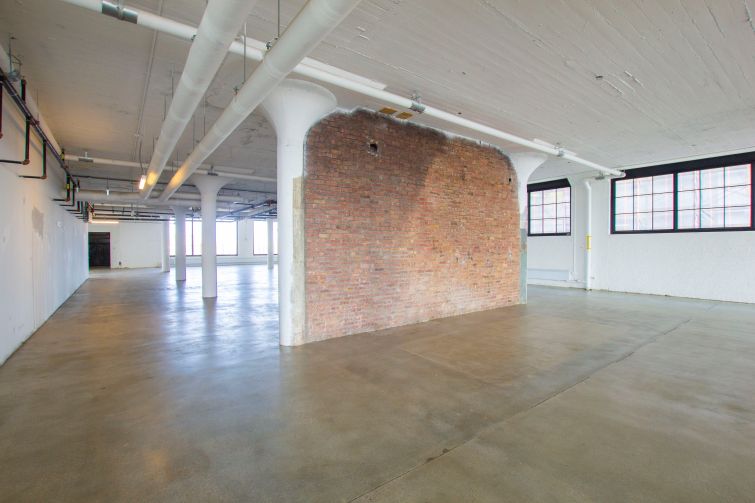 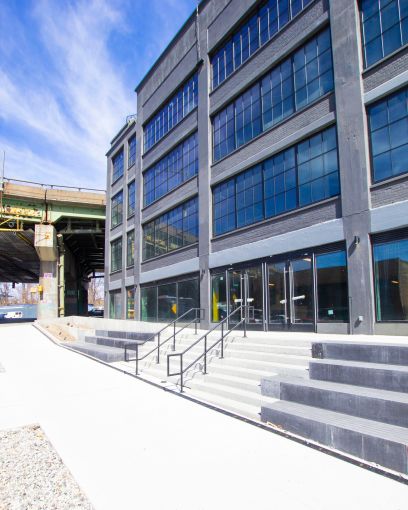 The developers were able to carve out multiple new entrances in the building, which sits on a steep block. Rebecca Baird-Remba 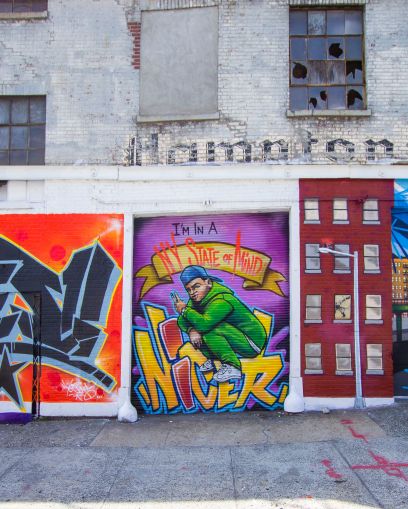 The owners worked with local muralists TATS CRU to paint a series of walls across the street. Photo: Jakob Dahlin 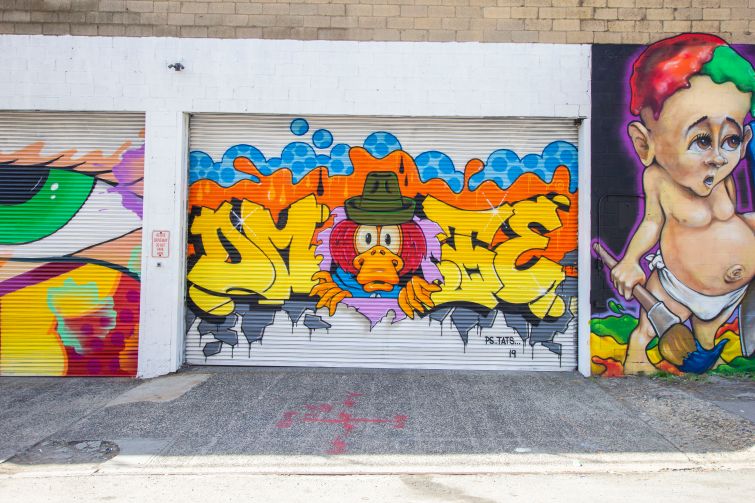 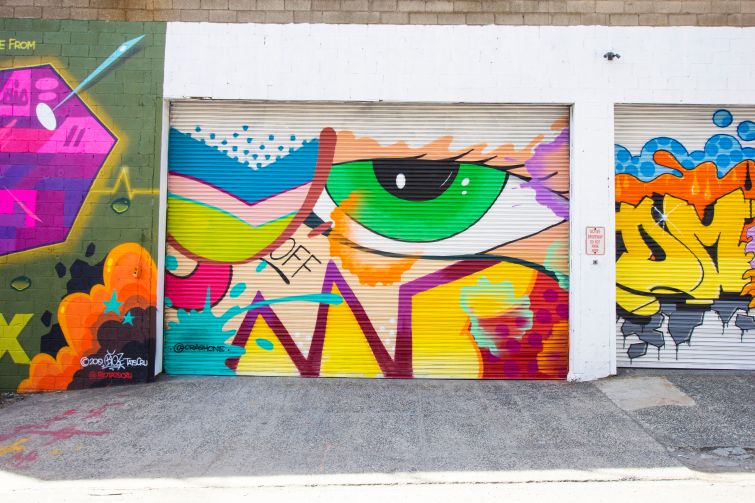 An unassuming gray warehouse next to the Bruckner Expressway in the Port Morris section of the South Bronx is trying to kickstart the office market in what has long been known as a sleepy industrial neighborhood.

Madison Realty Capital, Altmark Group, Bluestone Group and Galil Management have revamped the 300,000-square-foot property at 825 East 141st Street into offices and up-to-date light industrial space. The $45 million renovation added new windows, ground floor retail space, new mechanical systems, new elevators, a new lobby and new heating and air-conditioning. The floor heights range from 20 feet on the lower floors to 25 feet on the top floor, which has a penthouse that could become a roof deck. Barry Altmark, a principal at Altmark Group, said he expects the building to get its temporary certificate of occupancy later this month.

JRT Realty, which is handling the leasing, is negotiating with a tea company that would take part of the first floor for a tasting room and store, a caterer that wants to operate a cafe with beer and wine on the ground floor, nonprofits, and a number of city agencies. Fittingly enough, the seven-story property was originally constructed for the Atlantic & Pacific Tea Company. But for the past few decades, it was home to the Union Standard Equipment Machine Company, which produced cotton candy machines and other equipment for candy manufacturers.

“They were a big supplier to Mars and a lot of different candy manufacturers and distributors in the area,” said Altmark during a recent tour of the building. “They transitioned into the drop shipping business, and they didn’t really need such a large facility anymore. The property was basically empty for a number of years. They were just using it as dead storage.”

The brokers, Lauren Calandriello, Greg Smith and Ellen Israel, have also been talking to tech firms, trade schools, event companies and photographers. A climbing gym wants to take the property’s massive basement level, which opens onto the street and features a loading dock and defunct freight siding that connected to nearby tracks. Asking rents range from $33 to $37 a square foot, and tax benefits can knock off an additional $10 to $15 a square foot off the rent.

Altmark said that because the building sits on a dramatically sloped street, it essentially has two ground floors, allowing the developers to build separate entrances for tenants who want them.

“The great thing about the building for a lot of the tenants that we’ve been speaking to is, because the street that we’re on slopes downward, you’re able to really create multiple entrances in the building,” he explained. “So, a lot of tenants that we’ve been talking to want their own dedicated entrance. And because of the elevation change, we actually have two ground floors. And because the building is so large, we’ve really been able to attract a lot of the tenants that would be otherwise looking in Brooklyn or Queens that don’t want to pay at a Brooklyn or Queens price point.”