Historic Building in Flatiron on the Market for Close to $50M 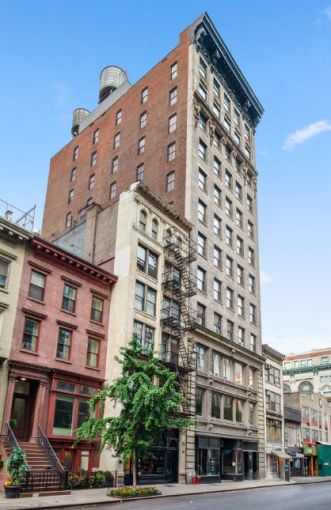 A landmarked commercial building in the Flatiron District hit the market this week with an asking price in the range of $50 million, Commercial Observer has learned.

JLL is marketing the 12-story, 66,190-square-foot property at 56 West 22nd Street, between Fifth and Sixth Avenues, according to the brokerage firm. The property, which was built in 1907 along the shopping district once known as Ladies Mile, is owned by Fifty Six Realty Corp, according to property records.

JLL has not released an asking price, but a source with knowledge of the property pointed to a price near $50 million.

The property’s longtime ground-floor tenant, N.Y. Cake and Baking Distributions, which had been in the building for two decades, relocated up the block in 2018, as Commercial Observer reported at the time, and has not been replaced.  The remaining tenants have leases that expire by 2021, so the property is ripe for repositioning, according to information from JLL, which is marketing the property.

“The building is architecturally appealing, with an open, side-core layout that is perfectly suited for the creative office tenants that continue to dominate and flourish in the Midtown South submarket,” Knakal said in prepared remarks.

The building, which has been in the same owner’s hands since at least the seventies, was landmarked in 1989, along with close to 400 buildings in the Ladies Mile Historic District, an area known for its opulent shops and architectural grandeur at the height of the Gilded Age.