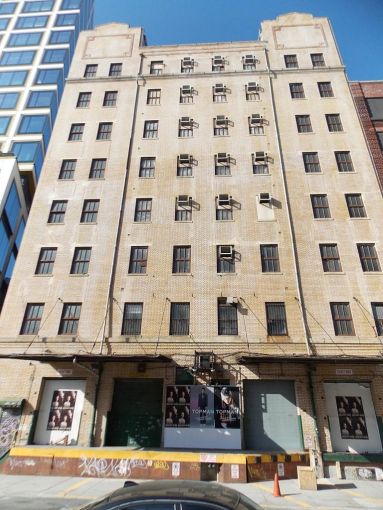 Erbo Properties, led by landlord Erno Bodek, has scored $56 million in construction financing from G4 Capital Partners for its planned conversion of an existing warehouse property in West Chelsea, according to records filed this week with the New York City Department of Finance.

The debt will cover the renovation and conversion of an eight-story warehouse property at 541-545 West 21st Street in Chelsea into offices, with retail space to be included on the ground level.

This deal comes after Bodek landed just over $23 million in bridge financing from G4 in March in order to take out previous debt on the property and fund pre-development costs for the planned work. The new construction debt — plus the bridge financing from March — was arranged by a JBA Equities team led by principal Jonathan Aghravi, along with Charles Han, according to information from JBA.

“This is an exciting project,” Aghravi said in prepared remarks. “We’re proud to have structured the initial bridge loan with G4 to help the new owner recapitalize the deal, and now to arrange construction financing that will fully activate this site.”

Bodek is partnering with Ray and Peter Cecora of Higher Ground Development to undergo the renovation, according to information from JBA. The group will “modernize” the space, upgrading the elevators, adding a new facade and larger windows as well as rooftop amenities

Built in 1915, the roughly 65,000-square-foot property is zoned for commercial use and was previously occupied by art-storage company Crozier. Bodek put the project on the market in 2015, hiring Meridian Investment Sales and Rosewood Realty Group to manage the sale, according to a report from Crain’s New York Business. At the time, Meridian’s David Schechtman estimated that the property was worth $65 million.

The property is located less than a block from the heavily trafficked The High Line in Chelsea.

Officials at G4 were not immediately available for comment.

This story was updated to include the G4 executives who originated the construction debt.