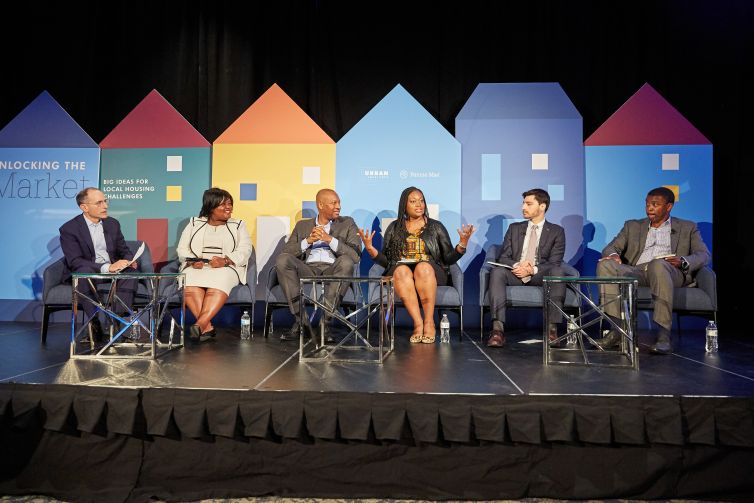 At a Washington, D.C., housing conference on Wednesday, representatives of several major corporations and nonprofits each spoke to a growing recognition of workforce housing supply as a critical issue, even for companies in unrelated fields like tech and health care. Attracting top talent has always meant chasing workers to some of the country’s top real estate markets, but the executives that turned up to the event, hosted by Fannie Mae and the Urban Institute, acknowledged that their companies’ presences can also make life difficult for renters who might be squeezed out by induced demand.

“At Google, we’ve really recognized that we have to do more and step up,” said Michele Jawando, a director of community engagement for the internet-search giant. “What are the assets we have, and what can we share?”

Those questions, she said, led the company to embark on the Bay Area housing initiative it announced in June, which will see Google put $1 billion towards housing initiatives in Silicon Valley. The company says it will work with local governments to re-zone $750 million of land it owns in the region for residential use, and will also create a $250 million fund to provide affordable housing loans or otherwise invest in such projects.

“If you ask a single mother in Sunnyvale, [Calif.], what it would mean to have her own home, that’s impact,” Jawando said.

Given that tech companies’ growth has helped create some of the country’s most acute affordable-housing crises in places like Silicon Valley and Seattle, addressing the problem is of obvious relevance for players like Google. But the issue falls just as squarely on the shoulders of health care networks, said David Zuckerman, an engagement director at Democracy Collaborative. That’s because in many cities and regions, hospital groups are the single largest local employer.

Across the U.S., health care systems have hundreds of billions of investment dollars linked to foundations they control, “but almost all is invested in stocks and bonds,” Zuckerman said. Now, major hospital groups are beginning to realize that more local community investment can be a good fit for some of those funds instead.

One example would be Johns Hopkins University, represented on the panel by its vice president for economic development, Alicia Wilson. The private Baltimore institution, which includes a large health care network, has sometimes been an uncomfortable fit in the metropolis, which has struggled in recent decades with poverty. But Wilson was adamant that Hopkins is making progress on community relations.

“We realize that housing issues are manifestations of complex issues,” Wilson said. “There are structures that have prevented people from getting educations, and structures that prevent wealth-building. But the reward is so much greater [for institutions] that dip their toe into [community investment].”

Prudential Financial, based in Newark, N.J., has also taken on local housing challenges against a tough urban backdrop, according to Daryl Shore, the company’s director of inclusive communities. Through both for-profit and grant-based investing, Prudential has helped create 1,500 apartments in the city’s central business district, he said, noting that even in hardscrabble Newark, housing affordability is a serious concern.

“I think people will assume that affordability isn’t an issue that we deal with, but the city is starting to see a renaissance of jobs,” he said. “The poorest parts of the city are seeing an increase in evictions and speculators. Cities shift in the blink of an eye.”

Correction: A previous version of this story incorrectly stated the number of apartments that Prudential Financial has created in Newark. It is 1,500 — not 15,000.